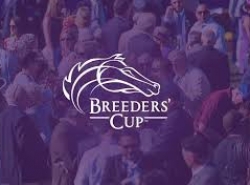 The Breeders’ Cup World Championships is the year-end culmination of the best horses from around the world in every division. The $31 million event – which will increase to $35 million in 2021 – is comprised of a total of 14 Grade 1 races run over two days every November. Knowing the Breeders’ Cup odds and the Breeders’ Cup best bets is the only way to get ahead in the competitive world of horse racing betting.

Keep an eye out for the Breeders’ Cup betting challenge, a “real money” handicapping challenge that is held over Breeders’ Cup weekend. The challenge has a $10,000 buy-in, of which $2,500 goes to the winning pot and $7,500 is what is wagered by the bettor. The prize amount is $1 million.

The $6 million Breeders’ Cup Classic (G1) is almost as important as the Kentucky Derby in terms of betting in the United States. The 1 1/4 mile race brings together the best horses from both the three-year-old and older horse division, as well as several overseas runners from places like the United Kingdom and Japan. They are all put in the starting gate together to crown that year’s champion. Breeders’ Cup Classic odds fluctuate up until the gate opens, but it is a race that provides some great payouts.

To keep an eye on Breeders’ Cup Classic live odds, a variety of online racebooks provide bettors with the ability to wager on all the races. When hunting for the best racebook to place a bet, make sure to compare their promotions. Bonus bets, betting rebates, and wagering contests differ between services, including vital details such as rollover and rebate rules. The best online racebooks help players get the most out of their wagering dollar.

Breeders’ Cup entries are drawn 72 hours before the races. Horses first Pre-Enter the races up to two weeks before, while a committee sort out what horses get preference in which races. Horses are allowed to Pre-enter more than one race, as long as they mark their preference in order. For example, a horse can Pre-enter in both the Classic and the Turf, but they have to designate that they would rather run in the Classic than the Turf. After being ranked, owners and trainers know if the horse has a good chance of getting into their desired Breeders’ Cup race. Then 72 hours before the races, the horses are actually entered, or “declared.” At this point, they must select a single race.

There are 14 races that make up the Breeders’ Cup.

The Friday races are for two-year-olds as follows:

The Saturday races are all for three-year-olds and up:

The Breeders’ Cup entries and odds for these races will be announced closer to the event.

The Breeders’ Cup betting menu changes each year depending on the order of the races, which depends on how many horses the fields draw. There are five Breeders’ Cup races on Friday, and nine on Saturday. Pay attention to the Breeders’ Cup current odds as post time draws near.

The Friday Pick 6, Pick 5s, and Jackpot Super High-5 may carry over to Saturday’s card. Any Pick 5 carryover from Friday or Saturday will carry over to the late Pick 5 on Saturday. Saturday’s Pick 6, late Pick 5, and Jackpot Super High-5 have a mandatory payout in the Breeders’ Cup Classic on Saturday. As for Breeders’ Cup bet minimum bets, there are $10 Head2Head wagers, $2 win, place, show, and Daily Double, then $1 Exacta and Pick 6, and 50 cents for the Trifecta, Pick 3, Pick 4, and Pick 5, as well as a 10 cents superfecta.

The Breeders’ Cup began at Hollywood Park in California in 1984 and has a relatively short history compared to some of the historic events in racing that have been going on since the 1800s. There were originally just eight races on a single day, but in 1999 an eighth race was added, and in 2007 the event was split into two different championship days. Now there are 14 Breeders’ Cup races over two days.

The Breeders’ Cup is a traveling event, moving from track to track around the country. After Hollywood Park it was held at Aqueduct, Santa Anita Park, Churchill Downs, Gulfstream Park, Belmont Park, Woodbine, Arlington Park, Lone Star Park, Monmouth Park, Keeneland, and Del Mar. Santa Anita Park has hosted the event more times than any other track, ten times through 2019. Churchill Downs is next with nine host years. The Breeders’ Cup has only been held once at tracks like Woodbine, Monmouth, and Lone Star. Keeneland will host for the second time in 2020, and Del Mar for the second time in 2021. Keeneland will get it back again in 2022.

The winningest Breeders’ Cup jockey is Mike Smith, who has a record 26 wins through 2019. John Velazquez has 16, Jerry Bailey 15, and world-renowned Italian jockey Frankie Dettori 14. Trainer D. Wayne Lukas leads all trainers with 20 wins. Bob Baffert and Chad Brown have 15 each, and Irish trainer Aidan O’Brien has 12. Between them, they account for some of the biggest Breeders’ Cup wins ever.