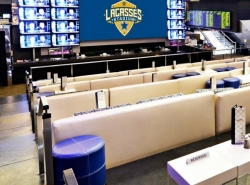 The signs are everywhere in Las Vegas. There might be more advertisements for Las Vegas sports betting apps on the world famous Strip than there are for Cirque du Soleil performances.

Mobile devices are changing the way bets are made in the state of Nevada, and CG Technology is one of the many betting platforms fighting for that valuable sports betting space.

Bettors aren’t just joining the lengthy queues at land-based sportsbooks and waiting in line to wager on the spread. It seems all punters have phone in hand anymore, enjoying the endless betting options online.

Players must be 21 years of age or older to wager anywhere in the state, including on CG Technology entertainment esports. 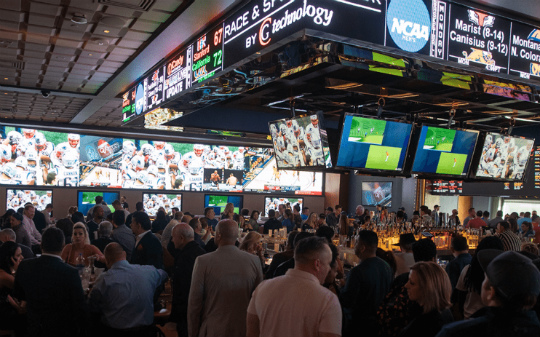 Corporations that own and operate multiple properties on the iconic Strip run their own top Las Vegas sportsbooks and offer players an in-house sports betting app.

Caesars has eight resorts starting with the flagship property at Caesars Palace, but it includes other destinations like Planet Hollywood and Paris. MGM Resorts has nine resorts on Las Vegas Boulevard, with such popular spots as the Aria, MGM Grand, and Bellagio.

However, many hotels and casinos in Las Vegas are still independently owned. CG Technology looks to lease their high-end sportsbook space and run the venue for an agreed-upon amount of time.

The company also provides its own betting lines and online app through CG Sports and CG Casino.

CG Technology, a division of the Wall Street firm Cantor Fitzgerald, is now one of the largest licensed bookmakers in Nevada. It currently operates seven sportsbooks, with many of them on the Strip.

For example, CG Technology leases valuable space with some of today’s heavy hitters, including the Cosmopolitan Sportsbook, Lagasse’s Stadium at the Palazzo Sportsbook, and the Hard Rock Sportsbook.

Bettors are encouraged to register and use the CG Sports app at all of its Las Vegas locations, which also include sportsbooks at the Venetian, Tropicana, Palms, and Silverton casinos.

The M Resort, which has been the flagship sportsbook for CG Technology for a decade, did not renew its lease with the company in April 2019. It’s one of the most recent setbacks for the gaming company which is trying to overcome a tarnished reputation.

CG Technology made a huge entry into the sports betting industry in Nevada in 2009 and pioneered the popular in-running wagering, among other innovations. But the gaming company has struggled for market share and growth in recent years.

Nevada regulators fined CG Technology an industry-record $5.5 million in 2014 for allowing one of the company’s key executives to run an illegal sports wagering operation.

Two years later in 2016, CG Technology was ordered to pay a $1.5-million fine after customers received lower payments on some of their wagers.

At a time when sports betting is making inroads in just about every state across the country, CG Technology seems to be fighting the odds in this billion-dollar game.

CG Technology bookmakers in Las Vegas are known for taking more risks than other sportsbooks. They have made a mark with high rollers for taking the big bets on big games, even though their reputation is not at the level it used to be.

Here are some of the sports bettors can wager on at CG Technology’s land-based sportsbooks and betting app:

Here are some of the bets available at the land-based Las Vegas sportsbooks powered by CG Technology:

The minimum wager for any bet is $5 on the CG Sports app, but $10 at most land-based sportsbooks.

CG Technology permits bets on tablets that do not have data plans. Wagers may be made over a wireless Internet connection as long as it is in Nevada.

Complimentary drinks require a big bet at CG Technology sportsbooks, especially the Cosmopolitan where a bettor needs to wager at least $300 to get a free drink at the nearby sports bar. This is a lot more than what’s required at off-the-Strip venues like the Westgate SuperBook. 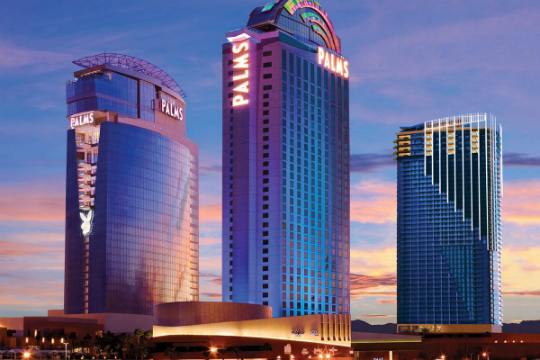 All seven CG Technology sportsbooks are located on the Strip or close to Las Vegas Boulevard. Their hours of business are typically 8 a.m. to 10 p.m., although Lagasse’s Stadium doesn’t open until 11 a.m.

Here are their locations in Las Vegas, with three resorts serving locals and four on the Strip:

There are many forms of public transportation available for new arrivals at McCarran International Airport, including taxi, transit bus service, and limousine. But the most budget-friendly choice is one of two ride share programs Uber and Lyft.

These apps can be downloaded to your phone. Pick one of them to check out the price for a ride before you confirm the deal. No cash changes hands as all the details, including payment, are done electronically. A ride to one of CG Technology’s sportsbooks typically runs about two-thirds the cost of a taxi fare.

Parking is free at all the resorts where CG Technology runs the sportsbook, except the Cosmopolitan. It’s $15 a day to park at this prime Strip location. 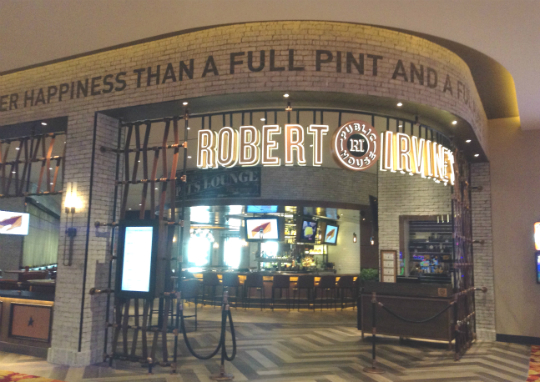 Some of the Las Vegas resorts where CG Technology calls home are luxurious with impeccable properties — like the Cosmopolitan and Venetian. Others are more for the younger crowd who want to party — like the Tropicana and Hard Rock.

No matter which one you choose to visit, there is always something good to eat at any of these spots. Plus, complimentary drinks are free for players on the casino floor, but a tip is always a good idea if you’re hoping for a second round. 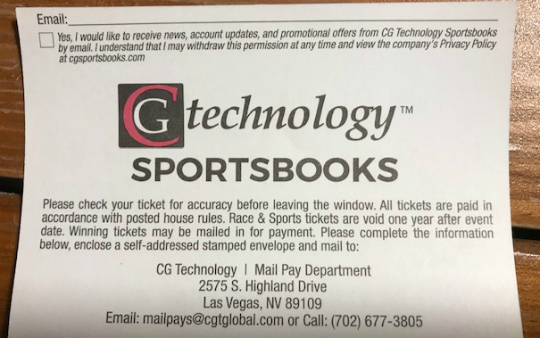 The resorts that have leased their sportsbook space to CG Technology do not allow guests to participate in their respective rewards programs when placing a bet at the sportsbook. In other words, sports bettors cannot earn points on their Identity rewards card at the Cosmopolitan. 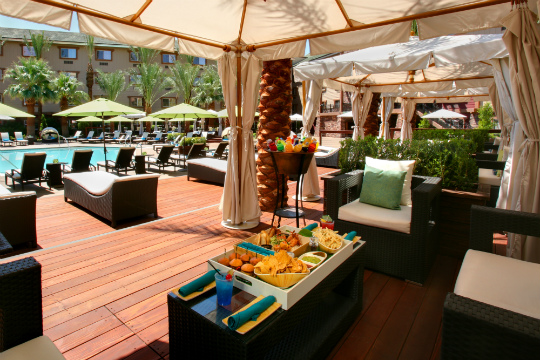 CG Technology has its own casino app which can only be used within the confines of a CG Technology-enabled resort, like the Venetian or Palazzo. The gaming company has nothing to do with the physical slot machines that are in operation at the resorts where it leases sportsbook space.

CG Casino has a mix of classic games along with proprietary ones developed by the company. The app is available to customers who are 21 years of age and older.

Download CG Casino and then visit a CG Technology sportsbook to establish a mobile wagering account. A minimum deposit of $25 is required.

While complimentary drinks are available for players of slot machines and table games on most casino floors in Las Vegas, like the MGM Grand, players on the CG Casino app do not earn free beverages.