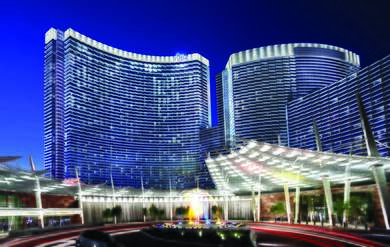 We have been all over the Strip looking for the best bang for your buck when it comes to trendy sportsbooks and Las Vegas betting. You will see in this review that the Aria sportsbook is one of the best in town.

The Race & Sportsbook at Aria has to rank near the top of that list with its comfortable chairs and walls of TV screens. From the front row to the group couches, there isn’t a bad seat in the house.

Watch your winnings add up in this non-smoking venue in the northwest corner of this luxurious resort.

The Aria Resort & Casino is located at 3730 South Las Vegas Boulevard, right in the heart of the CityCenter complex and the Las Vegas Strip.

You must be 21 years of age or older to make a wager on the Aria Las Vegas sportsbook odds in the Silver State.

Guests can spot the venue not only by the Aria sportsbook sign but by the fresh smell of the East Coast-pizza from the Five50 Pizza Bar. Visitors walk down a hallway of the Aria Las Vegas sportsbook and arrive at an open room with a ticket selling area to the right.

There is row seating with comfortable lounge chairs throughout the room that features a wall of 90 high definition screens. If a game or horse race is on somewhere in North America, it’s a good bet you will find it on one of the dozens of televisions. For those in a group, there are also stations of plush couches for cheering, excitement and high-fives.

There are a few ways to make your bet after looking at the Aria sportsbook odds. The most obvious option is to wait in line to make a wager at one of the many ticket sellers.

If waiting is not your thing, Aria betting odds are offered on horse racing and sports betting at interactive betting stations. The guest still gets a hard copy of their wager but places the bet manually at one of these machines.

Aria online sports betting is also offered on the playMGM app, which is powered by the IGT PlaySpot mobile betting platform. There are many MGM properties on the Strip, including the Aria.

Guests can use the Aria sportsbook online, but there are some restrictions. Las Vegas visitors can only use the app, which includes Aria entertainment esports, within the state of Nevada. That’s why trusted top-ranked online sites like Bovada are a better wagering option.

Aria sports betting offers wagers on all the major sports along with horse and dog racing. There are also some futures wagering and a few prop bets on major championships, but the Aria sports line doesn’t come close to what Bovada has to offer.

This major online player has dozens of prop bets and teasers, not just on championship events but daily games as well. No one matches the list of categories to bet on like Bovada, including every televised sport, politics, entertainment and esports.

Place Your Bets at Aria Sportsbook

Most of the Aria betting lines are limited to the money line, point spread and over/under totals. There is some future betting — like picking the Super Bowl winner — and the odd proposition bet.

The book is open daily as well for horse racing from such famous tracks as Belmont Park in New York, Churchill Downs in Kentucky and Santa Anita in California. Horseplayers can play win, place or show or enjoy the riskier options of the exacta, trifecta, daily double and other exotic bets.

Most resorts on the Strip attempt to offer something for everyone. The Aria sportsbook is hardly the main attraction in this award-winning resort. For the avid sports player, the Westgate SuperBook off the Las Vegas Strip is the place to be for live sports betting action.

Resort Location on the Strip

The Aria Resort & Casino is located on the west side of South Las Vegas Boulevard surrounded by the Cosmopolitan, Vdara and Park MGM. Taxis, Uber vehicles, and limousines arrive on Aria Place and park under a dazzling canopy at the main entrance.

Gulp! How Much for Parking?

A majority of casinos started charging for parking in 2016. Aria was included on that list. “There is not one other issue that people are more outraged about than charging for parking on the Strip,” said Las Vegas gambling expert David Schwartz, “and that is not hyperbole.”

Cheapest Rides on the Strip

Public transportation and ride-sharing programs are the best bet for visitors staying at the Aria. Taxi services are being replaced by rideshares like Uber and Lyft. Limousine services are available with the going rate around $85-90 an hour.


Food & Drinks: I’ll Have Another

The luxurious Aria resort is home to some of the best restaurants in the country. There are about two dozen spots to choose from including Jean Georges Steakhouse, Julian Serrano Tapas and Bardot Brasserie.

Aria is just one of eight MGM properties on the Las Vegas Strip. The others include the Bellagio, Mirage, Mandalay Bay, MGM Grand, Park MGM, Luxor, and Excalibur. All of these resorts offer a rewards program called Mlife.
Mlife members gain exclusive access, benefits and rewards at all of the MGM venues by earning points for every dollar spent or gambled. The starting tier, which is Sapphire (blue card), has limited benefits, but the rewards change at the next level called Pearl. These members are awarded discounts, dedicated line options at restaurants and buffets, and complimentary parking. Members can continue the climb up the Mlife ladder into Gold, Platinum and the Noir level (black card), but we’re talking really heavy hitters here. The higher the level, the more privileges on meals, room rates, and complimentary gifts. Tier credits are accumulated from October 1 to September 30. If you advance to a higher tier at any time you’ll enjoy those benefits for at least one full year.

In the 67 acres of hotels, shopping centers, residential towers, and restaurants in the $8-billion City Center complex stands the crown jewel in the Aria, with its hotel rooms and suites and 150,000-square-foot casino floor. This area of the resort is very spacious and modern. The gaming area is surrounded by restaurants, bars, lounges and a walkway, which allows pedestrian traffic to circle the casino floor instead of walking through it. Though an exact number isn’t listed, there are thousands of slot machines new and old at this resort. Prices range from penny slots all the way up to the high roller slots of $1,000 or $2,000 a pull, just like other major venues on the Strip like Caesars Palace, Venetian, and MGM Grand. Gamblers looking for table game action will find 12 baccarat tables, 33 blackjack tables, 12 craps tables, and other games such as Three Card Poker, Big Wheel, Ultimate Texas Hold’em, Casino War, Let it Ride, Crazy4Poker and Pai Gow Poker. The Aria also offers two high limit rooms with $100 minimums. One of the questions most often asked by visitors to Las Vegas is: “Can I get a complimentary beverage.” The answer is yes, but only if you are gambling. Servers will greet your table or players at a slot machine with the often-heard question: “Drinks?” Make sure to tip at least $1 for your beverage of choice or you won’t likely see this server again.

The Aria is an award-winning, world-class resort. It has a AAA Five Diamond rating. Nothing is cheap here, including the price of a stay.