The U.S. Open, the second of golf’s four annual majors, is held in mid-June so that the final round is played on the third Sunday of the month — Father’s Day. The championship was established in 1895 and played on a nine-hole course in Rhode Island. Willie Anderson, Bobby Jones, Ben Hogan and Jack Nicklaus hold the record for the most U.S. Open titles with four each. 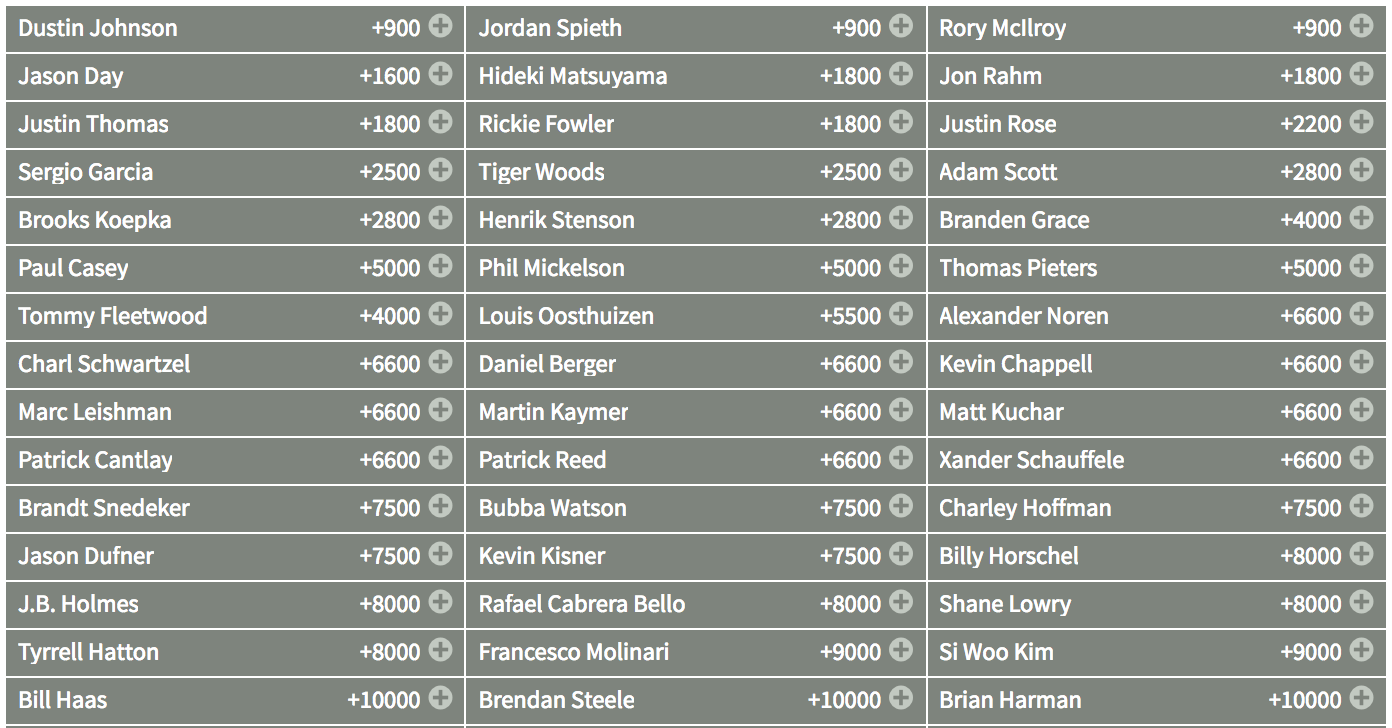 The host site for the U.S. Open moves around every year, even though it seems to return to certain courses once a decade.

The USGA, which overlooks the championship, puts a premium on driving accuracy and scoring. Birdies typically don’t come in bunches over the 72-hole event, even though 2011 champion Rory McIlroy and 2017 winner Brooks Koepka hold the U.S. Open scoring record at 16-under par.

McIlroy won his title by eight shots at Congressional in Bethesda, Md., while Koepka captured his first major at Erin Hills in Erin, Wis., by four strokes.

Tiger Woods holds the record for the largest margin of victory when he won his first of three U.S. Open titles in 2000 at Pebble Beach in California by 15 strokes. He shot -12 (272). The rest of the field was over par.

Curtis Strange is the last player to win consecutive Open titles (1988-89), while Phil Mickelson has been a runner-up six times in the national championship.

There are three co-favorites on the Bovada betting board for the 2018 event. Dustin Johnson, currently the No. 1 player in the world, Jordan Spieth and McIlroy all sit at +900 to capture the title.

Mickelson is +5000. Woods, who is fighting to regain his form after numerous injuries and surgeries, is listed at +2500.

For sports bettors, Shinnecock Hills offers a little bit of history since this is the U.S. Open’s fifth visit to the Maryland course.

James Foulis won the second U.S. Open in 1896 with a score of 152, three shots ahead of Horace Rawlins.

The championship returned to Shinnecock 90 years later in 1986 where Raymond Floyd won his first national title. He finished the 72-hole event at one-under par (279), two shots ahead of Chip Beck and Lanny Watkins.

In 1995, Corey Pavin scored his first major victory when he shot even par (280) to finish two shots ahead of Greg Norman.

Retief Goosen grabbed his second U.S. Open crown in 2004 when he shot four-under par (276), three shots ahead of Mickelson.

From these previous four events, it looks like the golf course is the big winner. If a competitor can stay around even par, he should have a good shot at this coveted crown.

Tiger Continues His Major Quest The comeback is in full swing, and so is Tiger Woods. The 14-time major winner has taken the golf world by storm since returning to action in January at Torrey Pines. Attendance at these events, some that Tiger never played in before, are smashing records. Television ratings are approaching marks […]