Over Under Betting Explained 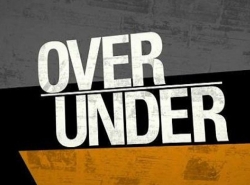 Totals and Over Under Betting

Much like we’ve seen with moneyline betting and spread betting, over under odds are extremely popular in sportsbooks and racebooks across all major online providers. Probably second only to moneyline betting, which is otherwise known as totals betting – they mean exactly the same thing, but just have two different names.

Over under betting is unique as it allows bettors to bet on the score of a game rather than the teams involved. This is particularly good for bettors who are neutrals and are uninterested in the success of either player or team involved in the wager. Equally, if the bettor has little desire to follow the teams or sports involved, they can just tune in and see how many each team scores.

If a bettor has some inside information about a certain sports event, they can leverage this by making predictions based on the score of a game. Over under odds aren’t reliant on the success of players or teams and this is a rarity in the betting world.

What is Over Under Sports Betting??

A common question among our readers is “understand how does over under betting work?” Well, it’s quite simple. An over under bet is where a bettor predicts the event/race/game will go above or below a specific threshold. What does this mean?

For example, you could bet on the over under in an NHL hockey match. This would entail a bettor choosing whether they think the total score of a game is likely to be over or under 8.5. Let’s say the bettor chooses the over, they are predicting that both teams will score a combined total of 9 or more. If this is true, the bettor will receive the payout.

The vast majority of top-tier online providers will offer odds at a half (.5) in order to avoid ties between the provider and punter. Generally speaking, the other under is concerned with the points/goals/runs scored. However, some sports will allow bettors to wager on the over under of other occurrences.

An example of this might be in Formula1 prop betting; sportsbook users may be offered the odds on how many pit stops, crashes or overtakes there are in a certain race. Similarly, in soccer, punters may bet on how many corners, penalties or yellows cards are awarded in a game or tournament.

Calculating Over Under Odds

We’ve touched on how over and under betting works, but we’ll provide an example to make things crystal clear. In order to calculate the over under we’re going to use NBA basketball as an example sport.

Most over under bets are paid out at -110, regardless of which side of the bet the punter takes. The leftover is paid based on the payout odds offered. Take for example a game between the Los Angeles Clippers and the Dallas Mavericks and the odds are as follows:

What Does Over Under Meaning In Betting on Specific Sports?

For any online bettor, it’s important to understand all the available markets. It allows bettors to take advantage of the various opportunities offered by providers. And in many cases finding the value in bets doesn’t mean choosing the right games/races/teams/players, but actually the value in the odds.

Like with most over under betting, football betting relies on points totals. With most NFL and NCAAF games averaging points totals in the mid-40s, this is what would be seen as a safe bet. There are always other factors to consider that influence the rate of scoring in a certain game.

Not always with regular-season games, but in the postseason and certainly the Superbowl bettors can wager on the individual over under. How many touchdowns, sacks, field goals, catches, etc..

Hockey is straightforward, with the hockey lines usually set between 6-7 (normally 6.5). Bettors must make an exception for certain matchups but generally, this is the average accumulated score.

Be aware, that although we’ve given examples of the over under odds set at -110, this isn’t always the case and occasionally the over and under odds can vary.

Goals in soccer aren’t as common in major American Sports, although the MLS is now a major league, soccer is still not considered one of the more popular US sports. Either way, the lines are normally set at 2.5 goals.

The odds for the over under in soccer are unlikely to be the same, meaning bettors may see the line looking something like this for example:

Often in soccer games can be quite high scoring, especially in big competitions like the Champions League, so it’s worth being aware of this. Sometimes it’s good to bet quite high with the over under, if the game is likely to be an end-to-end game between two attacking teams.