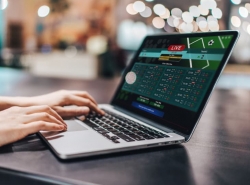 Ken Pomeroy and Jeff Sagarin created computer-based ranking systems in order to provide predictions for college basketball games. These systems are otherwise known as the KenPom rankings or Sagarin rankings, which have become staple betting measurements for bettors across the globe.

So much so, that the actual spreads that are often used by major sportsbooks tend to factor in Sagarin and KenPom betting systems. While both these systems often agree with one another, there are significant differences at times also, which is something to be aware of as a bettor.

This article will explore the principles of Kempom betting and Sagarin betting, providing examples and a clear understanding of how to make bets based on these theories. While these are widely regarded as highly influential betting tools, they do not offer a magic formula which will provide bettors with winning wagers every time.

We have a plethora of guides for our readers to help them make the most of their bets and this guide is no different, providing users with information that may help them to find more success with the odds. Similarly to matched betting and over-under betting, this guide will help bettors to learn more and establish a theory as to how to maximize the value of the odds.

Much like any of the betting guides we’ve discussed already, there is always a chance the bettor will lose. However, a huge part of the sportsbook betting community believe in these systems and frequently take into account the stats offered by these two ranking systems.

What are the Rankings?

KenPom and Sagarin basketball rankings systems are math-based, as both of the creators are statisticians, which offer a hierarchy for all 353 Division I basketball teams and provide predictions on the margin of victory for every game. An extremely useful tool, if it were 100% accurate, but that isn’t the case. Equally, the systems have shown to be very useful and provide the most accurate estimation available today.

The KenPom ratings are designed to show how strong a team would be if they played that same day, independent of injuries or emotional factors. The KenPom ranking system incorporates a range of basketball statistics that are used in many basketball stats systems; the likes of shooting percentage, the margin of victory, strength of schedule. These stats are used to calculate offensive, defensive, and overall “efficiency” numbers for all teams in Division I.

Higher-ranked teams are expected to beat lower-ranked teams on a neutral court. This tells you that the ranking system also incorporates emotional factors, like a home-court advantage. KenPom rankings will predict that a lower-ranked team will win, depending on where the game is being played.

When the KenPom was created in 2002, it offered a new light for basketball bettors. KenPom basketball rankings offered something more accurate than sportsbooks’ odds. It didn’t take long for major sportsbook providers to catch on themselves and starting using KenPom to set their own odds.

These days, KenPom 2020 rankings set the point spread for reputable college basketball sites – or there and thereabouts, with predictions not deviating more than a point or two. There is an exception to this rule when a significant injury or suspension is involved in the game. KenPom basketball rankings are still very much in operation for bettors today.

The Sagarin college football rankings and Sagarin basketball rankings provide very much the same thing as the KenPom ratings but use a different calculation. While the system went under some changes before the 2018-19 season began, generally speaking, it doesn’t factor in things such as shooting percentage into the stats, which is what makes it different.

For bettors looking to use the Sagarin basketball rankings, it’s worth noting that at the bottom of the page there are the lists of Division I basketball games for that day along with three different spreads titled; COMBO, ELO, and BLUE, which are based on three slightly different calculations.

How to Use the KenPom & Sagarin Rankings

The reason these two predictions systems are grouped together is that they are closely aligned in their estimations. But there are literally hundreds of college basketball games being played each year, which means bettors will always find outcomes to be significantly different at some point.

When there is a significant gap between the KenPom and Sagarin predictions, typically sportsbooks will side with KenPom, but there this is never absolute and it really depends on the day.

Given what we’ve assessed during the research carried out for this article, we noticed that KenPom rankings are generally more accurate. This isn’t always the case, but KenPom takes more variables into account, providing a more accurate overall result.

Exceptions to the Rule: What if there are Injuries?

As we mentioned briefly before, the one limitation of the KenPom and Sagarin ranking systems is that they do not take into account injuries and emotional factors. For example, if you’re betting on a top-tier college basketball team and the star player is injured or unavailable for whatever reason, the calculations are not amended accordingly. The system is designed to calculate the predictions based on the team that was there the day/week/month before.

While this sounds like bad news for bettors, it’s not always the case. Sportsbook providers are nearly always on top of keeping the odds up-to-date, however they sometimes miss the adjustment when injuries happen or how the loss of a star player will affect the markets.

A notable example of this happening in the NCAAB was in 2017-18 when Notre Dame lost leading scorer Bonzie Colson late in 2017. At first, sportsbooks shifted the spreads way too far towards the Irish opponents, predicting them to get destroyed without Colson. However, Notre Dame was still playing top-level basketball and smashed their first opponent by 30 points in their first game.

In their second game, the Irish covered with ease, winning 51-49. In hindsight, it was clear that the sportsbooks were overreacting, as there was no reason to believe the Irish would be at a real loss without Colson – Mike Bray teams rarely fold, so this was an oversight on the oddsmakers behalf. These mistakes happen, less so these days, but they do nonetheless.

While these situations are there to be capitalized on, they aren’t common. Paying attention to injury news, and other factors like the BLM protests is very important as they are key performance metrics and must be respected.