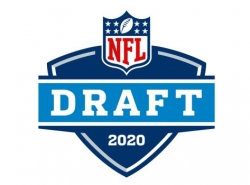 Now that the NFL Draft for 2020 is over with, we can reflect on what was a great year for the Draft featuring some of the best emerging talents the league has seen in years. It all started with Joe Burrow as the No.1 Pick for the Cincinnati Bengals, followed by Chase Young and Jeff Okudah. The full list looks like this:

Although the 2020 Draft is concluded, we can still look forward to the 86th meeting of the Draft in 2021 with great anticipation. This is where bettors can connect college football with the NFL odds.

The NFL draft odds help us have fun with one of the NFL’s most important events. We get to watch our favorite college football stars fulfill their dreams of going on to the big leagues.

At the same time, we get to watch our favorite teams welcome new members to the family.

The draft sets of the whole season rearrange rivalries and will have huge effects on Super Bowl odds.

These can take different forms. You can see bets on who will be the first quarterback or wide receiver drafted. You can also see bets on which round specific players will be drafted. These bets are all chronological.

How Does the NFL Draft Work?

Understanding how the NFL draft works is the first and most important step towards making the most of NFL draft odds. It is a fascinating process.

The NFL draft is the single biggest source of recruitment in the NFL. Every team chooses players, one at a time, in reverse order of their final standings from the previous season.

If you win the Super Bowl, you pick last, and if you finished the last place in the league, you get first to pick. The idea is to maintain some sort of competition across the league. This keeps things interesting over the years.

Things get really exciting when teams start to trade their picks. That’s right, each team does not actually have to pick but can trade their position in the round for another team’s player. There are a lot of moving parts to keep track of here.

An NFL draft has been held every year since 1936. Not even the coronavirus or World War II can stop this thing!

It is always good to look around at the consensus NFL mock draft. This is a great tool for you. You can do a couple of things with it.

But what is it? It is basically an average of a number of NFL mock drafts. People play it out, and then they combine it into a sort of consensus. This is why it is so valuable. It is not just one person’s opinion but like a polling average. This can help weed out personal biases.

You can use this as a starting point. Adapt it as yours, then go through it and see where you disagree. Or even imagine alternatives that could be exciting. It can be the foundation of your personal draft.

Or, you can use it as a sort of check. Once you make your own NFL mock draft, you can use the consensus to see if you are really far off. That could be good or bad, depending on how you want to balance your risk and potential reward this season.

Betting with the NFL draft odds is a little different than betting on the outcome of a game. After all, no one wins the draft. Points are not scored.

So let’s go through some of the most common ways this shakes out.

Props are bets that are not on the outcome of any game but on certain benchmarks or milestones. In the context of the NFL draft, they are based on certain players being drafted before or after certain rounds.

For example, each sportsbook releases bets. These bets are based on the question of whether player x, let’s say, Aaron Rodgers, will be drafted before or after round Y, let’s say round 5.5.

A second common type of bet within the NFL draft is the Outright pick. This is a little more straightforward.

In this style of betting, you are picking who will be the first overall pick. There is no more or less. It is a one-off shot. And with many fewer moving parts.

You just have to see the needs of the earliest teams, and how they line up with what the new players offer. Things get more complicated, with more potential for curveballs, as the draft goes. These types of bets stay within the first round.