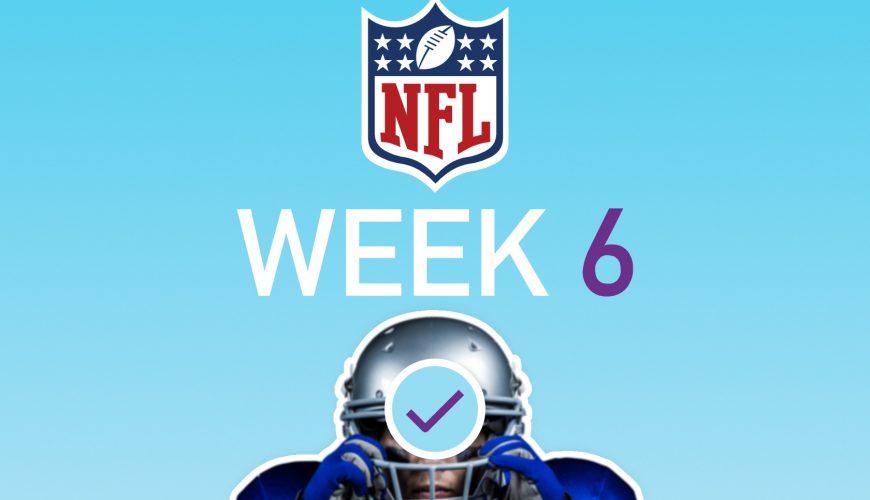 This weekend welcomes the week 6 of the NFL regular season, with a set of excellent games coming up for Football fans. Starting with the Ravens against a struggling Philadelphia Eagles side.

Later in the day on Sunday we have all the action from the AFC as the Buffalo Bills take on a strong Chiefs’ side, with both teams on 4-1 for the season so far.

We have picks from our in-house NFL experts, including the best odds taken from all the best sportsbook providers around. So, let’s get down to the action!

Baltimore Ravens to beat the Eagles (-357)

The Ravens had a slip up in week three against a very strong Chiefs team. But have shown their quality in all their other fixtures, winning every game and by some margin.

They the NFL 2020 Draft number 1 pick Joe Burrow’s Bengals in their last game, taking the game 27-3. They’ll face the leaders in a weak NFC East Division the Philadelphia Eagles, who are 1-2-1 for the season outright.

The Eagles have struggled to make an impact this season. They did manage to get their only win of the season in an unexpected result against the 49ers. Can they do it again on Sunday? We think not.

Buccaneers to beat the Packers (-106)

Our second game of the weekend is between two Super Bowl hopefuls, the Tampa Bay Buccaneers and the Green Bay Packers. Tom Brady’s arrival has had an instant impact on the team, as they lead the NFC South.

While they do lead the division, they go 3-2 for the season, having lost out to the Bears and Saints. They’ll face off against an in-form Packers side, who go 4-0-0 for the season, including an excellent win against a strong Saints side.

Will Tom Brady and his Tampa side do enough to win it? We think so. Despite an unlucky 19-20 loss to the Bears in their last, the Buccaneers have looked as good as we’ve seen in recent years.

Our final game of the weekend is between the leaders of the AFC East and the AFC West, both teams sitting on 4-1 for the season so far. The NFL betting odds favor a win for the Chiefs and we tend to agree.

Both sides lost their last game, with the Raiders handing the Chiefs their first loss of the season and the Tennessee Titans putting the Bills to the sword in a 42-16 romp at the LP Field.

The Chiefs are one of the favorites to reach the NFL post-season playoffs and have shown to be one of the strongest teams in the league despite a loss in their last. Expect them to bounce back and add another 1 in the W column on Sunday.