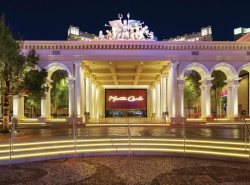 Going to the hockey game? Want a room on the Strip without blowing the entire budget? Park MGM is the place to stay in answer to both questions.

The Park MGM sportsbook and Italian restaurant Eataly are just two of the major changes at this MGM property of Las Vegas betting, which was rebranded in 2018 after 22 years on the same property.

The 32-floor mega resort and casino, which is located right across the street from T-Mobile Arena and the home of the NHL’s Vegas Golden Knights, used to be known as Monte Carlo. Its spot on Las Vegas Boulevard hasn’t changed, but everything inside and out is certainly different. 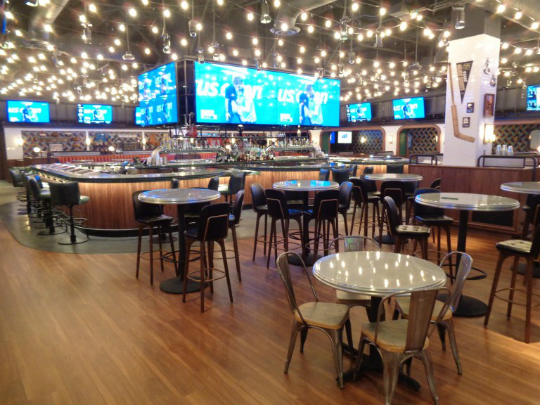 When Monte Carlo reopened its doors late in 2018 as Park MGM, it was definitely out with the old and in with the new.

It’s a good call because the first version was not user-friendly at all and definitely missing from the list of best sportsbooks. Park MGM sports betting was originally two small rooms leading into two main rooms, almost hidden from the crowd.

Today, all the walls are gone. There is one large room with betting windows, massive LED big screens, a huge bar in the middle of all the action, and lots of bar and floor seating. The pool table and four bowling lanes survived all the changes, with new additions such as beer pong, arcade games and more. The Side Betty Grill also made the cut and continues to provide pub food for the sports crowd.

Surprisingly, Park MGM sports lines may be posted all over this room on the NFL, MLB, NHL and NBA and future betting, but horse racing is absent. The book does not offer pari-mutuel wagering.

The Park MGM sportsbook hours are Monday to Friday from 4 p.m. to 11 p.m., and Saturday and Sunday from 9 a.m. to 11 p.m. Players must be 21 years of age or older to wager in Nevada, including on Park MGM entertainment esports.

The sportsbook is bordered by restaurants. The activities in those rooms or the casino don’t interfere with those watching the many sporting events. The bowling alleys? Well, that’s a different story.

If bettors don’t want to wait in line to play the money line or any other Park MGM sportsbook odds, they can register at any of the nine MGM properties on the Strip to take their action online with the playMGM app. Membership is free for the Park MGM sportsbook online and the app is easily downloaded onto your Android or iOS device.

However, this platform is only available in the state of Nevada. The best online solution in the U.S. today is the top-ranked site Bovada. This trusted provider has been in operation for years and offers countless bonuses to its members. 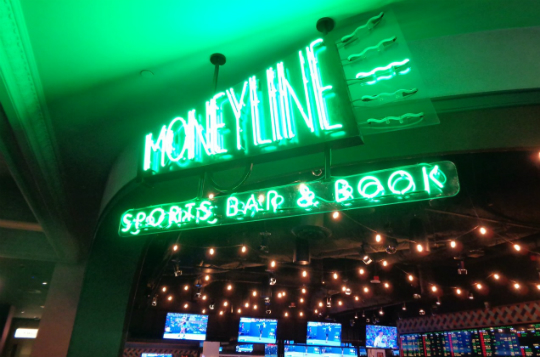 Tourist traffic has increased in the last few years at Park MGM, especially with the opening of T-Mobile Arena and the emergence of the Vegas Golden Knights in the NHL. Even if guests don’t stay here, they still walk through the resort to the arena since a tram from the Bellagio and Aria stops here.

All of that foot traffic has meant more sports bettors, checking out the Park MGM Las Vegas sportsbook odds on all the games in the NHL. But hockey is not the only ticket in town. Here are some others:

Here are some of the bets available at the land-based Park MGM sportsbook:

Park MGM online sports betting offers even more wagering options, especially on props and “in-play” wagering where odds and spreads change until the game is over. This type of betting has proven to be a hot ticket at Park MGM sportsbook online and other Las Vegas venues, including the off-the-Strip venue at M Resort.

Location on the Strip

Park MGM, with its upper floors converted into a boutique hotel called NoMad Las Vegas, is located on the west side of Las Vegas Boulevard sandwiched between two other MGM properties — Aria to the north and New York New York to the south. 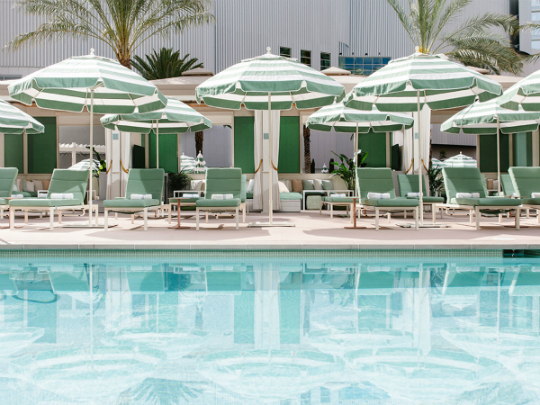 MGM properties, including Park MGM, started charging for parking in 2016. Like many amenities on the Strip, it used to be free. Not today, not anymore.

Park MGM, like other MGM resorts, does offer some discounts and complimentary parking to those that have an Mlife rewards card. The rewards vary on the status of the cardholder and the amount of money gambled or spent at the resort. 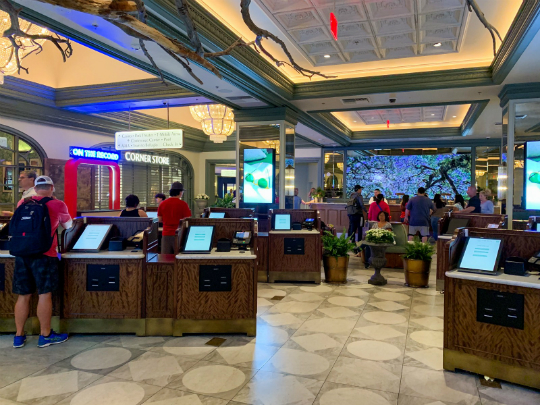 There are many modes of transportation to rush new arrivals to Park MGM Las Vegas, including taxi, limousine, public bus service, and resort shuttle. But the best option are the ride share programs, which now dominate the market with visitors looking for a budget-friendly ride. 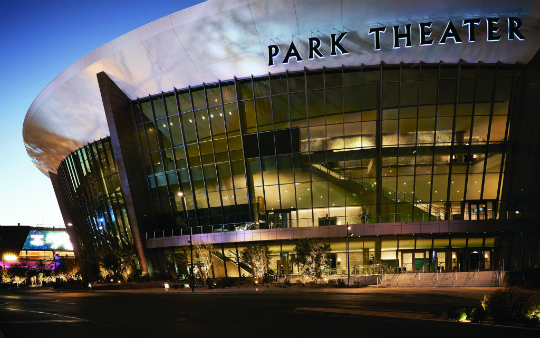 One of the biggest changes with the Park MGM rebranding was the addition of Eataly — an Italian marketplace with restaurants around the world. Patrons have the opportunity to shop, learn and eat hundreds of high-quality products.

The massive dining venue, which includes two restaurants, sits on prime real estate at the front of the resort on Las Vegas Boulevard. It’s now part of the signature of Park MGM. Here are a few other top restaurants that serve guests: 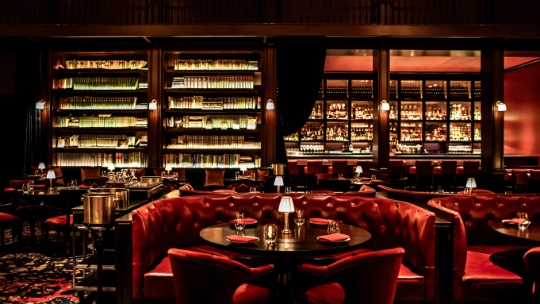 It seems all the resorts on the west side of Las Vegas Boulevard, including Park MGM, are owned and operated by MGM Resorts International. There are a few casinos, like Treasure Island, that aren’t part of the MGM brand, but not many. All MGM properties use the same rewards card — Mlife.

Members gain exclusive access, benefits and rewards at all of the MGM venues by earning points for every dollar spent or gambled. The starting tier, which is Sapphire (blue card), has limited benefits, but the rewards change at the next level called Pearl. These members are awarded discounts, dedicated line options at restaurants and buffets, and complimentary parking.

Members can continue to graduate to the next Mlife level, with Gold, Platinum and Noir the top three levels. The higher the level, the more privileges on meals, room rates and complimentary gifts.

Tier credits are accumulated from October 1 to September 30. If you advance to a higher tier at any time, you’ll enjoy those benefits for at least one full year. 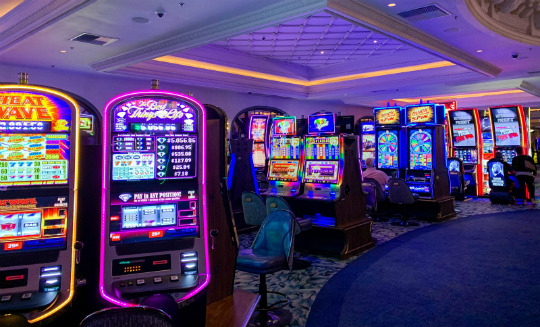 All entranceways lead to the main casino floor at Park MGM. Eataly, the 5,000-seat Park Theater, the NoMad Lounge and the resort’s lobby and guest services all spill out onto the 102,000-square-foot gaming area.

The long, rectangular casino floor consists of a 360-degree bar and 60 tables games in the middle of the room. They are surrounded by 1,400 slot and video poker machines, consisting of traditional and new names.

The table minimums are consistently $10. However, minimum bets always climb when the casino is packed or a major championship is on the schedule. Here are some of the table games available to play at Park MGM:

The high limit room has only six table games, including blackjack and baccarat. Minimums bets start at $100. The high limit slots area has $1 minimums climbing to $100 a pull.

Complimentary drink service is offered to those playing the machines or table games. The service is pretty good most of the time, which is about the same as resorts across the street like Bally’s and the Linq. It’s a good idea to tip for that drink if you wish to see the server again. 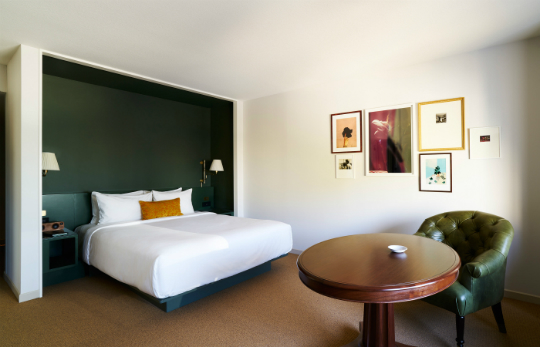 Park MGM and the upper floor NoMad Las Vegas now offer 2,992 guest rooms, including 259 luxury suites since the resort was rebranded in 2018. The sleek, contemporary hotel is a big upgrade from the old and tired Monte Carlo and a great place to stay for Vegas Golden Knights’ fans. The new Park Theater hosts high level entertainment, which has included Cher, Lady Gaga and Aerosmith.