Vegas sportsbooks see a rise in NFL bets thanks to preseason 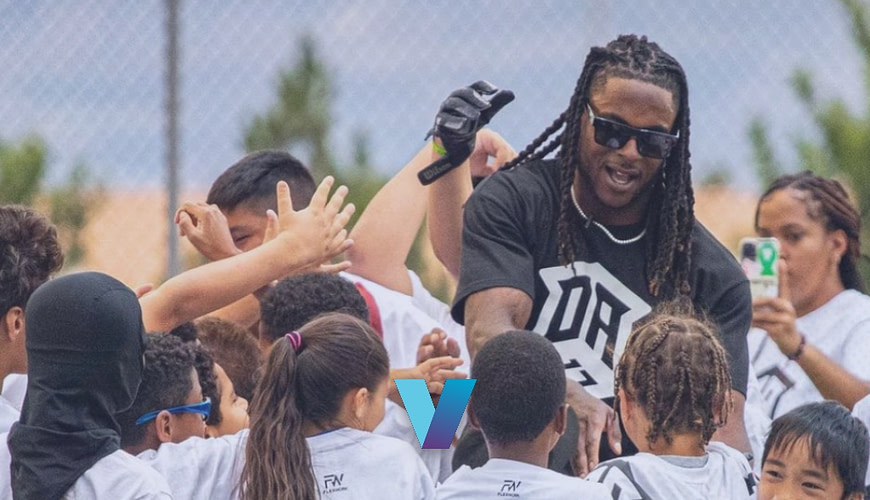 Who says the preseason doesn’t matter! Oh, that special time of the year is back, with the NFL preseason officially kicking off this week. Things are going to get even bigger and better next weekend with a full set of games in action. The anticipation for the 2022 campaign has been through the roof, which is why it makes sense that the Vegas sportsbooks see a rise in NFL bets thanks to preseason.

Indeed, the argument can be made that the first preseason game of the year for all the NFL teams out there doesn’t matter, but don’t tell that to the bettors out there. According to a report, the local sportsbooks in Sin City did see a wild amount of bets for the opening game between the Jacksonville Jaguars and Las Vegas Raiders. Who expected that?

Well, don’t forget that people are consistently betting on the Raiders right now, especially after it was announced that the team had sent multiple top picks to the Green Bay Packers in exchange for star wide receiver Davante Adams. With Adams now reunited with Derek Carr, people think the Raiders have what it takes to make some serious noise and be amongst the favorites in the Super Bowl odds.

Right now, not a lot of oddsmakers have a huge belief in the Raiders when it comes to NFL betting to make it to the big game, however, people are more focused on teams like the Buffalo Bills, Tampa Bay Buccaneers, Kansas City Chiefs, Green Bay Packers and Los Angeles Rams. Those squads have the best chances to be playing in early February. You never know, though; maybe Las Vegas will go on to stun the world.

Betting is only going to increase once the regular season arrives

It goes without saying, but betting will only increase once the regular season arrives. This is easily one of the more intriguing campaigns leading up to things in quite some time. Things feel like they’re totally up in the air for 2022, especially with the Bills as the favorites to win it all. Buffalo feels poised to make things happen, and things will begin with the play of their star quarterback.

We’re, of course, talking about Josh Allen. Allen is motivated to put on a show this year after losing in the playoffs to the Chiefs in back-to-back seasons. While Allen doesn’t figure to see a ton of time in the preseason, people are still going to be placing a ton of wagers on Buffalo during their first three games of preseason action. Then come Week 1, the bets will be flying.

The same can be said for the Tampa Bay Buccaneers, as people are always going to be interested in how things go for Tom Brady. Brady had a short-lived retirement, but that’s all a thing of the past. The Bucs have high NFC odds to get to the Super Bowl, which fans are excited about. It will be interesting to see if they’re able to come out on top in that battle or not.

Meanwhile for the Packers, you already know that the Cheeseheads are going to be all over betting for them. Aaron Rodgers is still one of the best signal-callers in the game, and that’s not going to change despite Adams any longer being with his team and now suiting up with the Raiders. Rodgers is always ready to prove his doubters wrong and more of the same will be the case in 2022.

Keep an eye on injuries when it comes to preseason bets

What you need to remember when it comes to these games in August is that you must keep an eye on injuries when it comes to preseason bets. Not only that, but teams are always going to sit out some of their star players for some of these contests. The last thing anyone wants to see is for a star player to suit up in a preseason game and then suffer a season-ending injury.

We’ve seen this happen before, which is why coaches and general managers are always going to be quite careful in sending out their best players. This is something to keep in mind when you’re making your bets. For example, the Green Bay Packers will be taking on the San Francisco 49ers on Aug. 12 in what should be a fun preseason contest. Plenty of people will bet on that one, no doubt about that.

However, if Rodgers plays, he might only be out there for a quarter or a couple of series. He’s not going to be playing all four games. Matter of fact, he could just sit this one out altogether. Normally Green Bay would be a strong favorite over the 49ers, but if Rodgers doesn’t play or only suits up for a handful of snaps, then a GB win wouldn’t look as strong. Remember that before putting down money for a preseason matchup, folks.