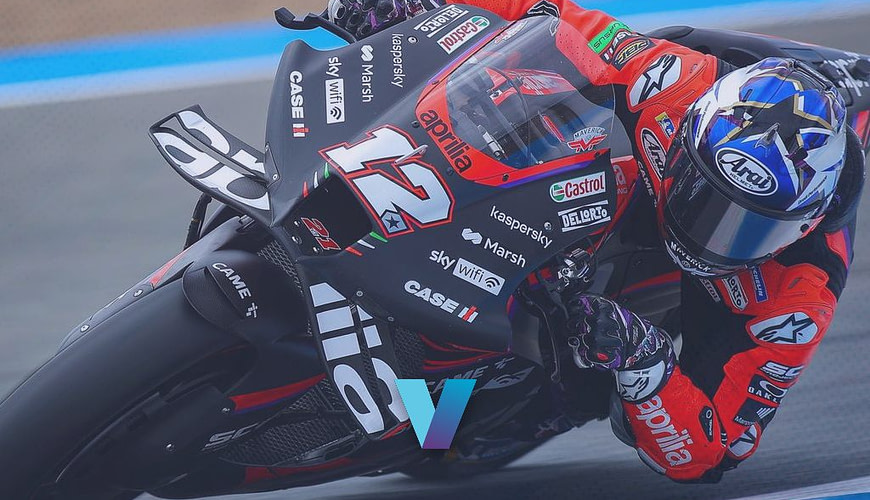 So, the MotoGP Online Betting Odds are back which means the season break is over. The British Grand Prix is then a continuation of the Europe leg for three more races on Sunday. It seems hard to believe that despite what happened in the Netherlands — that we would say to start taking some shots on lesser notable riders.

Below, we present some MotoGP longer shots for the Moto GP British Bets. This reveals some of the crazier scenarios, and even longer plays. Some riders have fallen flat during the European leg while others keep surprising. New names pop up every so often and catch some eyes. Also, our Vegas news and bets now feature MLB action and even pre-season NFL football. August is just starting to heat up.

Who The Heck Is Maverick Vinales?

Did we bump our heads somewhere in the Netherlands? There is something about how some of these lesser notable riders have managed to stay on their bikes and post some impressive results. One thing needs to be said here though. Maverick Vinales is an interesting character and someone who may be in play for the Moto GP British Bets.

Earlier in the season, the Spaniard had plenty of doubters when it came to driving competitively on the top circuit. The 2022 season had not quite gotten off to the start he had expected. As a matter of fact, before the circuit returned to Spain, Vinales was mightily struggling. He scored a seventh, had an unlucky DNF in Germany, then wound up on the podium in the Netherlands.

The Aprilia Racing Team biker has been qualifying better and better. Testing has gone pretty well too. Vinales is not a flash in the pan. He has points in nine of the 11 races so far and lies 12th overall in the points race. If a few breaks had gone the Spainard’s way, Vinales would easily be well inside the top ten.

The big thing at VegasBetting is to look at the overall big picture. Here is why. Some still believe that a driver like Vinales could indeed crash the party at Silverstone. Team orders may not be in play on this track in particular and it was an argument brought up in the Netherlands. Either way, Vinales has value even at +900 because few are looking his way. With the next three races in Europe that makes him one to watch in MotoGP British Bets.

Marco Bezzecchi is indeed a name to look at for the 2022 MotoGP British Bets. The Italian rider is just 23 years old. However, Bezzecchi has shown some flashes of potential on his Team VR46 bike. His consistency to put up points has picked up since the two DNF’s from early in the season, the Italian has points in seven of his last nine races. For further note, Bezzecchi almost had Francisco Bagnaia beat at the Netherlands (0.45 seconds).

Now, this MotoGP rider has something to build on for this season. There is a chance that the young rider can crack the top ten sometime in the next nine races. He has a top-five result, an 11th, and that second last time out over the past four races. Bezzecchi is another up and coming rider who is getting better and better on raceday and not just in testing.

These past nine races have revealed something important. When Bezzecchi can calm down on the nerves, he can be the worthwhile challenger to some of the contending racers week to week. It is not a secret that this Italian enjoys Silverstone immensely and knows he can put together another top result on Sunday.

With that said, it is great to see these less notables taking the reins and running with it. This is because, unlike most of the other young guns, Bezzecchi can stay horsepower-wise in these races. Then again, there is uncertainty with the Italian to a point. Can he keep staying near or at the podium? Will other teams begins to use team tactics to block him on the track? Either way, the rider is one to watch in Britain on Sunday.

What About Johann Zarco Or Brad Binder?

Again, there are some other names to take a look at for another MotoGP British Bets. One has to consider Johann Zarco. Few can put up the points when he is on quite like the Frenchman. Zarco, if not for Quartararo would be the top French biker on the 2022 MotoGP Circuit. That being said, he is still third overall in the points with 114. That is 58 points away from his fellow Frenchman.

Both bikers have seen their World Title numbers lengthen a good bit. Zarco has ranged from +1800 to +2200 while Binder mushroomed from +1500 to +2800. Again, Binder has shown an ability at times to get some real good late speed on tracks. Zarco, however, has shown more overall results. Last time out, the Red Bull racer from South Africa finished fifth. If not for some poor strategy, Binder would have been on the podium.

That being said, Zarco is an easier choice here because he tends to test and qualify a little better at Silverstone. The 11th last year was from a self-inflicted mistake late in the race from the French rider. Expect a different Zarco this time around.

Our Non Notable Best Bet For The British GP

Take Maverick Vinales as our best choice among the non-notables at the British GP this week.

See the best Vegas online betting sites, like BetOnline, where you can wager on these MotoGP British Bets and plenty of other events as August gains steam.