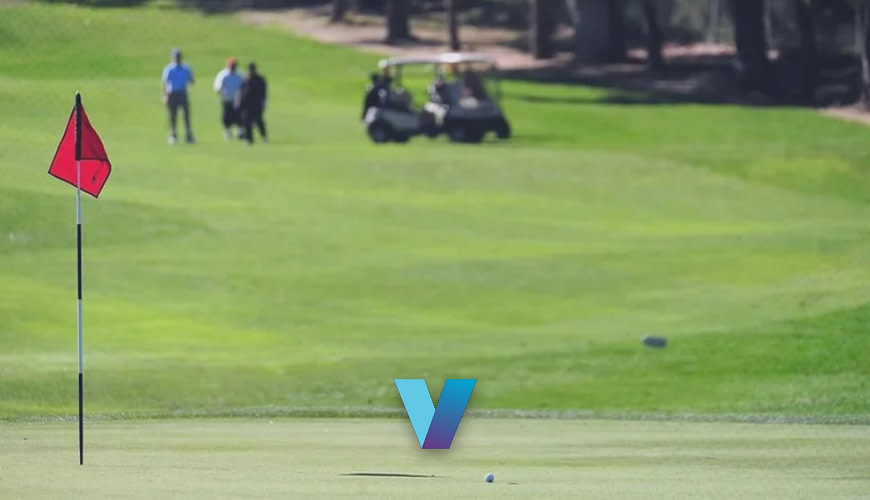 The 2023 DP World Tour kicks off in Queensland, Australia, this week, and with plenty of big names in action, we look ahead to the event with our Australian PGA Championship golf betting picks.

Yes, you did read the first paragraph correctly. The 2023 DP World Tour starts this week. Last week’s DP World Tour Championship event in Dubai was the final event of the 2022 season, won by Spain’s Jon Rahm.

Rory McIlroy finished the year as the DP World Tour’s top golfer. And the process to see who wins the tour in 2023 starts with this week’s event in Australia. Can McIlroy defend the crown? Or will we see a different winner when the 2023 season finishes in Dubai again in 12 months’ time?

Can Cameron Smith delight his home crowd with another win?

Moving onto this week’s event, and what a lineup of stars we have from Australia. Headlining the field and no doubt hogging the majority of the limelight is the 2022 British Open champion, Cameron Smith.

In case you’ve been on Mars for a few months, you might not know that Smith is one of the numerous golfers to defect to the LIV Tour and therefore be banned from playing in events organized by the USPGA Tour and the majority of DP Tour events.

Luckily for Cameron Smith, this event – although officially part of the DP World Tour – is administered by the PGA Tour of Australasia, who have decided not to ban LIV Golfers like the main two golf tours have. Meaning home favorite Cameron Smith is eligible to take part.

And he isn’t the only big-name Aussie competing this week. Also lining up at the Royal Queensland Golf Club is Adam Scott, Marc Leishman, Cameron Davis, Lucas Herbert, and Min Woo Lee – most of whom feature heavily in the golf betting odds to win the competition.

Australian PGA Championship 2022; All you need to know

This is the first time the Australian PGA will be a part of the DP World Tour in three years. In 2020, and 2021, the event was canceled due to the Covid pandemic.

There was an event played earlier in 2022 to replace last year’s event, which was won by Jediah Morgan, with a score of 262 (-22). It was part of the Tour of Australasia but not part of the DP World Tour.

The last time this event was part of the official DP World Tour was in 2019 when Adam Scott won with a score of 275 (-13). That event was played at Royal Pines, rather than on this course.

Who is favorite to win the 2022 Australian PGA Championship?

He’s the talk of the town and is still officially the number 3 ranked golfer in the world. The favorite to win the Australian PGA is Cameron Smith. The best golf betting sites make Cameron Smith just +350 to win what would be his third Australian PGA Championship.

Second in the betting behind Smith is another local favorite, Adam Scott, who is +900, and Scott is followed by yes, more Aussies, Min Woo Lee, and Cameron Davis, who are both at +1100.

There is non-Australians competing in Brisbane this week. Ryan Fox (of New Zealand) is next in the betting at Vegas golf odds of +1200.

Full odds can be found in our odds table below. For the above information, we have used the odds provided by BetOnline. You can read more about them and their latest new customer offer at our BetOnline sportsbook review.

As we’ve already mentioned, all the weekend’s attention will likely be on or around returning hero Cameron Smith. Smith isn’t the only LIV Golfer playing. But as the only top 10 players in the world to turn his back on the established tours to join LIV, he is going to court attention.

As a native of Brisbane, it’s expected Smith will get a good reception. The Australian golfing fraternity isn’t as divided over LIV as elsewhere. Nevertheless, I still think Smith will be carrying too big a burden on his shoulders to risk backing to win at +350.

Two golfers I do like the look of this week are Min Woo Lee and Ryan Fox.

Neither really challenged to win in Dubai last weekend, but Min Woo Lee has finished in the top 12 of the last four DP World Tour events and has a good record on home soil.

In the replacement Australian PGA Tour held at this course in January this year, he finished fourth, and I think he is in with a chance this week. So I make Min Woo Lee my betting pick to win the 2022 Australian PGA Championship.

As for Ryan Fox, he has just finished second in the DP World Tour order of merit, to Rory McIlroy. It’s been a breakthrough year for the Kiwi, and I’m happy to hedge my bets here and also make Ryan Fox one of my betting picks to win the Australian PGA Championship.