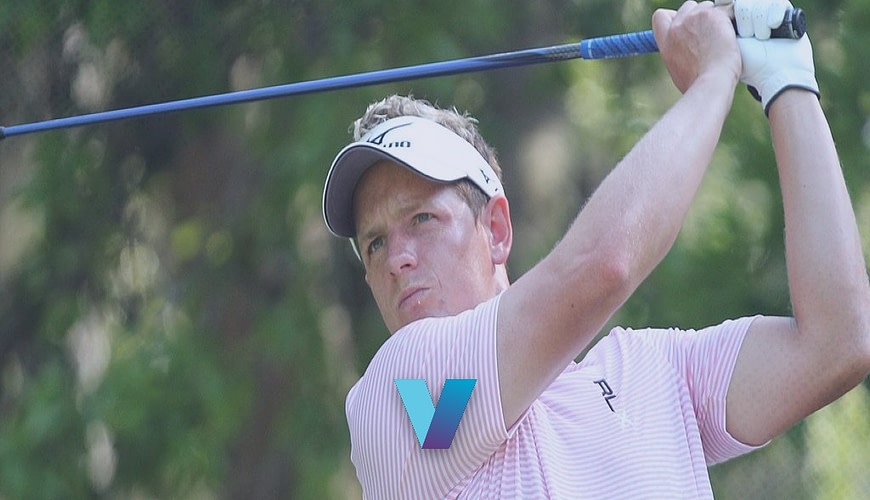 It may be just over a year away, but the world of golf has seen yet another seismic shift in the last few days, with Henrik Stenson replaced by Luke Donald as Europe’s Ryder Cup captain for the 2023 competition.

Stenson was rumoured to be on the verge of taking up a contract with LIV Golf, and after only being named 2023 captain back in March 2022, Stenson was stripped of the role last month after just 127 days in charge.

A captain changes this far out probably isn’t a huge issue with over a year to go. But what it shines a light on is the current battle going on within golf.

LIV Golf is shaking things up. The money on offer from the Saudi-backed venture is talking, and it’s not just prompting journeymen golfers like Stenson to join; it’s also attracting players in their prime, like Brooks Koepka, Bryson DeChambeau, and Dustin Johnson.

And with this battle set to go on between LIV Golf and the established tours, there is likely to be more golf-related bloodshed over the next few months. So, could this affect the betting for next year’s Ryder Cup?

The appointment of former world number 1, Luke Donald, has done nothing to alter the odds ahead of the competition in Rome next year. The best online golf betting sites still make the USA team favorites at -185 to win the 2023 Ryder Cup, with Europe the outsiders at +200 and the tie at +1200.

But with the USA in such a dominant position after what happened at Whistling Straits in 2021, surely the USA Ryder Cup odds should be shorter than their current -185?

The European team is on home soil, and the course will no doubt be set up to take away as much of the USA team’s advantage as possible. But even then, the USA should have too much.

Another factor holding up the USA’s price is that they haven’t won in Europe since the 1993 Ryder Cup at the Belfry. So next year in Rome will be the USA team’s chance to put that run of defeats to bed and win for the first time in Europe this century and in 30 years.

That adds huge pressure to the team. But on the flip side, it is an opportunity for the USA players to write their names in history. The aforementioned USA players are part of the problem, though, and another possible reason is that the odds are tighter than they should be.

Who Will Be Available To Play In The 2023 Ryder Cup?

With Koepka, DeChambeau, and Dustin Johnson departed the PGA Tour (for now at least), does that mean they can’t play the Ryder Cup? Europe has stripped Stenson of the captaincy, so it suggests that, as things stand, LIV Golf participants won’t be eligible to play next year.

And with plenty of the world’s top golfers now American, could it be the case that by the time the Ryder Cup takes place, the USA team will be decimated by players banned due to more and more guys taking the offer to join Greg Norman’s Saudi backed venture?

Europe doesn’t have the huge names the American team boasts. Yes, they have Rory McIlroy and Jon Rahm, but that’s about it, really. And there would seem very little chance that McIlroy will be joining LIV given his recent comments.

If anybody thinks LIV Golf will run out of steam and players will end up coming back with their tails between their legs, they might want to think again. Tiger Woods has reportedly turned down $700 to $800 million to join the tour, showing the sort of money currently available.

Could it be a gravy train that eventually dries up? Well, paying that sort of money, maybe it will. Eventually, its backers will expect a return, and if they are not getting one, they will not keep throwing that sort of cash around.

For now, though, it will affect next year’s Ryder Cup; there can be little to no doubt about that. To what extent does it have an effect, that is the question.

Legal challenges are almost certain to take place regarding restraint of trade when it comes to the tours. If the banned players are successful and reinstated to their respective tours, then it is hard to see how they can be banned from the Ryder Cup.

As things stand though, we just simply don’t know what the golfing landscape will look like in 12 months’ time. There is just too much uncertainty at the moment to make an early call on a betting pick to win the 2023 Ryder Cup.

But if you do think it will all resolve itself, and the world’s best golfers will all line up in Rome next year, the Vegas golf odds of -185 currently available on the USA team to win the 2023 Ryder Cup will all of a sudden look like a great bet.