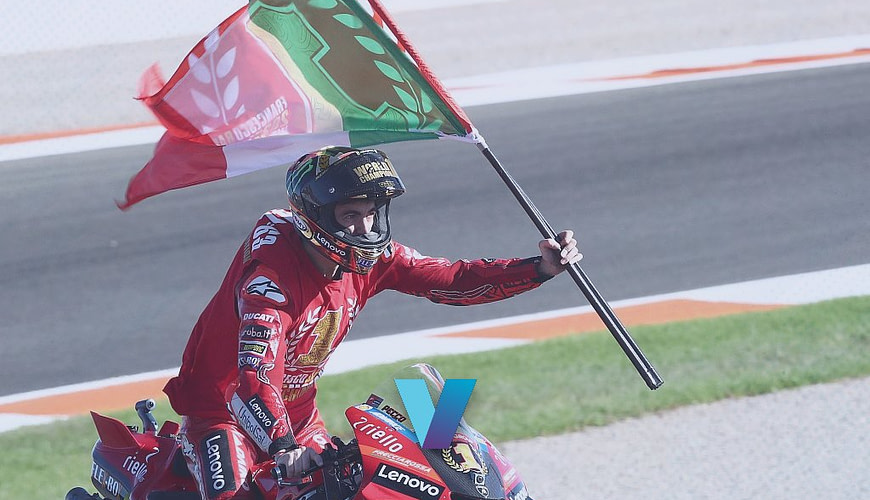 The first event of the 2023 MotoGP season is still two months away! The MotoGP Online Betting Odds expect a lot of twists and turns between the start in Portugal and the end in Valencia, Spain. The Grand Prix features 21 races in all, and hopefully no cancellations. Yes, Francesco Bagnaia dramatically won the 2022 championship. Can the Ducati rider repeat one more time in the 2023 Early MotoGP Season Bets?

Today, we look at the season and whether anyone can supplant Bagnaia or Fabio Quartararo. Furthermore, look at some great betting site bonuses as January ends. We have a table with the way to early 2023 numbers below.

Yes, before we got to the 2023 Early MotoGP Season Bets, there was the 2022 season to recap. Anyone who is anyone will never forget last year. Fabio Quartararo came out hot and looked poised to repeat as world champion. He held off Francesco Bagnaia by 26 points in 2021 and did not want to take any chances. At one point, the Frenchman riding for Yamaha held a 105-point advantage over the Ducati rider (Bagnaia).

Then, the Italian got on an even hotter streak of his own. He won four races in a row and six races in nine events to chip away at Quartararo’s once insurmountable lead. It felt inevitable that Bagnaia would overtake the Yamaha. Bagnaia had the faster bike and had to keep it on the race track.

Furthermore, Enea Bastianini proved to be a great help to Bagnaia. By Australia, the lead changed hands. Malaysia almost clinched the title for Bagnaia. By staying upright, he coasted to a ninth at Valencia which was good enough to win his first World Title.

Alight, so what might the 2023 season bring? Here at Vegas Sports Betting, we believe this year has a few tricks. Again, there are 21 races and not 20. That is first. Also, after Portugal, the racers travel to Argentina and Texas before returning to Europe. Furthermore, there is a four-week break between race nine (Kazakhstan) and race 10 (Silverstone). Last year, that was a little more than a month because of no Russian GP.

The season only ended a little over two months ago. It has been a long off-season. However, soon enough, the engines will rev, and these racers will risk it all on these tracks once more. Before we know it, Ducatis will battle Yamaha, Honda, and more.

It makes sense to pick Francesco Bagnaia again in the 2023 Early MotoGP Season Bets? The Ducati rider adjusted well last year and may get off to a fast start knowing what happened last year. It will be in the back of his head and Quartararo’s. No lead will be safe, but no risk is worth losing a title. Look at what happened to the French rider after Germany. He had a second and a third with no wins the rest of the way.

The Italian went from +1000 to win the World Title to open last year. This season his range is from about +150 to +175. Also, there is a possibility this number could drop into the negative (say -125 to -175). Projections and more testing may tell the tale there. One thing is for sure. Even with more competition, pundits look to be more bullish on Bagnaia, leaving right off from the end of 2022.

At VegasBetting, understand that every season is different in its own way. Are we in the midst of a Marc Marquez-like championship run? No one knows yet. However, plus-money on Bagnaia may get harder to come by as the season goes along. There lies a maturity in him and a hunger. We saw it in 2021. It intensified last year. Now it comes to roost.

Fabio Quartararo And The Yamaha

For 2023 MotoGP Early Season Bets, can Fabio Quartararo and the Yamaha bounce back? The French rider may not have the best numbers, but at +350 to +400, maybe a tiny bet is prudent if the Frenchman can show his early-season form once again. Yes, the inevitable questions will dog him now. Can he take the lead and hold on to it?

This MotoGP top tier has not had a repeat winner since Marc Marquez. Could Quartararo find a way to win his second world championship?

The problem for the Yamaha rider is still that additional horsepower and acceleration are out of turns. Ducati has it, and his Yamaha does not. Now, the problem is not as dramatic, and it seems it may be correct. Let’s see.

Do Not Sleep On Jack Miller

Most get enthused with Enea Bastianini, but Jack Miller may be the rider to watch out for. He comes in around +800 with the earliest odds. Miller put on a nice second-half surge, and if not for an unfortunate accident, might have won Australia. That dashed his hopes of a top-three in the World Championship.

This year, Miller comes in with even more focus and fortitude than it could be his year. With four different winners in four years, why not Miller? He is worth a small wager.

Our Early Pick For The 2023 MotoGP Season

Take Francesco Bagnaia for the World Championship again but watch for Jack Miller.

See online Vegas betting sites, like Bovada, where you can wager on these and other futures. 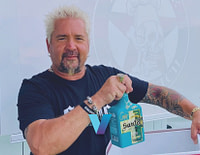