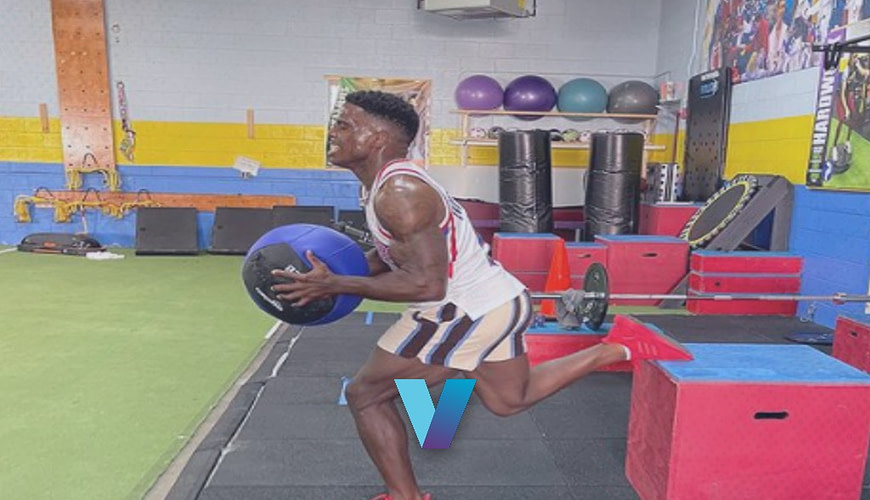 NFL free agency has been so insane this year it’s hard to believe. Even more wild news came in with Kansas City and the Miami Dolphins working their blockbuster trade. Now, the Chiefs’ Vegas odds have dipped with Tyreek Hill trade news arriving. One of the best wideouts has been traded by Kansas City? This is without question a total stunner and people can’t believe it.

Before this trade happened, Kansas City had great odds of winning the Super Bowl, as they were barely behind the Buffalo Bills. Things have changed, though, and per a report, Vegas oddsmakers are now having serious doubts Kansas City can go on to win it all. As things stand, with the latest update, the Chiefs hold +950 Super Bowl odds, which is not as great as a week ago.

The loss of Hill is massive for the Chiefs. Hill opens the field with his insane speed. It has helped the Kansas City offence become one of the best in the league. Now, though, not having that deep downfield threat could be costly for Kansas City. They did sign Juju Smith-Schuster, but he just doesn’t play at the same speed as Hill, which isn’t great news.

Kansas City still has what it takes to go on a deep postseason run, but fewer and fewer people are going to bet on them to win the Super Bowl. You better believe people will check out the best rated online sportsbooks and look to go elsewhere with their wagers. Heck, could someone else step in and win the AFC West? With the improvements made, that’s not out of the question.

Chargers all of a sudden feel like the AFC West favorites

With all of the movement that has taken place, the Chargers all of a sudden feel like the AFC West favorites right now. With Kansas City taking a bit of a step back, it makes the moves Los Angeles has made look even better. Remember, not only did the team finalize an extension with star wideout Mike Williams, but they signed cornerback J.C. Jackson to a blockbuster contract.

Plus, the team also traded for pass-rusher Khalil Mack. Oh and don’t forget either that Justin Herbert is the quarterback for this team and he’s got a rocket for a right arm. Add in a healthy Austin Ekeler, one of the best running backs in football, and you’ve got a loaded team. Keenan Allen is a top route runner too, which makes LA even more dangerous.

Not only that, there’s even more bad news for the Chiefs here with the Raiders and Broncos. With the Raiders, they pulled off the massive trade to land Davante Adams. Adams is just a freak athlete and he couldn’t be happier to be suiting up with his old friend Derek Carr again. Those two are expected to do big things in the AFC West this upcoming season.

As for Denver, the team traded for quarterback Russell Wilson. Wilson helped the Seattle Seahawks win a Super Bowl and now he’s ready to do the same with the Broncos. Their offence is now looking lethal with Wilson getting ready to make plays for them. All in all, though, this is bad news for the Chiefs. The division used to be dominated by them, but things aren’t feeling the same.

The Buffalo Bills are also happy about the Hill trade

It goes without saying, but the Buffalo Bills are also happy about the Hill trade. The rivalry between the Chiefs and Bills over the past 2 to 3 years has been so much fun to watch, with Mahomes leading things for Kansas City and Josh Allen has been amazing for the Bills. Last season, the two sides treated us to an incredible playoff matchup. More of that is expected down the road.

However, this rivalry will be different without Hill in the mix. Because of that Stefon Diggs of the Bills will now be the best wideout on the field when they face off. Diggs himself is one of the best wideouts in the AFC and he has a ton of respect for Hill. Now that Hill is gone and on his way to Miami, however, Buffalo will now focus its defensive pressure elsewhere for the secondary.

Plenty of Chiefs fans is worried that Buffalo will now be the team to beat in the AFC. Well, the oddsmakers believe that, as not only does Buffalo hold the best NFL odds to win the AFC Championship, but they have the best Super Bowl odds too. Tampa Bay saw its odds rise with the news that Tom Brady will be back on the field, but Buffalo is still No. 1 out there.

The Chiefs are used to being at the top, but that’s not the case right now. This Hill update has been a tough pill to swallow for so many people out there. Come Week 1, we’ll find out just how much Mahomes and the KC offence is going to miss the speedster.