Home » News » The 2022 NHL Draft takes place later this week, with the top Ice Hockey teams looking to bag themselves the next up-and-coming superstars. 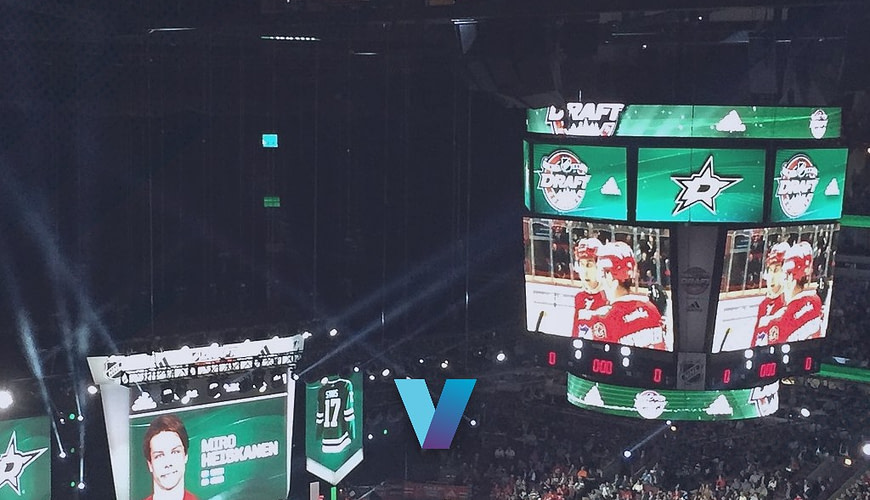 Also known as the NHL Entry Draft, this is the event where all the teams get to pick up the best young hockey players who reach eligibility requirements. The basic rules are that the players have to be between 18 and 20 years old if they come from North America or between 18 and 21 if they are overseas.

This will be the 60th edition of the NHL Draft, and it’s being held at the Bell Centre in Montreal, Canada, the home of the Montreal Canadiens. The Canadiens will also have the first pick in the draft. Which is the first time the hosting team will have done so since 1985.

The most popular betting market by far in NHL draft betting is on who will be the first pick. This is an issue that is speculated upon all year and attracts big interest from fans and pundits in the media alike. As a result, the best sportsbooks, including the top Las Vegas NHL odds setters have markets available on the first draft pick. As well as many other markets.

Below is the latest betting on who will be the first pick at the 2022 draft. Shane Wright is the favorite, as he has been for some time now. But in recent weeks, the whispers have started to intensify for Juraj Slafkovsky. Meaning what was once regarded as a shoo-in for Wright, has all of a sudden become a two-horse race.

For the majority of the past few weeks, Shane Wright was regarded as a nailed-on first pick in the 2022 NHL Draft. So what has changed? He’s been in the number 1 position all season. And as a result, as the favorite with the main sportsbooks.

The answer is that renowned hockey insider Bob McKenzie threw a spanner in the works when he announced that it was a razor-thin choice between Wright and Slafkovsky. McKenzie claimed that in a survey of nine NHL scouts, five of the scouts had Slafkovsky as their number one draft pick. With the other four favoring Wright.

McKenzie also went on to say that Wright could be favored by another 10 scouts if you interviewed them. In other words, this is just a small snapshot of opinion. But at the same time, if that opinion is represented more widely, then it could be that Wright is a bad pick at odds of -275 with BetOnline.

Cut through all this hysteria and look at the facts though. Shane Wright made his breakthrough with the Frontenacs when he scored 32 goals and gained 66 points in his age-15 season. An amazing stat.

In the past year, the now 18-year-old has scored another 32 goals and gained a massive 94 points, showing that he is still a star draw heading into the draft. And he achieved this in a year that has seen his performances criticized in some quarters.

So, if Wright hasn’t been firing on all cylinders this year, not my view by the way – then imagine how good he will be when he has a really good season!

The Slovakian winger came to prominence by helping his nation win a bronze medal in the 2022 Winter Olympics. He was one of two 17-year-olds picked to represent his nation in Beijing. And on a world stage like that, achievements by youngsters are going to stand out.

A few weeks back, Slafkovsky was regarded as more of an outsider at +450, but those odds have now disappeared, amidst all the speculation he is going to pip Wright to the first draft selection.

The odds on Slafkovsky are fast disappearing. But if you can find -350 or a similar price on him to be Under 3.5 in the Draft Position market, it’s well worth snapping that up.

Who are the Favourites to Win the 2023 Stanley Cup?

Elsewhere in the NHL, the Colorado Avalanche are the favorites in the betting to win the Stanley Cup in 2023. The best NHL betting sites all have Jared Bednar’s team as their clear favorites.

BetOnline has the defending champions as short as +400, with second favorites, the Tampa Bay Lightning, all the way down at +800 in the second position.

The Lightning is effectively leading the best of the rest in the betting. Following close behind the 2020 and 2021 cup winners are the Toronto Maple Leafs at +900 and the Florida Panthers at +1000. Those are the four main franchises in the betting,

There is then a trio if teams stuck together on +1400 in the betting. They are the Vegas Golden Knights, Carolina Hurricanes, and the New York Rangers. 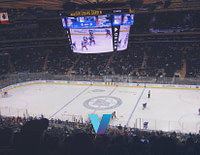 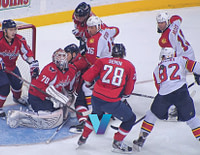