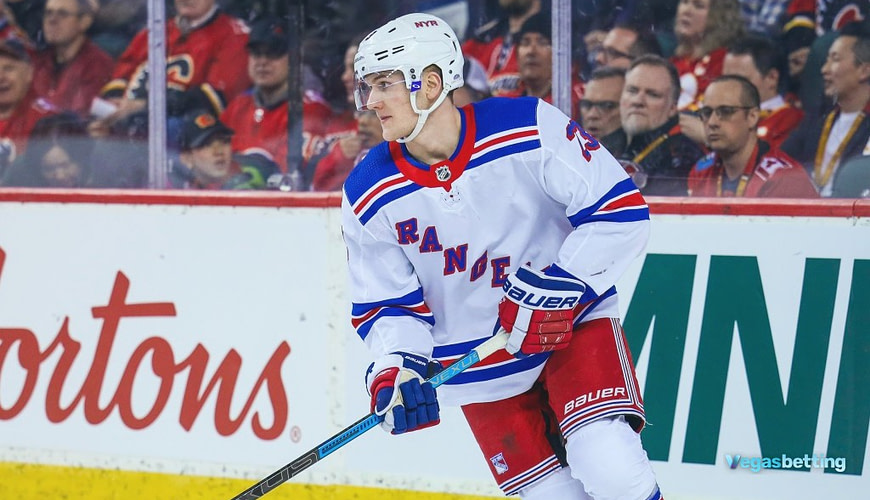 The NHL graces us with a great slate of games this weekend including a big showdown between the Rangers and Montreal, and an exciting rematch of last year’s playoffs between the Predators and Hurricanes. Plus more games cover in our NHL weekend picks and betting preview.

NHL odds will be available on the game by Saturday morning.

Rangers get Edge over Montreal in Original Six Showdown

If you want to look for a team that missed the playoffs last season but should make it in 2022 – look no further than the New York Rangers. The team has one of the best young defensemen in the NHL – 2021 Norris Trophy winner Adam Fox – and one of the most consistent and dangerous forwards Artemi Panarin.

Conversely, Montreal is missing many of their best players – including Carey Price. The Canadiens have struggled in the years where Carey Price has missed significant time. Excluding last year’s “unique season” the last two times Price played fewer than 50 games, Montreal did not make the playoffs.

The Canadiens have more injuries than just Price to deal with over the first few months of the season. They have yet to find someone to replace Shea Weber’s minutes, while their biggest offseason acquisition – Mike Hoffman – is out until at least December.

The Rangers will at times look off (as they did in their season opener against Washington). However, they have two great young players – Alexis Lafreniere and Kaapo Kakko poised to break out this season. Against a team playing their backup goalie and without their captain on defence, these are the games they will show it. If you agree or want to bet on Montreal check out our best NHL betting sites.

The last time these two teams played on the ice, Colorado was finishing off the St. Louis Blues 4-0 in the first round of the 2021 Stanley Cup Playoffs. The Avalanche dominated the Blues over the four games – outscoring them 20-7 with six power-play goals on 12 opportunities.

Colorado is considered by many the best team in the NHL this season. They have studs everywhere on the ice. They won their season opener against the Chicago Blackhawks 4-2 – despite Nathan MacKinnon being sidelined with a positive Covid-19 test.

The Blues are not the same team the won the Stanley Cup in 2019. Jordan Binnington’s magical run in 2019 was followed by two ho-hum years in net. Their offence lost their third-highest scorer from last season – Mike Hoffman. They replaced him with Pavel Buchnevich. Buchnevich scored 48 points in last year’s shortened season, which trumps his previous career-high of 46 points in 68 games.

We want to see more from Buchnevich in his career and more consistency from David Perron (the Blues’ top scorer last season) before you trust them against the Avalanche.

Last year’s first-round series between the Carolina Hurricanes and Nashville Predators was arguably the most exciting of the playoffs. The teams went to overtime for four straight games before Carolina closed out the series 4-2. Nashville was a big underdog going into that series – but put up quite the battle and surprised many.

The key for Nashville in 2021-22 is goaltender Juuse Saros. Saros took over starting duties for Pekka Rinne last season and with Rinne retiring in the offseason, there is no turning back to the veteran. Saros was excellent in the regular season and playoffs with a .927 and .921 save percentage.

Last season, Carolina was noticeably better at home than on the road. They won 71.4% of their games at home compared to 57.1% of games on the road. They also lost two of the three games in the playoffs they played in Nashville (and needed overtime for the one win). We are backing Nashville to get some revenge against the Hurricanes on Saturday.

Edmonton Hosts Calgary in the Battle of Alberta

Connor McDavid and the Edmonton Oilers take on the Flames in the Battle of Alberta on Saturday night. Last season, Connor McDavid and Leon Draisaitl terrorized the Calgary Flames – combining for 32 points in ten games.

Calgary is trouble this season going against Edmonton as the team lost Mark Giordano in the offseason to the Seattle Kraken. The Flames are trying to fill the Giordano hole (who was the 2019 Norris Trophy winner) with Nikita Zadarov – who they acquired from Chicago in the offseason. Zadarov is a step below Giordano as he and the rest of the Blackhawks struggled collectively on defence last season.

Edmonton also acquired a former Blackhawks defenceman in the offseason – Duncan Keith. While Keith is past his prime, he is a veteran leader that will help the Oilers overcome issues (especially the ones in the postseason). They also do not need as much from him, thanks to a late-career renaissance from Mike Smith.

The big-bodied goaltender followed his great 2021 season with an impressive debut this season. Smith stopped 36 of 38 shots against the Canucks to help the Oilers win 3-2 in the shootout. Smith is better right now than Calgary goalie Jacob Markstrom – whose 19 losses led the NHL last season. Go with the Oilers on Saturday.

Edmonton Oilers To Win the Game 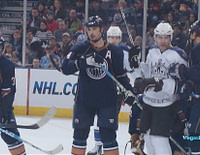