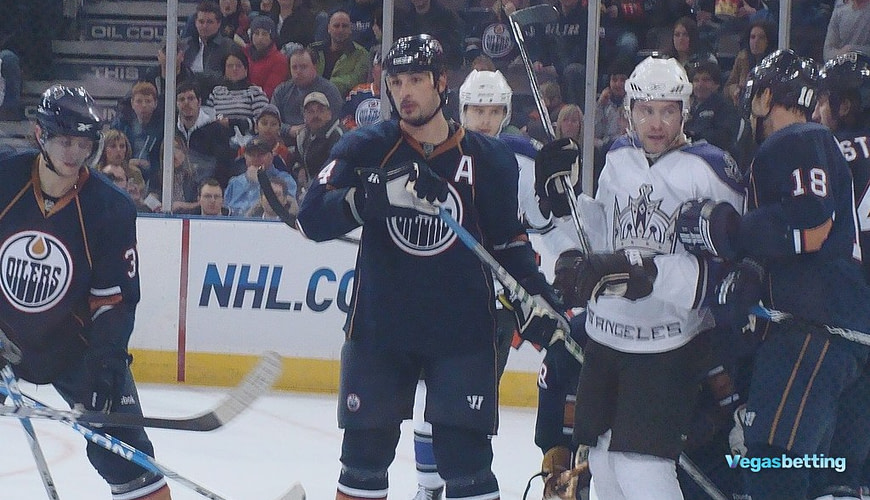 Regrettably and understandably, the NHL decided to postpone all remaining fixtures ahead of the scheduled Christmas holiday break.

The postponements mean we won’t see a return to NHL action until Monday, December 27th. And that’s assuming that all goes to plan.

This is just a temporary cessation in fixtures brought about by the uncertainty caused by the ongoing covid pandemic.

With players failing covid-19 tests all over the place, some orders need restoring. No one seemed to know from one minute to the next if matches were going to take place or not.

This temporary break gives the powers that be some breathing space to decide on the best way forward. And it’s also in the interests of player safety, something that can often be overlooked.

The break in the action gives us the chance to look at the latest vegas betting odds to win the Stanley Cup in 2022.

Colorado Avalanche is still the betting favorite with the Vegas Sportsbooks.

Jared Bednar’s Avalanche is +550 to lift their third Stanley Cup. They are just ahead of the Tampa Bay Lightning in the betting.

It is great to see such an open market in the betting to win the Stanley Cup. Yes, the Avalanche are the fancied side, but they are by no means a betting certainty.

The form of sides like the Toronto Maple Leafs, and also the progress of sides over the past few years like the Vegas Golden Knights, make this season’s NHL an exciting and open contest!

NHL Set To Resume With A Classic After Christmas Break

When the fixtures resume on Monday, there are some huge matches scheduled to take place.

And none bigger than the match at the T-Mobile Arena between the Golden Knights and the Avalanche.

In their final match before the shutdown, the Vegas Knights came unstuck against the Tampa Bay Lightning.

The Lightning won 4-3 at the T-Mobile Center, in what must have been a devastating blow to the Golden Knights.

Yes, there is no shame losing to Tampa Bay, they are second favorites to win the Stanley Cup after all.

But the Golden Knights are trying to become an elite side, and they will see a home defeat to one of their main rivals as a major setback.

Before that defeat, the Golden Knights were on a winning streak of five.  In their last 10 matches, they are 8-2-0. A good run by anybody’s standards.

As for Colorado Avalanche, they were well beaten 5-2 by the Nashville Predators in their last outing.

Prior to that, they also had a five-match winning streak. Across their last 10 matches, the Avalanche has a 7-2-1 record.

This far out from the match taking place, it’s not too easy calling a pick. Who knows what players will be available to both sides, and even if the match will go ahead!

Is Overs the bet on Total Goals?

One area I did want to look at though, is in the total goals markets. Both these two teams are heavy scorers, particularly the Avalanche.

In fact, on closer inspection, Avalanche matches have plenty of goals at both ends of the rink!

In the Avalanche’s last 10 matches, over 5.5 goals have been scored in eight of them. And in a lot of those cases, it has been well over the spread.

In the case of the Golden Knights, in their last 10 matches, over 5.5 goals have been scored on seven occasions.

I can see the total points spread for this match getting set at 6, meaning there will need to be seven or more goals scored for the bet to come in.

But based on the evidence of both these two teams of late, whether the spread is set at 5.5 or 6 goals, I think overs has to be the bet.

Betting to win the Western Conference 2021/22

The Golden Knights top the Pacific Division, and the Colorado Avalanche sit fourth in the Central Division.

The Avalanche are just four points off top place, and they have either three of four games in hand on the three teams above them.

If the Avalanche wins their games in hand, they go top of the division.

In the betting to win the Western Conference, it’s Colorado Avalanche who are the favorites with the best online betting sites.

BetOnline makes the Avalanche +250 to win the conference, while they have the Golden Knights at +375.

It won’t be long before the NHL resumes, and when it does, you want to make sure you are ahead of the betting game.

In order to do this, you might want to have a look at our Las Vegas NHL Betting Odds page, where you will find all the information you need to make a bet on Ice Hockey.

Here at VegasBetting, we will of course also continue to bring you our free NHL picks. 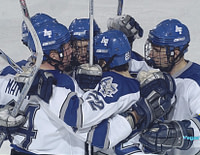