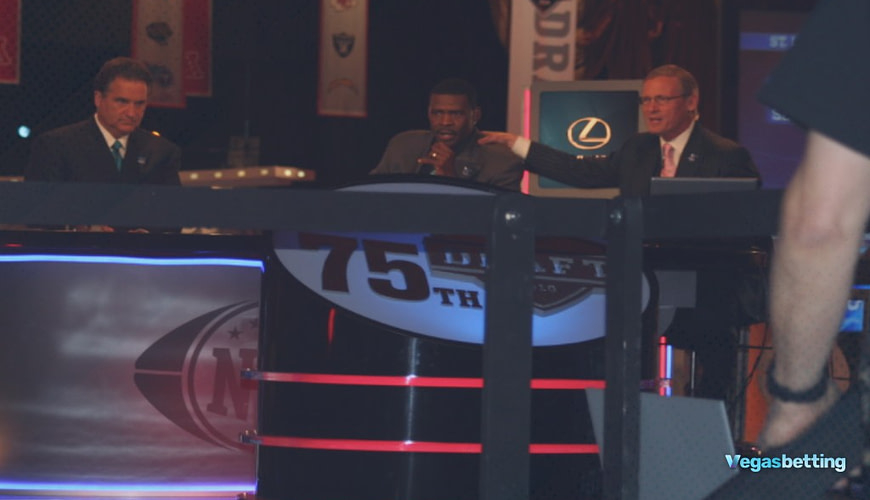 The massive changes are continuing for the Las Vegas Raiders. Not only does the team need to find a new head coach, but the team is on the hunt for a new general manager as well, as Mike Mayock was recently fired. With interviews underway and being set up, Vegas football fans are betting on a new Raiders GM. Who will end up landing the job?

For Raiders fans, Mike Mayock fired as Raiders GM came as a bit of a surprise. Despite all of the adversity that came this way for Las Vegas, the team was able to win its final four games of the year and get to the postseason. They overcame serious NFL playoff Vegas odds to get there. However, things ended early, as the Raiders lost in the AFC Wild Card Round to the Bengals.

Shortly after that defeat, it was announced that Mayock had been fired as general manager. No one expected this, especially with the team in the middle of trying to find a permanent head coach as well. Rich Bisaccia has served as the interim head coach and he even had an interview with the Raiders earlier this week to try and get the job on a full-time basis. With Mayock out of town, it has complicated things a bit for Las Vegas.

“We have relieved Mike Mayock of his duties as General Manager of the Las Vegas Raiders,” the team said in a statement after it was announced that Mayock was indeed on his way out of town and no longer the GM. “We thank Mike for his contributions over the last three years in helping to form the foundation for the franchise to build upon in its future.”

Several names have emerged as potential replacements, with Trey Brown, Dave Ziegler, Ed Dobbs and others emerging as candidates. All three have decent NFL Vegas odds of winning the job, but owner Mark Davis is going to want to take his time and make sure he gets this hire right. The Raiders have a promising future, with the GM and head coaching hires taking priority over everything.

Who will end up being the new Raiders head coach?

A question countless folks out there have is who will end up being the new Raiders head coach? As soon as Jon Gruden resigned due to his controversial e-mails, rumors had swirled on who could end up getting the job. We have to say, however, that Bisaccia has made quite the impression on the front office after taking things over for the team in such a rough spot.

Previously the special teams coordinator, Bisaccia jumped to the top of the line and took this team under his wing. After the Raiders and Gruden parted ways, plus star wideout Henry Ruggs being released due to his DUI arrest which killed a young woman, no one expected Las Vegas to make the playoffs. How in the world could they keep things together? Bisaccia was the glue for this team and fans want him to get the job.

“Rich is one of a kind,” star DL Maxx Crosby said of Bisaccia. “Everybody’s been asking, what’s going to happen? Everybody knows my vote. I made that very clear. I love Rich. I think he’s the best man for the job. He’s come in and done such an amazing job. We won 10 games with a team that’s had tragedy, loss, everything you could imagine. And he’s found a way to get a group of guys to come together and win football games in January and December.”

While Raiders players are pushing for Bisaccia, other candidates have emerged here as well. This includes Jerod Mayo, Kellen Moore, Eric Bieniemy and many others. Las Vegas, similarly to the GM hunt, isn’t going to rush things here. They want to do their homework and make sure they make the right call for who will be the next head coach. Only time will tell if it’s Bisaccia or someone else who is hired.

Back to the GM hunt, there’s no denying that the Raiders postseason exit played a big role in Mayock’s termination from the team in this case. Despite being underdogs, Las Vegas has a golden chance to try and take down the Cincinnati Bengals in the AFC Wild Card Round. Vegas even had a chance to tie things up late, but a Derek Carr interception sealed the win for Cincy.

Now, Las Vegas is out of the hunt to try and get to the Super Bowl. On top of that, things are up in the air for several superstars, including quarterback Derek Carr. Fans had grown increasingly frustrated with Mayock and the front office for not getting something done with Carr before the season got underway. Carr is set to end the final year of his contract.

Throughout the year, though, fans were wondering what the future had in store for him. This all could have been ignored had Mayock and Co. gotten something resolved with Carr in a timely fashion. Instead, now the Carr extension will be a major topic of conversation throughout the offseason, but now Mayock won’t be in the mix of those discussions. 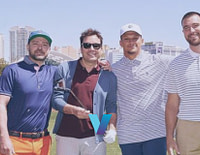 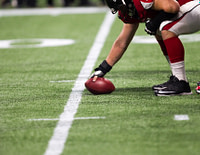 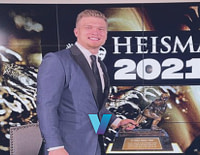 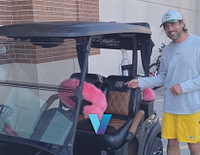