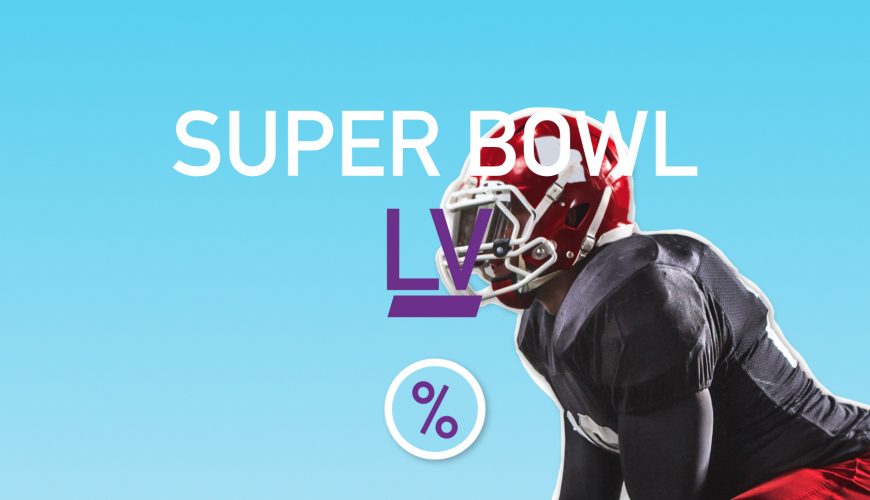 Despite no fans being allowed in the stands, the 2020 NFL regular season turned out to be a brilliant one for everyone to enjoy. Now that it’s time for the playoffs, several teams are ahead of the pack in terms of serious contenders to win it all. So, who will end up taking home the Lombardi Trophy? We’ve got your Super Bowl LV picks for the 2021 game right here.

After going 14-2 during the regular season and locking up the No. 1 seed in the AFC, the Kansas City Chiefs are the favorites to win the Super Bowl and it’s not tough to see why. After winning it all last year, Patrick Mahomes, Tyreek Hill, Travis Kelce and others have the team looking unstoppable thus far this season.

Kansas City holds +180 Las Vegas sportsbook odds to win the title, while they’re followed by Green Bay at +500, Buffalo at +650, New Orleans at +1000 and Seattle at +1200. The Packers have the No. 1 seed in the NFC, meaning they’ll be joining the Chiefs as the only two teams who will have first-round playoff byes.

So, who’s the pick to win the championship? Early on, a lot of money is going on the Kansas City Chiefs and rightfully so. However, we’re going with a bit of a curveball here and we’re picking the Green Bay Packers to stun the Chiefs in the Super Bowl. Why? Because Aaron Rodgers is playing out of this world right now.

The Packers closed the regular season with a 13-3 mark and are playing brilliantly on both sides of the ball. Rodgers finished the year with 48 touchdowns, lighting up fields from start to finish. Star receiver Davante Adams was brilliant, while the defense looked sharp too. They’re our surprise pick to win it all.

Who will take home the Super Bowl MVP honors?

While bettors will be excited to gamble on the winner of the big game, everyone will want to know who will take home the Super Bowl MVP honors as well. Each season when it comes to prop bets, this is one of the most heavily-bet options for folks out there. Entering the Super Bowl in Tampa Bay, there’s several options.

At the top of the list would have to be Mahomes. The superstar signal-caller was named Super Bowl MVP last season after he powered the Chiefs to their come-from-behind win over the San Francisco 49ers in 2020. He’s been superb this season once again and looks poised to defend his crown. Will he do so?

That will all come down to whether or not the Chiefs will go back-to-back. As we mentioned above, we believe the Green Bay Packers will go on to stun the Chiefs in the Super Bowl. Because of that, we’re doubling down and going with Rodgers to be named the Super Bowl MVP. It wouldn’t be the first time for him.

Rodgers was downright incredible in the regular season for the Packers, as the veteran quarterback threw for 4,299 yards, 48 touchdowns and only five interceptions. The wide expectation is that he’ll be named the 2020 regular season MVP, which he deserves. Our pick is for him to also win Super Bowl MVP.

The over for the Super Bowl will be the smart pick

When the Super Bowl is all set, you can expect a high-scoring affair. With us picking the Kansas City Chiefs and Green Bay Packers to win the AFC and NFC, respectively, this will set up a monster matchup at quarterback between Rodgers and Mahomes, as the over for the Super Bowl will be the smart pick.

Opposing defenses had had no luck whatsoever in trying to stop them from having success. On top of that, both teams feature incredible offenses. For Kansas City, Kelce, Hill, Sammy Watkins and others will be ready to make plays catching the ball.

On the ground, rookie Clyde Edwards-Helaire should be back from injury, while Le’Veon Bell will also be all set to make plays for Kansas City. Both Aaron Jones and Jamaal Williams are serious playmakers running the ball for Green Bay too. In the aerial attack, you already know Adams is one of the best in the game.

That’s why the wise pick will of course be with the over. While the Super Bowl odds and numbers haven’t been set for that, if the Packers and Chiefs do end up matching up, it will be a track meet of offensive production. Go with the over, folks, and don’t think twice about it.