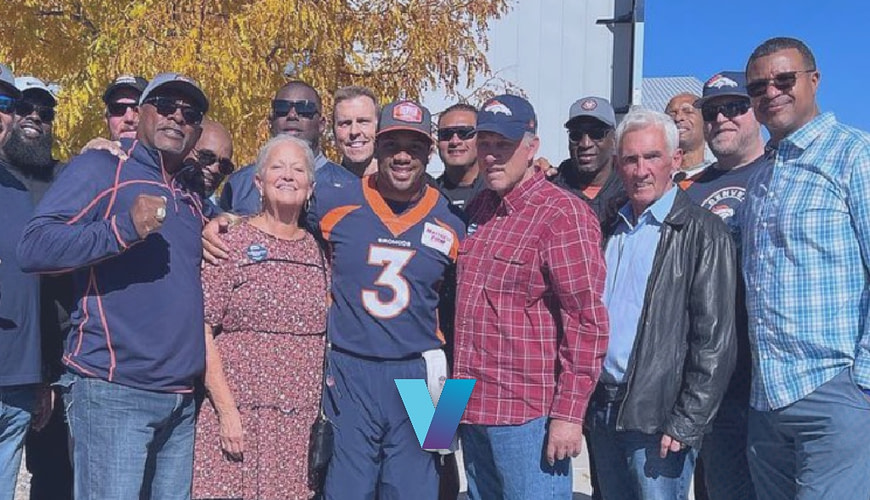 The holidays are here, and that means some fantastic football will be even more exciting for you to check out. With Week 12 here, the race for the postseason is indeed heating up, with teams hoping to inch closer to locking in a spot. This piece has our NFL picks for Week 12 of the 2022 season. Which squads will end up recording some key victories?

The Denver Broncos will record a win against the Panthers

The Denver Broncos will record a win against the Panthers when they meet on Sunday. It has been an awful year for the Broncos; there’s no denying that. This squad figured to be in the Super Bowl conversation when they traded for star quarterback Russell Wilson. Instead, the offense hasn’t started yet, and people wonder why they can’t get in sync.

In Week 11 against the Las Vegas Raiders, things reached a new low for this team, as they suffered a walk-off loss going up against Derek Carr and Co. In overtime, Carr found star wideout Davante Adams for an unreal touchdown, which broke countless Denver hearts at the stadium. Luckily for this team, they have a great chance to get back on track in Week 12 vs. Carolina.

The Panthers are in worse shape than the Broncos, as they can’t seem to do much of anything. Baker Mayfield looked rough against the Ravens in Week 11, and fans aren’t too excited about him starting another game. The Denver defense will look to make his life miserable in this one, and they have a great chance of making that happen come game time.

According to the best-rated sportsbooks, which includes the reliable Bovada review, the Broncos hold -125 odds to beat the Panthers in Charlotte, while the home team has been given +150 NFL betting odds. Again, we think the Broncos will be able to bounce back and finally give their fans something to be excited about. That’s right. We’re going with Denver as our pick.

The Seahawks are favored to take down the Raiders

In another fun showdown, the Seahawks are favored to take down the Raiders when they meet on Sunday afternoon. Seattle is coming off a bye in Week 11, while the Raiders recorded their thrilling overtime win over the Broncos in Denver. Carr and Adams have a ton of confidence, but this season hasn’t gone according to plan for the AFC West side.

Similar to the Broncos, many people thought Las Vegas would have high Super Bowl betting odds at this time of the year thanks to hiring Josh McDaniels as their new head coach, plus bringing in Adams via the blockbuster trade with the Green Bay Packers. That hasn’t been the case, though, as the Raiders feel like long shots to make the postseason this winter.

Meanwhile, Seattle is 6-4 on the year and in first place in their division. Not many people thought this would be the case, but quarterback Geno Smith has been a pleasure to watch, and he has revived his career in 2022. Now, Smith will be hoping to get Seattle back to its winning ways, as they lost to Tom Brady and the Buccaneers before their bye.

Per the oddsmakers, the Seahawks hold -200 betting odds to record a win, while the Raiders are +175. This feels like it will be a much closer game than people expect. The Raiders’ offense is always a threat with Adams on the field. However, the crowd at Lumen Field will be rocking, ready to support Seattle. We’re going with the Seahawks as our pick.

Nothing will stop the Chiefs from beating the Rams

Last but not least, nothing will stop the Chiefs from beating the Rams on Sunday. Kansas City is looking unstoppable right now, as the offense is too much to handle. Do we have to bring up Patrick Mahomes? Of course, we do. Mahomes is playing like one of the best quarterbacks in the game, and he’s 100 percent going to be in the MVP conversation.

The Rams have had one of the world Super Bowl hangovers we’ve ever seen. Los Angeles can’t do much of anything right, and it’s been a long campaign for head coach Sean McVay. Things will be even more complicated for them going up against Kansas City.

The oddsmakers have Kansas City set at -700 to win. That alone tells you how dominant the Chiefs are expected to be in this one. LA needs a miracle to take down KC. That’s not going to happen. We’re 100 percent going with the Chiefs as our pick to win this showdown. Mahomes and Travis Kelce will be ready to put on a show from start to finish against the Rams. It could be a long game for their defense.

KC Chiefs to beat the Rams