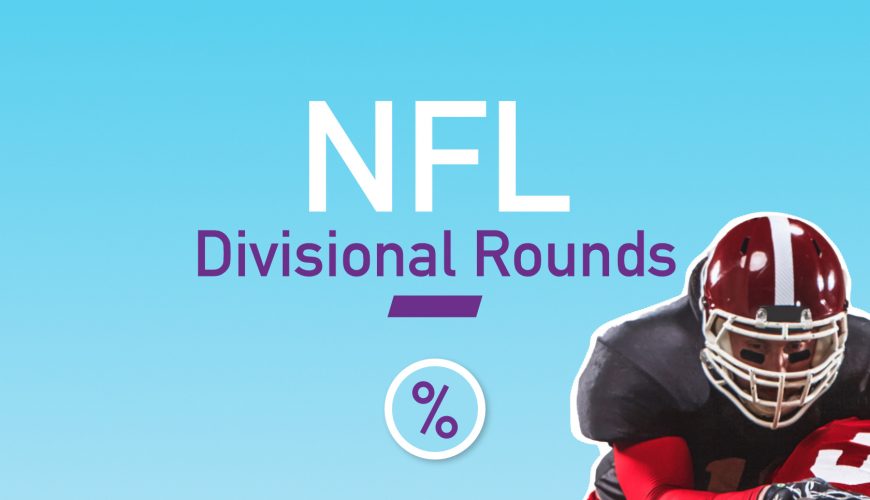 After a thrilling start to the NFL postseason with Wild Card Weekend, we’re all set for more action to get back underway this week. Here at Vegas Betting, we’ve got your NFL Divisional Round picks and odds ready for you, as fans want to know if more upsets will be on the way. What can we expect?

Packers should have no problems taking down the Rams

After earning the No.1 seed, Green Bay enjoyed a bye last week. Now, Aaron Rodgers and Co. are ready for their ’20 playoff debuts, and the Packers should have no problems taking down the Rams. While Los Angeles has confidence after beating Seattle, there’s no way they down the Packers.

The big reason why LA is an underdog with its +250 NFL odds is because of the Jared Goff vs. Rodgers battle at quarterback. Goff recently had thumb surgery and is nowhere near 100 percent. Even if he was, Rodgers is likely the 2020 MVP and is miles better than Goff.

Plus, the temperatures are expected to be below freezing on Saturday. Goff has historically played poorly in cold weather. The same can’t be said for Rodgers, as you can expect him to put on a show at Lambeau Field against the Rams’ secondary.

Green Bay is favored by seven points for this one. We’re not only expecting them to win, but we think Rodgers, Davante Adams, and the rest of the offense will cruise to a big win and cover the spread as well. Pick Green Bay with confidence for this matchup, as they remain the NFC favorites to get to the Super Bowl.

Can Lamar Jackson power Baltimore to another upset win?

Over in the AFC on Saturday, the question everyone has on their minds is can Lamar Jackson power Baltimore to another upset win? In the Wild Card Round, Jackson put on a show and helped the Ravens take down the Tennessee Titans in Nashville. Now, he’s got a huge test going up against the Bills.

Buffalo took down the Colts last weekend, but Philip Rivers and Indianapolis sure gave them a scare. Josh Allen and the offense looked solid, but the defense had trouble slowing down the Colts at times. Now, Buffalo will have the incredibly tough task of trying to contain Jackson.

Jackson is known for the plays he’s able to make with his feet, but he continues to get stronger throwing the ball, outside of his poor interception last week of course. In this one, the bills are 1.5-point favorites, with -125 odds to win straight up. Baltimore has been listed at +105. So, who do you go with?

Call us crazy, but Baltimore is riding high on a six-game winning streak right now. Jackson has been sensational and the defense has really stepped up. Our pick is for the Ravens to pull off the upset and take down the Bills to earn a trip to the AFC Championship Game.

What a story Cleveland has been in 2020. The team made the postseason for the first time since 2002 and shocked the Pittsburgh Steelers at Heinz Field on Sunday night. Unfortunately for them, the magical run will end for the Browns going up against the Chiefs at Arrowhead Stadium in the Divisional Round.

The Vegas sportsbooks aren’t giving the Browns much of a chance in this game against Kansas City, as the Chiefs are 10-point favorites and have -480 odds to win. Cleveland’s +380 odds surely won’t provide the fanbase with much hope to see another upset this weekend.

With that being said, the Browns’ offense is clicking on all cylinders. Putting up 48 points against Pittsburgh’s defense last week was downright impressive, with Baker Mayfield throwing for 263 yards and three touchdowns. The running back combo of Nick Chubb and Kareem Hunt has also been outstanding.

Because of this, we think the contest between the Browns and Chiefs is going to be much better than people think. While we’re picking Kansas City to win straight up, we also believe this game will be decided in the fourth quarter and the Browns will surely cover the 10-point spread.

While the New Orleans Saints are three-point favorites on Sunday, we believe Tom Brady will outlast Drew Brees in the meeting of two future Hall-of-Famers. This juicy NFC South showdown has the makings to be a back-and-forth affair and plenty of points are going to be scored.

With that said, Tampa Bay’s offense has looked unstoppable late in the year, with Brady playing like he was in his late 20s. While New Orleans offense has also been strong, Brees’ issues throwing the ball downfield have been well documented. He’s lost plenty of zip.

What will help New Orleans is if Alvin Kamara can do what he does best and break free for big gains. Kamara also does a tremendous job catching the ball out of the backfield.

This one should be close and the Superdome will host an incredible game, but at the end of the day, our pick is for the Bucs to upset New Orleans, with Brady punching his ticket to the NFC Championship Game for the first time in his storied career.