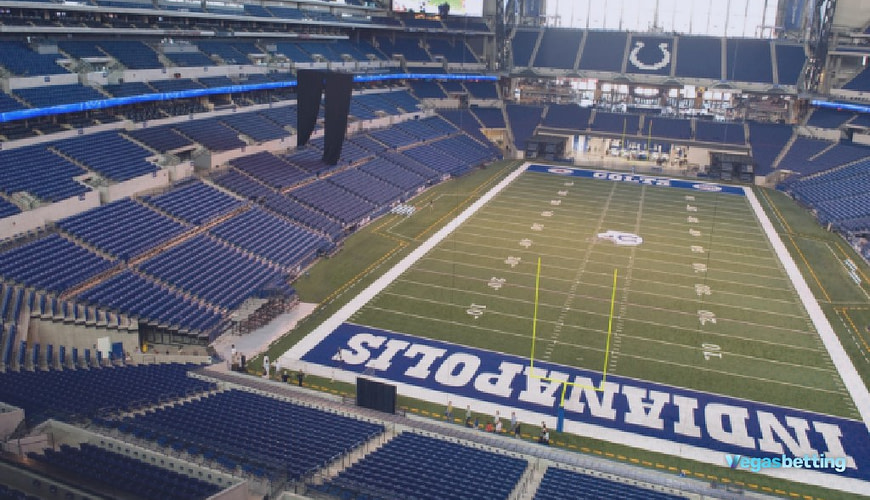 There are some monster matchups coming this weekend and NFL fans across the country can’t wait for things to get going. The Cowboys and Saints will kick things off on Thursday Night Football, but that’s not the only juicy contest. In this piece, we have NFL Week 13 picks including Colts favored over Texans. Will Carson Wentz be able to power Indianapolis to another win?

Colts should cruise to a big win over Houston

It goes without saying, but the Colts should cruise to a big win over Houston in this one. The two AFC South teams have had completely different campaigns, with Indianapolis really impressing at times, while Houston is in the middle of a year to forget. This was widely expected thanks to Deshaun Watson being out of action due to his sexual assault allegations.

Meanwhile for the Colts, they’ve won three of their last four games. They were on a three-game winning streak before running into Tom Brady and the Tampa Bay Buccaneers in Week 12. This was a see-saw battle, but the Bucs were able to win things late on a Leonard Fournette touchdown. The final score of that game was 38-31, as it was an offensive battle.

Despite that loss, the Colts have really been playing well. Carson Wentz is making major improvements throwing the ball, with star wide receiver Michael Pittman Jr. really standing out too. On the ground game, Jonathan Taylor has been sensational. No one has forgotten about his five-touchdown performance against the Bills last month. What will he have in store for Houston?

Per the Las Vegas sportsbooks, Indianapolis has -390 NFL Vegas football odds to take down the Texans in this one. Houston will try its best to record and upset, but we just don’t see it happening. The Indy offence has been on a tear of late, and they should make easy work of the Texans. We’re going with the Colts as our pick. Do you agree? Check out the best NFL betting sites and place a wager.

Las Vegas vs. Washington will be a close battle

In an intriguing matchup, Las Vegas vs. Washington will be a close battle from start to finish when they meet on Sunday. Both teams are coming off impressive wins in Week 12, as the Raiders and Derek Carr were able to take down the Dallas Cowboys on the road on Thanksgiving Day. Meanwhile, for the WFT, they beat the Seattle Seahawks during Monday Night Football.

For Washington, the defense really put on a show in this one. Star quarterback Russell Wilson was having problems all night trying to find an open receiver. Wideout DK Metcalf didn’t record his first reception until late in the fourth quarter. That’s a testament to the defense shutting down the Seattle offense as a whole, as the ground game for the Hawks was non-existent.

Meanwhile for the Raiders, Carr and Co. really looked sharp against Dallas. Carr finished with 373 passing yards and a touchdown, while running back Josh Jacobs rushed for 87 yards and added a score as well. While Dallas was without Amari Cooper and CeeDee Lamb, they were still favored to win. Las Vegas didn’t care about that, as an upset was pulled off.

In the week 13 matchup, the Raiders are slight favorites at -142. Washington is at +120 and they’ll hope to record yet another key win to keep their NFL playoff odds high. It will be on running back Antonio Gibson to step his game up, while Carr will be looked at to power the Raiders to a victory. How will this one turn out? It’s tough to make a choice for this particular matchup, but we’re going with the Raiders as our pick.

Last but not least, Miami will take advantage of Daniel Jones missing Week 13 for the New York Giants. The NY quarterback is dealing with a neck injury and he’s already been ruled out for the upcoming showdown with the Dolphins. With Jones out, that’s terrible news for the Giants. Their offense struggles as it is, and missing Jones means that Mike Glennon will start. Ouch.

For the Dolphins, they’ve won four consecutive games after starting the season at 1-7. Tua Tagovailoa has looked strong and the good news is that he and Jaylen Waddle have really developed a strong connection. Last week, Waddle recorded well over 100 yards and a touchdown. With Waddle playing well, it really opens up the field for the offense.

While the Giants still have Saquon Barkley and Kenny Galloday to make plays for their offense, Glennon isn’t a good quarterback and the Miami defense will look to give him some fits. With Miami hoping to keep its postseason fate alive, they’ll surely need to record a win going up against New York this weekend. Will they be able to get the job done? We think so. The Dolphins are our pick.