For a while now, there’s been plenty of reports and rumors bringing up a potential move for the Oakland Athletics out of the Bay Area. Could the ball club be getting ready to leave town and move to a different state? Things really are looking that way, with Nevada being a potential destination. Matter of fact, the Oakland Athletics just took the next step in potential Las Vegas move, which sure has folks talking about this being as a possibility.

In a not-so subtle move, the Athletics sent out an e-mail survey to Las Vegas Aviators fans to gauge their interest in supporting the club if they were to move to Sin City. The Las Vegas Aviators are a Triple-A team, and they just so happen to be an affiliate of the Athletics. This makes things even more interesting in the possibility of the big-league team moving here.

It’s been no secret that fan support in Oakland has gotten smaller and smaller over the years. There have been countless games where there are basically no fans at the stadium in Oakland. It’s been disappointing to see, especially with the Athletics being so competitive in the AL West over the years. Despite strong performances and great play, there really hasn’t been a lot of love from fans.

That’s why ownership is looking to maybe head elsewhere. With the stadium being so old in Oakland too, it would open the door for a brand new stadium to be built in Las Vegas. That’s exactly what happened with the Oakland Raiders, as the team moved to Las Vegas and the incredible new Allegiant Stadium was built. While Derek Carr is in no rush to sign an extension, that doesn’t mean fans aren’t hyped about the team as a whole right now.

With the popularity of sports in Sin City, Las Vegas makes plenty of sense for a new MLB team, as the community as a whole is growing in terms of professional teams being in town. What makes things even more interesting here is that the NBA is discussing the possibility of an expansion team heading to LV as down the road. With the NHL and NFL arriving, adding an MLB and NBA team would be incredible for the city.

Folks already check out the best MLB Vegas odds as it is via the Las Vegas Sportsbooks. Imagine how much that would increase if the Athletics were to head home. There could even be sportsbooks inside of the stadium as well, which would only make the game-day experience even more intriguing for folks who support the team. In the survey sent out by Oakland, it’s clear they’re interested to see just how baseball fans feel about a pro team in Vegas.

“Your participation in this survey is very important to the A’s and will help inform decisions regarding the team’s future,” part of the survey read. “The survey will gauge your thoughts and opinions regarding the team, its potential relocation, interest in attending games, and preferred stadium design elements. Please note that no decisions about the potential relocation of the A’s or the construction of a new ballpark in Las Vegas have been made.”

As you can see from that quote, the A’s made it more than clear that no decisions have been made about relocation to Las Vegas. With that said, there’s simply no way they would have e-mailed out this survey if the team owners weren’t seriously considering a move to Las Vegas. Right now, all of this talk really has local fans excited about MLB making its way to Las Vegas. It’d really be a game-changer.

When could the Oakland Athletics potentially move to Las Vegas?

A question plenty of folks have on their minds is when could the Oakland Athletics potentially move to Las Vegas? There are plenty of moving parts here. Ironically enough, things are also up in the air for when the NBA could head to town too. It will all come down to what ownership decides. From this chair, however, it really is looking like the A’s will be leaving Oakland in the near future.

The city has no plans to build a new stadium and there isn’t even a consistent number of fans who even care about attending anyway. It could be in the best interest of Major League Baseball as a whole for Oakland to pack up and head to a new city. With that said, Las Vegas would provide plenty of excitement and there’s certainly a big market there for the team to have success.

Not only that, but so many baseball fans who visit Las Vegas on vacation would be inclined to head to the stadium as well. We’ve all seen what’s happened with both the Golden Knights and Raiders. Those two teams have brought in plenty of support from across the country and the same would be expected if an MLB team joins the party as well. Right now, it only feels like a matter of time before a massive announcement is made. Stay tuned, MLB fans. 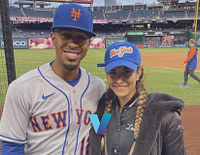 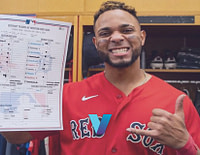 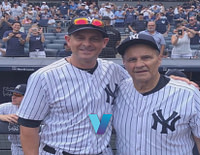