Djokovic a Strong Favorite for Wimbledon 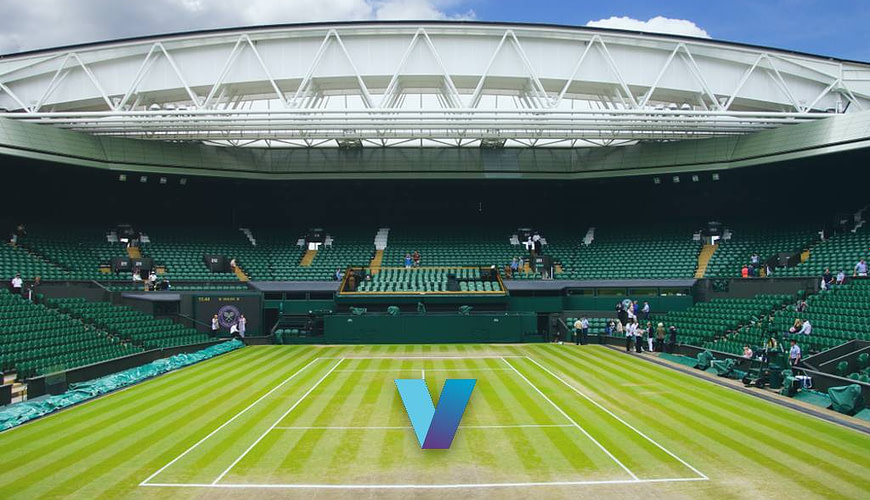 Novak Djokovic has won the last three Wimbledon Men’s Singles titles and is a strong favorite to make it four in a row in London this year.

The main tennis online betting sites are clear about the favorite for Wimbledon going into this tournament. Novak Djokovic is odds-on to win the title, at -130. His closest rivals appear to be Rafael Nadal (+630), Carlos Alcaraz (+770) and Matteo Berrettini (+550). Further down the list, French Open semi-finalist Marin Cilic is +2000 and home crowd favorite Andy Murray can be backed at as high as +8000.

With his six victories overall—two fewer than the all-time tournament leader Roger Federer—Novak Djokovic has plenty of motivation to start the second half of the season with a strong statement, after what has been a difficult and turbulent few months.

He was unable to defend his Australian Open title after being expelled from Australia for his anti-vaccine stance, and later, for the same reason, was forced to skip the Sunshine Double in the US. Two months into the season, he finally got underway, winning at the third attempt, in Rome, but was then eliminated by old rival Rafael Nadal in the French Open quarterfinals.

That win also took Nadal two Grand Slams clear of Djokovic in the all-time lists, so the Serbian baseliner will be hungry to close the gap. There is no such thing as a certainty in sports betting, but Djokovic winning Wimbledon is about as close to that as you can get.

Weighing Up the Spanish Challenge

The strongest challenge to Djokovic could come from two Spanish players, at least, according to the sportsbooks. Carlos Alcaraz

Carlos Alcaraz and Nadal are two of the likeliest players to stop the Serb, at least according to bookmakers. Alcaraz has been excellent this year, but as a teenager, he may lack the experience to clinch a huge title such as Wimbledon, and his first appearance on the famous grass courts, last year, ended in the Second Round. He has eight victories over players who are ranked in the Top Ten to his name, including Nadal and Djokovic, so he can’t be ruled out.

Rafael Nadal, of course, will always pose a threat. He still has the chance to win all four Grand Slam tournaments in a single calendar year, a feat that has not been accomplished since 1969, with the Australian and French Opens already in his trophy case. Wimbledon, though, is his least successful Grand Slam. Despite having won it twice, the grass-court surface is not perfect for the King of Clay, so bettors should be wary of backing him at a short price.

The other Wimbledon contenders include Italian Matteo Berrettini, who has returned from injury in excellent form, winning nine games in a row, including a successful defence of his Queen’s Club title last week. Berrettini reached the final of Wimbledon last year and took Djokovic to four sets and with a game that is perfect for grass courts, he looks the likeliest man to topple the reigning champion.

Five years after losing to Roger Federer in the Wimbledon final of 2017, Marin Cilic is enjoying career-best form. Given that clay is not his preferred surface, his achievement in reaching the semi-finals in Paris was impressive.  that he made it to the semifinals in Paris. Given that he is recognized as one of the top players on grass, it is surprising to see him at a relatively big price here.

With Djokovic available at very short odds, some tennis bettors will be tempted to look for a Wimbledon long shot and we can expect some tennis fans to back the home favorite, Andy Murray. Obviously, the double Wimbledon winner, who has an 82% success rate on grass, will have the support of the whole UK when he takes to the court, and this is, for obvious reasons, his favorite venue. But we can’t ignore the fact that he has not shown anything like the form needed to challenge for the title.

Young French talent Ugo Humbert has been in poor form this season and failed to defend his Halle Open title, as well as going out in the First Round at Eastbourne, but he wouldn’t be the first player to raise his game in the unique atmosphere of Wimbledon. He is a young player of huge potential, who has the perfect game for grass, which is by some distance his best surface. At big odds, he is worth a look.

Check out the leading tennis betting sites below. You can get the best Wimbledon betting odds when you bet with these partners.