Home » News » UFC picks for Brunson vs. Till Fight Night

UFC picks for Brunson vs. Till Fight Night

On Sept. 4, the UFC Apex will feature another exciting event, as Derek Brunson and Darren Till are all set to face off in the octagon. That showdown of middleweights will be an exciting one, as the two will go punch for punch. In this piece, we have our UFC picks for Brunson vs. Till Fight Night, and we also break down some of the other exciting matchups on the docket.

Darren Till is expected to take down Derek Brunson

In this matchup, which fans simply can’t wait for, Darren Till is expected to take down Derek Brunson in the main event on Sept. 4. While Till is favored to come away with a win, that doesn’t mean that Brunson won’t provide him with a difficult showdown. Matter of fact, we could see this one going 2-3 rounds, with each guy putting on a show from start to finish.

Entering this bout, Brunson is 22-7-0, while Till is 18-3-1. On paper, Till has the better record, but he’s also coming off a tough loss to Robert Whittaker the last time he was in the ring last July. That loss came via a decision. As for Brunson, he defeated Kevin Holland in March at a Fight Night event, coming out on top via a decision. You know that gives him confidence. Till is also quite cocky heading into things, though.

“I just want to beat Derek Brunson in the first round, then we’ll see,” Till said in a recent interview leading up to the fight. “I know I’ve got the tools to beat Robert Whittaker, Israel Adesanya, Marvin Vettori, Paulo Costa, Derek Brunson, Uriah Hall, Sean Strickland, all these guys. I know it.”

Per the Las Vegas Sportsbooks, Till is listed at -152, while Brunson has been placed at +128. While Till is the favorite, it wouldn’t be a major shock if an upset is recorded by Brunson. He has all the tools to get the job done. This is quite a tough decision in making a pick, but at the end of the night, we believe that Till will be able to be victorious over Brunson. We’re going with Till as our pick.

In the co-main event of the night, Tom Aspinall should cruise to a big-time win over Sergei Pavlovich. Per the oddsmakers, Aspinall has been set at -196, while Pavlovich is coming in at +164 UFC odds. Pavlovich will also be fired up to try and record an upset, but Aspinall is simply too good of a fighter to let his guard down and potentially let things get out of hand.

The last time we saw Aspinall inside of the Octagon, he defeated Andrei Arlovski thanks to an impressive submission. That came in the second round of their bout in February. As for Pavlovich, we haven’t seen him compete in a UFC fight since 2019. On that occasion, he was able to record a victory via a knockout over Maurice Greene. Will he be able to do the same against Aspinall? Aspinall is also quite confident in his abilities.

“The plan has not really changed,” Aspinall told UFC.com in a recent talk. “I feel like I’ve got at least another 10 years left. I’m only 27, and I know a lot of the heavyweights develop much later than smaller guys, so I’m only expecting to fully develop. I think I’m a bit of a late-bloomer, so I’m really going to be good in my mid-30s, and I’m only mid-to-late 20s at the moment. There’s no rush. I’m going to fight everybody anyway, so let’s just go through them one-by-one.”

Aspinall knows he’s the superior fighter and he’ll look to remind folks of that in early September. Again, Pavlovich may have what it takes to try and record a win, but we simply don’t think that will happen when he and Aspinall put on the gloves and fight things out. We’re going with Aspinall as our pick. Do you agree? Check out our UFC betting sites and get a wager in today.

Will Mandy Bohm be able to hold off Ariane Lipski?

Last but not least, everyone is going to want to know will Mandy Bohm be able to hold off Ariane Lipski? This is going to be an exciting matchup of the two female flyweights, as they’ll both be ready to give it their all to try and get a win. Fans are really looking forward to this one, as Bohm and Lipski are pretty evenly matched up ahead of their fight. Who will win?

Per Vegas, Bohm is the favorite with her -132 odds, while Lipski is checking in at +112. For her career, Lipski has posted a 13-7-0 record, while Bohm is 7-0-0. Bohm also has one no decision on her tally as well. Both fighters have plenty of swagger going into the bout. For Bohm, she’ll of course have the confidence of being favored for this exciting matchup.

We could see this ending via a decision, as the two really do match up well together. Lipski will look to try and surprise Bohm with some powerful punches, but you already know that Bohm will want to try and record a knockout as well. The two are ready to make quite the statement for this Sept. 4 Fight Night. When it’s all said and done, we think Lipski will pull off the victory. 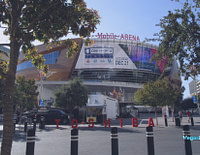 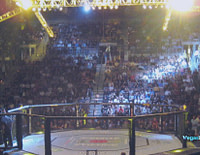