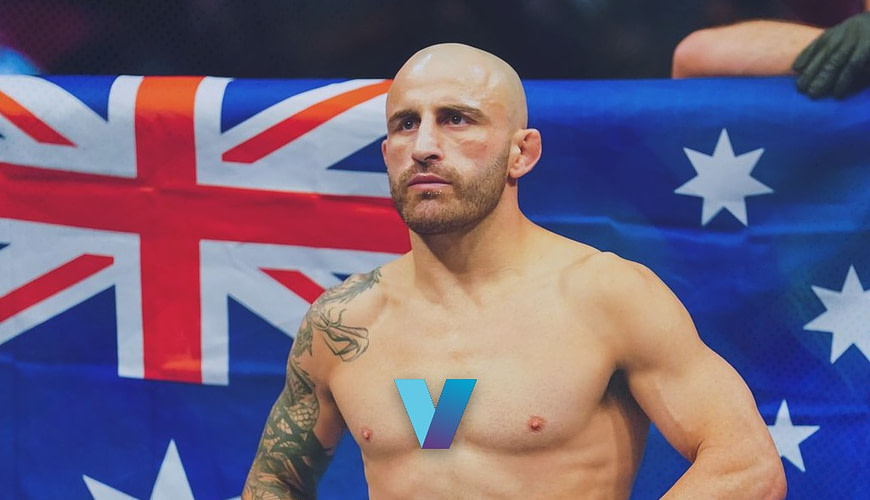 Florida has it going on next weekend, MMA fans, as UFC 273 is just a little over a week away. With the event on April 9th, sports bettors cannot wait to see the fight between Peter Yan and Aljimain Sterling. Furthermore, the main is Alexander Volkanovski (the top favorite) facing Chan Sung Yung (The Korean Zombie). In this article, we have the best picks for UFC 273, which should be a solid fight night. The action takes place from the VyStar Veterans Memorial Arena in Jacksonville, Florida.

The main event features Alexander Volkanovski going up against Chan Sung Jung next Saturday night. The Australian MMA artist is the Featherweight Champion. He comes in with a 23-1 record, 11 knockouts, and three submissions. Volkanovksi comes in third among all fighters in their pound-for-pound rankings. His last fight was the 2021 Fight of the Year against Brian Ortega won by unanimous decision.

As for Chan Sung Jung, the Korean is getting his second chance at the belt. His record is 17-6-0 in his career. On paper, these two are on the opposite sides of the spectrum. The last time Jung fought for the title ended in a TKO by punches via Jose Aldo in 2013. The featherweight has had an interesting career that included military service. Jung challenges again. Now, the odds are gathered from the top-tier UFC Vegas online betting sites below:

Also, he enters this meeting with a chance to avenge the fight that never happened. Jung, at 35 years old, has absorbed some punishment through the years. Think about it; he may only have 23 bouts at this level. However, there was the two years of military service and many Brazilian Jiu-Jitsu fights. Keep in mind, 14 of his 17 wins come by either knockout or submission. The Korean can be very dangerous.

Now, Jung comes in as an intriguing long shot for the UFC Vegas Betting odds, while Volkanovski is listed as a -700 to -900 favorite. The money may run a little bit toward Jung because of the numbers being that lopsided. Even Jung fought last June while Volkanovski bested Ortega late last September.

There is no disputing that Alexander Volkanovski wants to more than just beat Chan Sung Yung. For his part, the Australian is 33-years-old himself. He knows that Father Time is undefeated and there is not much time to cement his legacy as one of the greatest UFC Featherweight Champions, if not fighters of all time. The scheduled Max Holloway trilogy was supposed to do that, but the schedule is what it is.

Volkanovksi is one of the master escape artists of all time. He did it a bunch of times in his last several fights, highlighted in the Brian Ortega fight. Lesser UFC champions would have lost but the Australian kept fighting back. He took shots that heavyweights would fall and succumb. Few still believe he possesses a 23-1 record heading into UFC 273.

Consequently, Volkanovski proved he belongs in the ring with all-time bests. Furthermore the UFC 273 best picks favorite, the Australian is ready to unleash a barrage of strikes and punches that Chan Sung Jung has likely never seen. There is an easy chance to take Volkanovski in a knockout scenario for more value here too.

So, Volkanovski seeing his odds go as short as -900 for April 9th, take the Australian to move one step closer to UFC legend. However, Bovada offers a steal here at -450. Take advantage of it!

In one of the wilder matchups of Saturday night, Petr Yan will defeat Aljamain Sterling in a rematch from a fight last March. Yan was ahead on the cards and looked to be on his way to a decision win. However, an illegal knee disqualified the Russian and gave Sterling the Bantamweight Title. Yan is one of those fighters that just does not lose. However, Sterling was given the #9 pound-for-pound fighter everything he could handle in that bout.

Surprisingly, most are perplexed that Yan is as big of a favorite as he is. That is not his fault but he has kept in shape. If it was not for COVID and Sterling’s “injury issues”, this fight would have taken place already. Barring something unforeseen, both fighters are fully trained and this rematch is finally on for next Saturday.

This makes UFC 273 even more entertaining for bettors and fans to watch. Everyone knows that both fighters are very aggressive with high leg reachability and Sterling’s 71-inch overall reach. However, Yan is even more dangerous because of his compact style and ability to turn power quickly. He rocked Sterling several times in that first fight. Both fighters have a high “strike rate” potential which can end the bout quickly.

Picking around the Vegas pundits, this tilt leans toward Yan with -450 to -550 odds. Sterling is a value +325 to +375 underdog. Again, the feeling is the American will get his shots in early as he did in the first fight versus the Russian. Alas, we are siding again with Yan as another UFC 273 Best Pick. Also, it’s worth checking out some fine NHL Vegas odds and bets, too and shop to maximize wagers.

Last we examine a potential demolition as Khamzat Chimaev fights Gilbert Burns. The fighter has not lost once in ten fights and has been the fighter of the night in four bouts in UFC.

Expect Chimaev to use his quick-strike power early and often on Saturday night. This could end quickly so look at those around props. Take the Chechen MMA fighter even with the inflated odds in his favor. 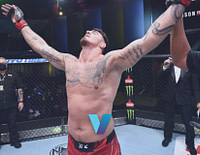