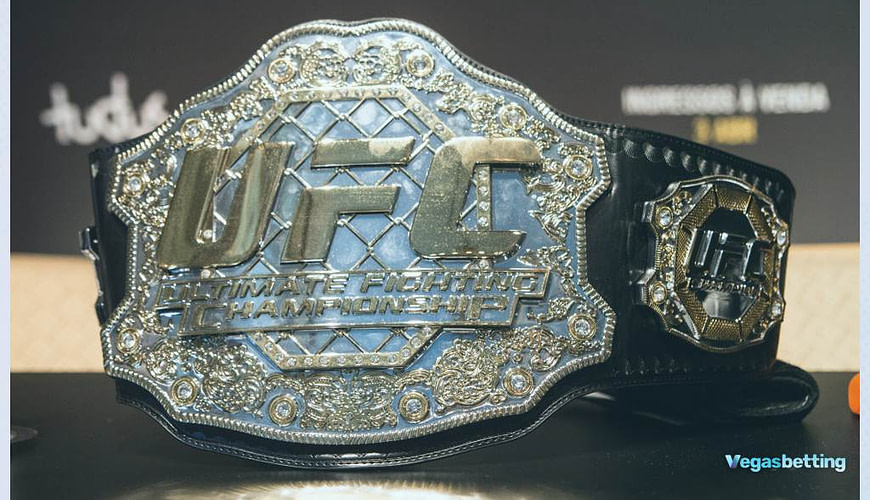 Get your popcorn ready, MMA fans, as UFC 267 is inching closer and closer. With the event all set to take place on Oct. 30, fans can’t wait to see the battle between Jan Blachowicz and Glover Teixeira. On top of that, there are several other exciting showdowns for fans to enjoy. In this piece, we have futures picks for UFC 267, which will be one unreal night for everyone to enjoy.

Blachowicz should be able to beat Teixeira

In the main event, Blachowicz should be able to beat Teixeira. The two light heavyweight superstars are ready to duke it out with the title on the line. You know that things are going to be made even more intriguing since there’s a belt on the line. Both of these fighters are going to do everything in their power to leave the octagon as champions of the division.

For Blachowicz, he enters this meeting with Teixeira with his 28-8-0 record. As for Teixeira, he’s 32-7-0 in his career. On paper, these two are pretty evenly matched up. The last time we saw Blachowicz put the gloves on was at UFC 259, as he went head-to-head with Israel Adesanya. This was a fight to remember, with Blachowicz recording a victory via decision.

Now, he enters his next meeting with Teixiera with loads of confidence. We’re not expecting this particular fight to end in the first round. Nope, this one should be a see-saw battle, with the two exchanging several blows from start to finish. We also wouldn’t be surprised if the main event ended up going the distance. That’s how entertaining this one could prove to be.

Per the Las Vegas sportsbooks, Blachowicz has been given -260 UFC odds, while Teixeira is listed at +210. This tells you that Blachowicz is quite the favorite to have his hand raised at the end of the night. Teixeira will surely try and muster up everything he can to record an upset, but we just don’t see that happening in this case. We’re going with Blachowicz as our pick.

Petr Yan will be too much to handle for Aljamain Sterling

In another big-time matchup, Petr Yan will be too much to handle for Aljamain Sterling when they dance. As most MMA fans know, these two faced off previously, but things ended in dramatic fashion. That’s because Yan tried connecting with a powerful knee on Sterling, but it ended up catching him in the back of the head. Because of this, Yan was disqualified and Sterling was declared the winner.

To this day, Yan remains furious over how things ended. To lose with a DQ is simply one of the worst feelings for a fighter, especially when you enter that matchup as a big favorite. Now, Yan will hope to clean things up and take down Sterling the right way at UFC 267. Because of their past, you know there’s plenty of intrigue and drama leading up to this brawl.

The two have been exchanging barbs on social media. If you check Twitter, there’s insults being hurled at one another left and right. This makes UFC 267 even more exciting for fans to check out. Sterling wants to shut Yan up, while Yan wants to prove to the world that he’s the superior fighter and that his DQ loss to Sterling the first time they met was nothing other than a fluke.

Per Vegas, Yan is a huge favorite, as he holds -335 odds. Sterling is the giant underdog with +270 odds. While Sterling is a smart fighter and has the abilities to come out on top whenever he’s in action, it’s going to be too tough for him to try and beat Yan in this case. Yan is simply too good and he’s going to prove that he indeed is the better fighter. We’re rocking with Yan as our pick. Agree? Check out our UFC betting sites and get a wager in.

Last but not least, Magomed Ankalaev is also favored to beat Volkan Oezdemir at UFC 267 in a light heavyweight bout. While this fight won’t have the same kind of electricity as the main event, you better believe that both of these guys will have the arena rocking from start to finish as they try and record some powerful blows on one another. It will be a tremendous one.

According to the Vegas oddsmakers, though, the expectation is that Ankalaev will cruise to a nice victory over Oezdemir come next month. Ankalaev holds -290 odds, with his opponent being given +235 odds. Those odds really make it seem like Ankalaev really should have no issues in recording yet another win. With his power, he’s always a threat.

Now under the bright lights of a UFC 267 showcase, this is only going to motivate Ankalaev to keep the pressure going in the division with an impressive win. He wants to keep working his way up the ranks. What better way than fighting to the best of his abilities at UFC 267 and making easy work of Oezdemir? We think that will happen, as Ankalaev is our pick to win.