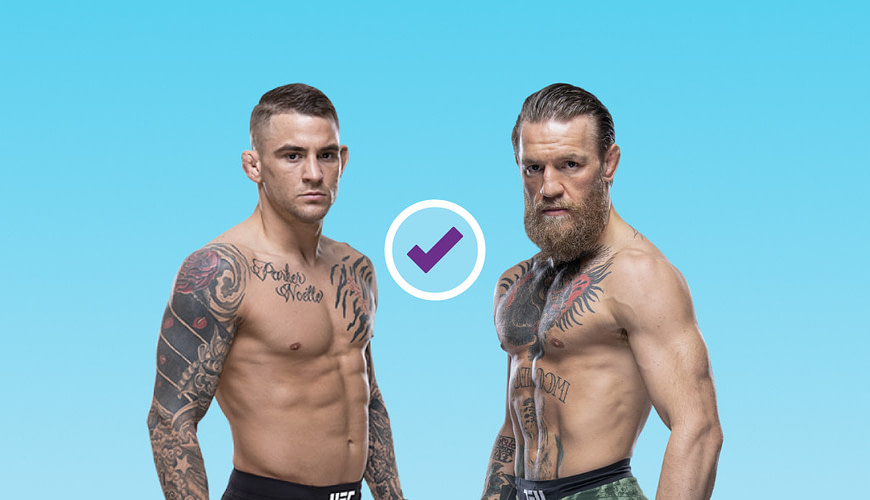 MMA fans are ready for UFC 264 to arrive, as there will be several massive matchups ready to take place. The list of course includes Tai Tuivasa taking on Greg Hardy in a highly-anticipated showdown of two standouts. In this piece, we have our futures picks for UFC 264 on July 10. This is an event no one is going to want to miss, as the best fighters will be ready to come away with strong wins.

Tai Tuivasa is the favorite going up against Greg Hardy

In the co-main event, Tai Tuivasa is the favorite going up against Greg Hardy in a heavyweight showdown. As excited as people are for Dustin Poirier vs. Conor McGregor, this matchup between Tuivasa and Hardy is also making plenty of headlines. Hardy, a former football player for the Dallas Cowboys, seems to always have controversy surrounding him.

He’s 7-3-0 in his career, while Tuivasa is 12-3-0. On paper, this really feels like it’s going to be one hell of a battle. Both of these guys have an incredible amount of power. Hardy is a freak of nature, there’s no denying that. At the same time, Tuivasa has the kind of strength that could send him to the ground with one punch. The expectation here is that this bout will end in a TKO.

Per the Las Vegas sportsbooks, Tuivasa holds -200 odds, while Hardy has been given +145 UFC odds. Due to his experience, there’s no surprise here that Tuivasa has been listed as the favorite. At the same time, Hardy’s athleticism is something that can’t be ignored. To go from playing in the NFL to making the jump to UFC is nothing short of impressive.

Having said that, our pick is for Tuivasa to dominate Hardy. He’s simply too good and too smart to let Hardy upset him here. We think that Tuivasa will be able to get the job done in either the first round or the second round. Look for a TKO to be on the way as well.

Will the McGregor vs. Poirier fight go the distance?

Leading up to things, folks want to know will the McGregor vs. Poirier fight go the distance? Imagine if it does. Pound for pound and round for round, these two will be fired up to impress everyone watching from the start of things. With that said, the chances of things going all the way may prove to be a bit more difficult than one might have guessed between the two.

In their two previous bouts, things didn’t even come close to going all the way. Remember, in 2014 when they first danced, McGregor wasted little time in knocking out Poirier. Then in their second fight, Poirier had to work a little extra hard to get the job done, but took McGregor down in the second round. Again, neither of those fights felt like they even had a shot of getting into the third round.

As we mentally get ready for them to face off for an impressive third time, we just don’t feel like it will make it to the third round either, with either a first-round or second-round victory coming. That’s our pick. The Vegas oddsmakers seem to agree, as the fight ending early holds -460 odds, while the odds for the fighting going all the way has been set at +320 across top UFC betting sites. The pick is easy for us, as we’re selecting for it NOT to go the distance.

McGregor vs. Poirierto not go the distance

Elsewhere on the docket for the big event, Stephen Thompson should beat Gilbert Burns at UFC 264. In this Welterweight showdown, Thompson indeed is listed as the favorite, as his recent run in the octagon has folks strongly believing in his abilities to come away with a win. At the same time, Burns is no slouch either, and he’ll look to pull off an upset.

Entering this matchup, Thompson is 16-4-1 for his UFC career, while Burns is 19-4-0. Thompson holds the age advantage at 38, while Burns is 34. Thompson also had a bit of a size advantage, as he checks in at 6-0, 170 pounds. Burns is a 5-8, 170-pounder. While he may be a bit smaller, he holds incredible power and will look to land some terrifying punches on Thompson.

Vegas believes that Thompson will come away with the victory in this case, as he’s been given -144 odds. Thompson will indeed be the underdog, with him getting ready to win at +120 odds. If you think Burns will be able to pull off the big-time upset, the +120 odds would give you a payout of $120 if you were to bet $100. That’s a bit of a risk, with a strong return.

With that said, we don’t think that Burns will be able to get the job done in this case at UFC 264. That’s because our pick is to go with Thompson. With his speed and punching abilities, plus his defense, we think that he’ll leave UFC 264 with a strong win over Burns. We wouldn’t be surprised either if this one were to end with a first-round TKO. Look for Thompson to put on a show.