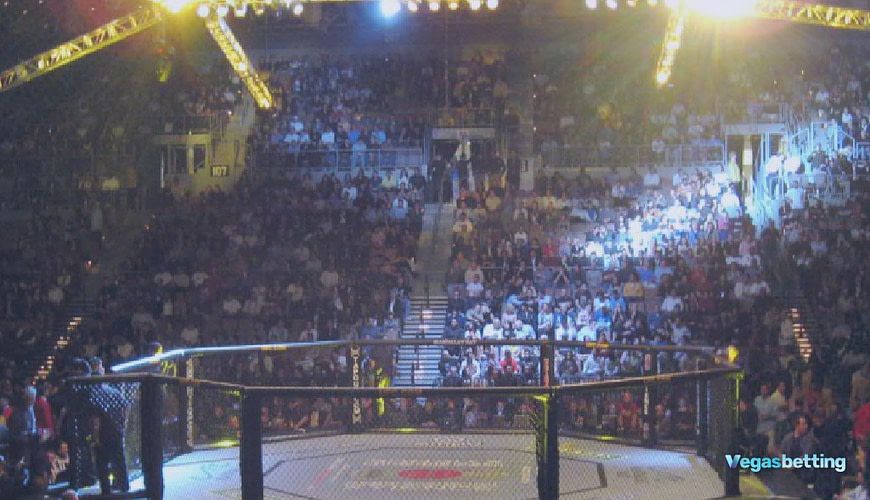 Come Nov. 6, MMA fans can’t wait for the bright lights to be turned on at Madison Square Garden in New York City for UFC 268. There are some outstanding matchups on the docket, but none are bigger than the welterweight showdown between Kamaru Usman and Colby Covington. In this piece, we have futures picks for UFC 268 at MSG. This is an event that folks truly are not going to want to miss.

Usman is a monster favorite to take down Covington

Leading up to things at Madison Square Garden, Usman is a monster favorite to take down Covington when they face off. This isn’t much of a surprise, as Usman has been sensational in his career inside of the octagon. Usman is an impressive 19-1-0 with the gloves on. Meanwhile, for Covington, he has also impressed with his 16-2-0 record. These two really are outstanding.

The last time we saw Usman battling it out was at UFC 261 in April. He was lined up against the one and only Jorge Masvidal. Usman was the favorite for that one and he made folks who bet on him quite happy with the way he was able to perform. Usman came out victorious, as expected, with the welterweight recording a fantastic knockout in the second round.

Usman was able to showcase his amazing power and Masvidal really had no chance. In the fight before that, Usman was able to beat Gilbert Burns via a third-round TKO. As for Covington, it’s been a while since he’s gone to battle, as he faced Tyron Woodley in September of 2020. This came during a UFC Fight Night and Covington beat the clock with a fifth-round TKO.

Covington will hope to record an upset win in November when he faces Usman. Per the Las Vegas sportsbooks, Usman indeed is the favorite with his -300 UFC odds. Covington has been set at +245, which really tells us that the oddsmakers have strong belief that Usman will be able to record a big-time win. We agree with them, as we’re going with Usman as our pick.

Rose Namajunas should take down Weili Zhang at UFC 268

In the co-main event at Madison Square Garden, Rose Namajunas should take down Weili Zhang at UFC 268 when they face off. Fans are also quite excited for this meeting, as the two standout fighters are pretty neck and neck on paper. This has what it takes to be a sensational fight. With things being so even keel, it has made things interesting in terms of their UFC odds.

With the fight around the corner, Namajunas is the slight favorite with her -120 odds. Zhang won’t care about being the underdog either, with her odds being set at +102. Unlike the Covington-Usman matchup, things are tight here when it comes to the odds. Namajunas is 11-4-0 in her fighting career, while Zhang has posted an impressive 21-2-0 mark. That surely turns heads. Namajunas knows this could be quite the matchup.

“You go in there with a game plan and you have a plan and stuff, but it’s a fight,” she said after Zhang made negative comments on her. “I don’t sit around planning each and every step of the way. So whatever I said in my interview is what I said because that’s how I truly felt at that moment in time. I was worried that I was gonna get booed because of all the terrible press and video that I got. So if she wants to think that, she can think that, but she doesn’t have to.”

With things heating up here, it really looks like these two aren’t big fans of one another. That is only going to make the fight even more interesting. When there’s bad blood between opponents, it adds to the intrigue for even before a fight gets underway. Both these fighters will have even more motivation to record a win. Unfortunately for Zhang, we think Namajunas will take care of business – she’s our pick.

In another fun meeting, Justin Gaethje should also come out on top going up against Michael Chandler in their lightweight battle. Gaethje has been rock solid over the years, as he’s now 22-3-0 in his career. Meanwhile for Chandler, he’s 22-6-0 inside of the octagon. With that in mind, though, Gaethje hasn’t been to war since 2020 when he took on Khabib Nurmagomedov.

Khabib was able to record a win via submission in the second round. As for Chandler, he participated in UFC 262 and suffered a loss to Charles Oliveira. Chandler has major respect for Gaethje, as he came out recently and said he’s got nothing but love for his future opponent.

“If I was a fan and if I wasn’t in the sport of mixed martial arts, he would be one of my favorite fighters,” he said in a recent interview. “You know he’s a guy that always comes. He’s a promoter’s dream and he’s exactly what you want fighting inside your organization. So he was a huge pick up a couple of years ago, won the interim title and has fought for the title. I think it’s gonna make for some fireworks on November 6.”

Entering things, Gaethje has been given -174 odds and Chandler has been placed at +145. We think this could be an interesting showdown, but we’re going to rock with Gaethje as our pick. Just because he’s been out of action for a while shouldn’t bring him down. Agree? Check out our UFC betting sites to get a wager in.