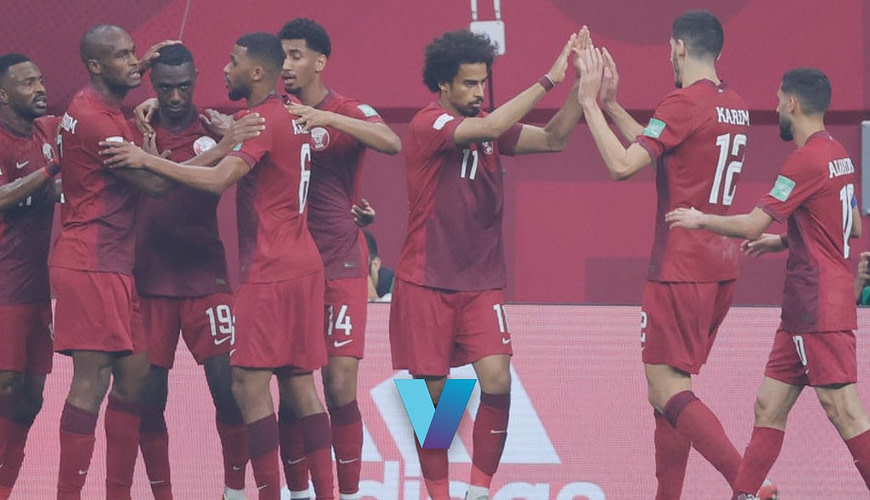 Once again, Bovada is just one of many Soccer World Cup betting sites as we approach the 2022 World Cup from Qatar. They were a staple for some clutch 2022 MLS Odds this season. So at VegasBetting, it made sense to use the site and see what kind of numbers they provide for the opening World Cup matches. In this article, we reveal our World Cup 2022 picks for match number one between host nation Qatar and Ecuador.

The competition for the 22nd World Cup begins on November 20th, as 32 teams battle for a shot at world soccer supremacy. Host nation Qatar opens up the proceedings in Group A against Ecuador. Now, the group is rounded out by Senegal and the Netherlands. Qatar could be a World Cup 2022 Picks darling for the first match at least versus Ecuador.

The host nation comes in with a FIFA World Ranking of 50th. That is not the lowest ranking of the 32 counties in the tournament. That distinction belongs to Ghana at 61st. Qatar gets to play Ecuador from the CONMEBOL. Ecuador ranks 44th among all soccer teams. Therefore, this is almost a match on equal footing. Neither team expects to be a threat to make it into the Round of 16, but one never knows.

So, despite the calls for human rights issues and challenges by other nations, Qatar’s first victory was being able to host the World Cup in the first place. Now, can Qatar’s starting 11 deliver a win? That has something every debut host nation has accomplished since 1934 and Italy.

Now, World Cup 2022 picks answers the biggest question. Can Qatar find a way to win on Sunday against Ecuador and surprise the world a little?

Goals Will Be At A Premium In The Opener

Some take for granted that goals can occur at any time. However, goals are going to be a premium in the opener. That is the essential thing here. When one looks at the lead-up to the tournament, Ecuador scored a grand total of one goal in their previous five matches.

Possession was interesting in the games as well. Despite this, Qatar scored eight times in their five tune-ups to the biggest stage. World Cup 2022 picks give a considerable amount to ponder. Qatar won five consecutive games while Ecuador had four draws and one win. Granted, these were “International Friendly Matches”, but Ecuador did not allow a single goal at all.

This setup looks excellent for a team like Qatar. Some pundits point out that Ecuador has the mettle to break through the resistance of Qatar. However, there is something about the host nation going up against a team that has not shown an ability to score. Can Ecuador turn up the intensity on the world’s biggest stage?

Qatar wants to win match number one when it comes to 2022 World Cup Picks. Watch the shadows and nuances of this tilt on Sunday, November 20th. The game starts at night (just after 7:00) in Al Khor. The expectation is that Qatar is more used to playing in this type of environment. Akram Afif and Abdelkarim Hassan are two of the better AFC players of the last decade. Ecuador could be in for a bit of a surprise early on.

QatarTo win over Ecuador on Sunday

2022 World Cup Picks for the opening match feature some more options to wager. Remember, soccer presents a host of overs, unders, and props for the betting public. For a lot of people in the United States, this is the first World Cup where betting is legal. This figures to be one of the highest wagered tournaments so naturally, options and horizons need to be expanded. Bettors wandering out of their comfort zone will be common early.

Not surprisingly, this is why there has been a plethora of sites, information, and more on this tournament. Soccer feels like it arrives once only four years but around the world, soccer (football) is “The Sport”. That combines with nationalistic pride to bring a fever pitch to this competition. With more choices to bet, there are some fun wagers that can be made.

With Qatar and Ecuador, if the defenses are as stout as expected, the under of 2.5 goals is a certainty and the 2.0 total likely is too. Consider the volume of “clean sheets” by the two teams. Once one of these teams score, the other is almost certain to go into a defensive shell.

For the World Cup 2022 picks, a value bet must be placed on the under at 2.0. There projects to be little offense between the two teams as scoring chances will be scarce as the game goes on.

Qatar and EcuadorTo combine for 0 or 1 goals

Hey, We Have One More!

Hey, we have one more for World Cup 2022 picks. That is technically two more options. However, who is counting? If a bettor feels strongly enough to place some money on the under being that low. There is an option for exactly zero goals or one goal combined.

Once more, the number for one goal sits at +270 which is even better than the +230 for a Qatar win. Even better, what if both teams combine for a “double clean sheet”. That pays out at a whopping +600.

The contention here is to take a swing at the 1-0 score paying at +270 on Sunday between these two teams.

Qatar and Ecuador Combining for exactly one goal

One last thing is there are more betting site bonuses to aid your “Christmas fund” this November. Good luck.