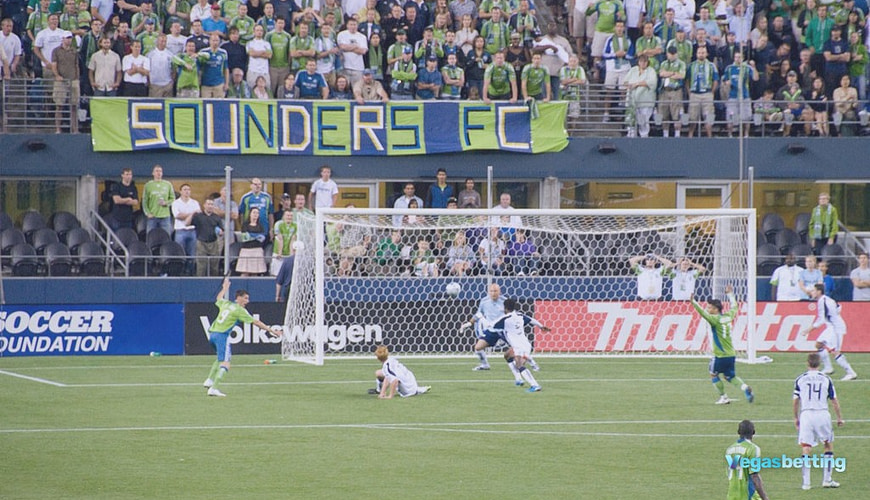 Sunday sees the final round of matches of the 2021 MLS season taking place.

Yes, can you believe we have finally reached the final weekend of the MLS 2021 season? And what a season of soccer it’s been, and what action we still have to come.

And it’s not just this Sunday we have action to look forwards to, but the post-season as well. But before we get to the playoffs, there is still plenty to be decided!

In what’s being billed as Decision Day, the final playoff spots are to be decided, with three places left in both the Eastern and Western Conferences.

In the Eastern, six teams still have a mathematical chance of getting through. While in the Western, it’s three from five.

Atlanta, Orlando, and New York Red Bulls are currently in the three Eastern playoff spots. They will be looking to hold off the advances of Montreal, D.C. United and Columbus.

While in the Western Conference, Minnesota, Vancouver, and LA Galaxy hold the aces.

Looking to dislodge any of those three are Real Salt Lake and LAFC.

Whatever happens, it promises to be an action-packed Sunday afternoon. Now it’s time to get ourselves some soccer betting picks!

One of the key fixtures of the weekend matches is Montreal versus Orlando, in what is effectively a knock-out match.

A win for the home side would see them leapfrog over the hosts to claim a place in the top 7.

Orlando would then be relying on results elsewhere to see if they could get into the playoffs via the seventh and final spot.

Wilfried Nancy’s Montreal side gave themselves a chance to make the post-season with a 2-0 win over struggling Houston Dynamo on Wednesday.

Although in fairness, if the Impact couldn’t beat Houston, they wouldn’t have deserved to get this last gasp chance. The Dynamo are bottom of the Western with just 30 points from their 34 matches.

In the match betting, BetOnline makes Impact their +105 favorites on the Money Line.

Orlando has the edge on the spread, with the +0.5 start covering their required result.

In truth, I’m finding it hard to call a winner in this match.

It has the feel of being one of those tight matches with plenty on the line, and neither side wanting to take too many risks.

Yes, at some stage Montreal will have to look for the win, but with all three results possible, I’m going to go for under 2.5 for my first betting pick.

A team I’ve been following closely for a few weeks now is Real Salt Lake.

The reason? Mainly their outside chance of making the playoffs, and more importantly, their rubbish defense.

Yes, Real Salt Lake just can’t keep a clean sheet. In their last 8 matches, Real has conceded. They have also conceded goals in 14 of their last 15 matches.

What chance do they keep Sporting KC out? Very little I would suggest.

Even though Kansas has managed to lose to both Minnesota and Austin lately, I still see them beating Real Salt Lake.

But as Real Salt Lake badly needs the win, I’m prepared to go with over 2.5 goals as my next pick.

The final match I want to look at is between two sides currently occupying the playoff spots in the Western Conference.

Although the Galaxy have home-field advantage, they are a side very much at risk of missing out.

Minnesota also is in danger of not making it through should they lose, but unlike the Galaxy, they are certain of qualification with just 1 point.

As for the Galaxy, defeat would see them eliminated should both Salt Lake and LAFC win… how unthinkable is that!

I feel this match is a 50/50 call between the Galaxy winning or not – as the MLS odds suggest.

The draw would leave the Galaxy vulnerable, but I fear the pressure could get to them here and I’m happy to side with Minnesota United (+0.5) on the spread for my final pick.