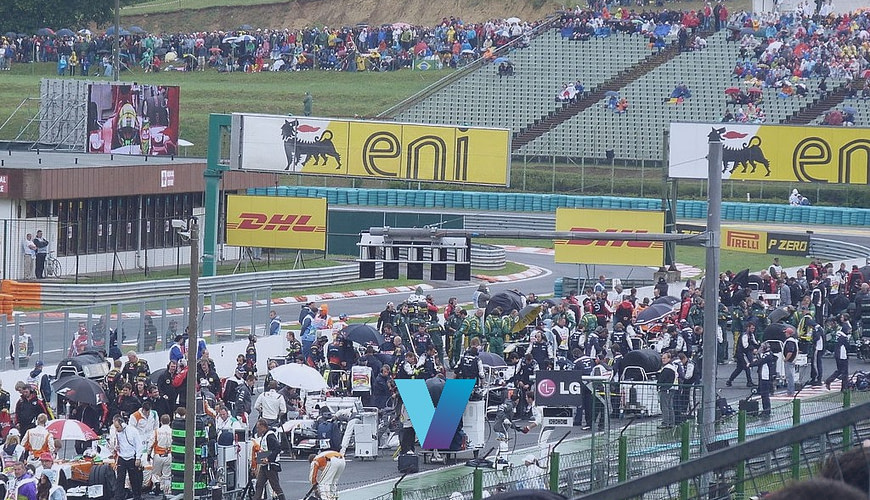 With Max Verstappen back in charge of the drivers’ championship after last weekend’s win in France, we look ahead to the next race and bring you our Hungarian Grand Prix betting picks.

This weekend the drivers are in Hungary for Round 13 of the 2022 driver’s world championship. The race is at the Hungaroring, a 2.7-mile-long course first used in 1986.

Esteban Ocon was the winning driver here last year. His victory in the Alpine-Renault was one of only two races that weren’t won by either Mercedes or Red Bull in the 2021 season.

This is the fourth race of the busy European summer schedule that sees four races taking place in five weeks across July. There’s a small break after this weekend with no races until the Belgian Grand Prix on August 28th, a race that kicks off another hectic session of three races in three weeks.

What Happened Last Week at the French Grand Prix?

Max Verstappen re-established his superiority in the race to be the 2022 World Champion with his 7th win of the season at Circuit Paul Ricard last Sunday. And better still for the 2022 driver’s championship leader, his main rival Charles Leclerc crashed out allowing the Dutchman to extend his championship lead to 63 points over his closest rival.

Leclerc’s failure to make it to the finish line was a huge blow to both himself and his Ferrari team. It also will have given Verstappen and Red Bull a huge boost in confidence after a couple of races where things didn’t go their way.

Elsewhere in the French Grand Prix, and for the first time this season, there were two Mercedes drivers on the podium. Lewis Hamilton finished second, with George Russell in third place.

The gap between Verstappen and Hamilton was just over 10.5 seconds, but this was more down to the safety car allowing the gap to close than the performance of the Mercedes car.

Pre-race, Mercedes had claimed their car would perform better in France, but that proved to be a false claim as it was as well off the pace as it has been all season. So it appears to be a case of back to the drawing board for Toto Wolff and his team.

If Mercedes could make their car more competitive, it could throw a spanner in the works of the drivers championship, as Hamilton and Russell would give Ferreri and Red Bull something more to think about. Although it has to be said that both the Mercedes drivers are too far behind to have any impact on the world championship.

Who is the Favorite to win the 2022 Hungarian Grand Prix?

After the poor showing from the Mercedes team and the mistake by Charles Leclerc, it will come as no surprise to read that Max Verstappen is the Formula 1 betting favorite to win the 2022 Hungarian Grand Prix.

The Dutchman is +120 with the best online betting sites to win on Sunday and further extend his lead in the 2022 driver’s world championship.

Second, in the betting is Charles Leclerc at +150. The best Vegas sportsbooks seem to be cutting the Frenchman some slack after last Sunday’s costly error that saw him crash out.

The third favorite is Carlos Sainz at +750. Sainz came home in fifth place at Paul Ricard last Sunday. But with his Ferreri expected to outperform the Mercedes in Hungary this weekend, he’s comfortably ahead of Lewis Hamilton (+1200) and George Russell (+2500) in the betting. Verstappen’s Red Bull teammate, Sergio Perez, is priced at +1400.

Who Will Win The Hungarian Grand Prix?

Assuming all goes to plan, it should be a straight shoot-out between Max Verstappen and Charles Leclerc. Between them, the two have won 10 of the 12 races this season, and the other two were won by their respective Red Bull and Ferreri teammates.

Ferreri is expected to perform well at the Hungaroring circuit, but how can anybody have any faith in Charles Leclerc after last weekend’s performance? The hapless way he arguably blew the race – and quite probably the world championship – means in a 50/50 call, I have to go for Max Verstappen as my betting pick.

Such is the predictable nature of Formula 1, choosing an outsider to win is folly. But for a side bet this weekend I’m also going for Lewis Hamilton to finish on the podium. The British driver is fourth in the betting but has now finished in the top 3 in his previous four races. So at odds of +120, I’m going with Lewis Hamilton to finish in the top 3 as my second betting pick.