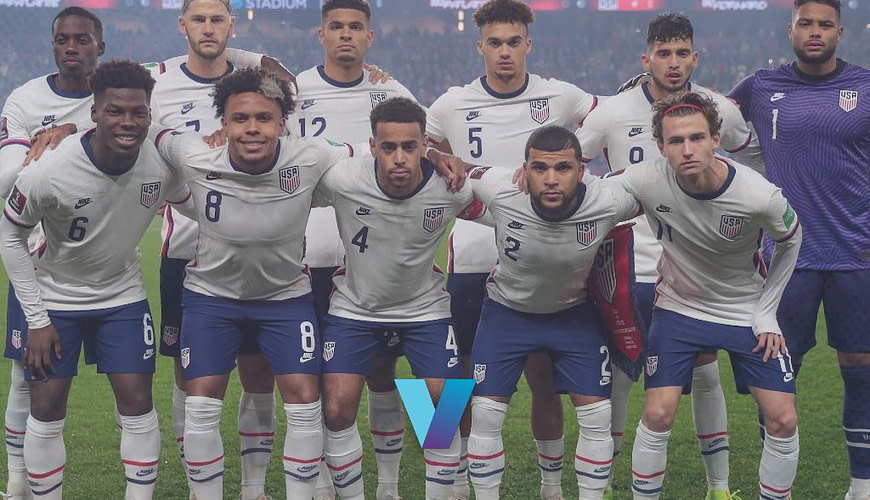 Once again, Bovada is just one of many Soccer World Cup betting sites as we approach the 2022 World Cup from Qatar. They were a staple for some clutch 2022 MLS Odds this season. So at VegasBetting, it made sense to use the site and see what kind of numbers they provide for the opening World Cup matches. This article reveals our World Cup 2022 picks for match number one between the USA and Wales.

The competition for the 22nd World Cup begins on November 20th, as 32 teams battle for world soccer supremacy. Group B features Iran, Wales, the USA, and England. Now, the group feels like a formality for England. However, the two bubble teams are the USA and Wales. The USA could be a World Cup 2022 Picks possibility for the first match versus Wales.

The Americans come in with a FIFA World Ranking of 16th. That is second in Group B compared to England’s fifth. With the USA, the concern is who they are facing. Keep in mind Wales ranks 19th and Iran at 20th. This United States squad is facing opposition on very much equal footing. Some would go further and say the Americans are the least experienced nation in Group B. Guess what? They are not wrong.

So, the 26-man roster reveals a few things. First, the Americans’ average age is just 25.2 Only Ghana, at 24.7, has a younger roster. Second, Team USA did not qualify for the World Cup in 2018. Wales and Iran have gradually built experience in this tournament. Many of the Stars and Stripes players have never played on a pitch with this kind of stakes.

Now, World Cup 2022 picks answer the biggest question. Can Qatar find a way to win on Sunday against Ecuador and surprise the world a little?

Some assume USA and Wales are the bubble matchup. However, Iran and its experience could be a real wildcard in Group B. That is a major sticking point. When one looks at the overall numbers before the tournament, the Americans are honestly the team most capable of finishing anywhere from second to fourth in the group. No one knows how their youth will respond or if Team USA can stay healthy.

World Cup 2022 picks give a considerable amount to ponder. The Americans are deeper than they have been since maybe 1994. However, there are some glaring concerns and a lack of clear identity. A lack of health has made playing together as a 26-man unit impossible for this team. Despite that, the Americans have some lofty expectations.

This setup looks excellent for a team like the USA. Some pundits argue that their coach does not belong near a stage like this. However, nothing else has worked, so why not? The floor for the Americans spans from early elimination to a quarterfinal shot. Four points and a good goal differential likely advances them out of Group B. That will not be easy, however.

The Americans want to desperately win match number one when it comes to 2022 World Cup Picks. Watch this tilt on Monday, November 21st, via FOX or Telemundo en Espanol. The game starts at night (just after 10:00) in Al Rayyan. The expectation is that the depth of Team USA is greater than what Wales can handle. Even with Gareth Bale healthy, the Americans are almost plus-value to get out of Group B.

USATo advance out of Group B

2022 World Cup Picks for the USA vs Wales match features more ways to bet. Soccer possesses plenty of methods to wager money on all sorts of props, outcomes, etc. Will Christian Pulisic score the most goals in Group B? One can bet on that. Is there a way to bet on the exact group order? Yes, there is. First, let us get to the actual game on Monday.

Not surprisingly, that 51% is predicated on at least a draw or win versus Wales on Monday. Wales has the experience, and the Americans have the deeper roster. Can Team USA pot their chances? It has been something that has nagged them throughout the international friendly phase this summer. Wales’ calling card is how scrappy they play. Will the US be ready for things to get a little ugly?

With the Americans, the key is midfielder Yunus Musah. He is one of the few players with the talent to play offense and defense. His speed through the middle is world-class level. If Musah is hurt in any way, the Americans are sunk. That is correct. Pulisic or any of their “strikers” are far less of value here. Musah shows the ability to finish as well when needed. He is that dynamo player necessary for Team USA to move on.

For the World Cup 2022 picks, a value bet must be placed on the Americans drawing at +200. A 1-1 type of game sticks out as realistic.

There is Room For One More!

There is room for one more in the World Cup 2022 picks. This could be a lot of fun when figuring out pace and execution.

Once more, keeping a draw in mind, there is a possibility one goal will be scored in each half on Monday. With that said, there is a nice number paying out at +205.

USA and WalesScoring one goal in each half