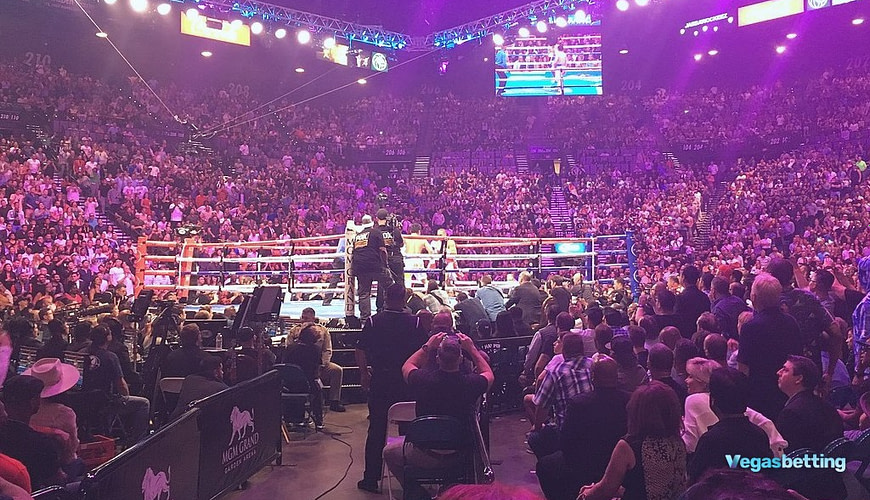 Terence Crawford will be looking for another high-profile victory when he defends his WBO welterweight title against Shawn Porter later this month.

The two men meet in Las Vegas at the Michelob Ultra Arena (formally and best known as Mandalay Bay Resort), and it’s Crawford’s WBO belt that is on the line.

It’s taken a long time to get here with wranglings about the purse split and the usual claims and counterclaims.

In the end, the WBO ordered the bout and set a deadline for the two fighters to agree on terms. Which remarkably, they did!

The split for the fight is rumored to be 60/40 in favor of Crawford, showing that the champion is prepared to remove obstacles in an attempt to make the fight happen.

Crawford is regarded as one of the top 3 pound-for-pound fighters in world boxing. But he has frequently complained that he attracts criticism for not having fought big-name fighters in their prime.

He has just seen Saul Alvarez unify the super-middleweight division and take all the plaudits for being regarded as the best pound-for-pound fighter in male boxing.

The 34-year-old from Nebraska disputes that Alvarez is the pound-for-pound champ, and now seems prepared to take on higher-profile fights as he attempts to dethrone the Mexican super-middleweight.

Shawn Porter is the exact level of opponent Crawford needs to convince the boxing world that he deserves equal recognition to Alvarez.

That Crawford compromised on his share of the purse shows he is keen to take the fight on.

But what are the risks involved? Well, not many, according to the best vegas bookmakers!

BetUS don’t see any problems for Crawford, and they make him their -1000 betting favorite to win the fight (check out our BetUS vegas sportsbook review for more betting bonuses).

In Props markets, you can get -160 on the fight going the distance and +120 on the fight finishing before the closing bell at the end of the 12th.

The sportsbooks are clearly favoring the fight going the distance and Crawford winning on points.

As you can see, you have very good Vegas boxing odds on Porter to win in either of those betting markets.

Now, let’s have a look at the two fighters.

The 34-year-old Southpaw is undefeated in his career and the current holder of the WBO Welterweight world title belt.

He is in the prime of his career and has beaten anybody put in front of him to date.

In the case of Amir Khan and Kell Brook, both men were at the latter stages of their careers, and there would definitely have been better times to fight them from a legacy perspective.

And this is where the problem lies for Crawford. His fights have either been against past their prime fighters, or opponents not classed as world-class.

Nevertheless, he has beaten all five of those opponents inside the distance. And apart from early in the Kavaliauskas bout, he never looked in any trouble in all the fights.

Two-time former Welterweight champion Shawn Porter is regarded as one of the best welterweight boxers in the world.

He may have three defeats to his name, but when you look at Porter’s list of opponents, it’s easy to see why.

He’s ducked no one, and in his last five fights, he has taken on Sebastian Formella, Errol Spence Jr, Yordenis Ugas, Danny Garcia, and Adrian Granados.

All five of those fights went the distance with Porter winning four of them. Only Errol Spence Jr managed to stop the man from Cleveland.

The top boxing betting sites don’t give Porter much chance, and neither do I. For me, I can only see one winner here, and that’s Terence Crawford.

Even though Terence Crawford has had more fights than Shawn Porter, it always feels to me like Porter has had the harder career.

Crawford has only been the distance on 9 occasions, while Porter has had to go all the way on 18 occasions.

That might suggest Porter is the pick if the fight goes deep, but I don’t see it that way.

I can see Crawford winning, and I’m going to oppose the sportsbooks and take Crawford to win inside the distance.