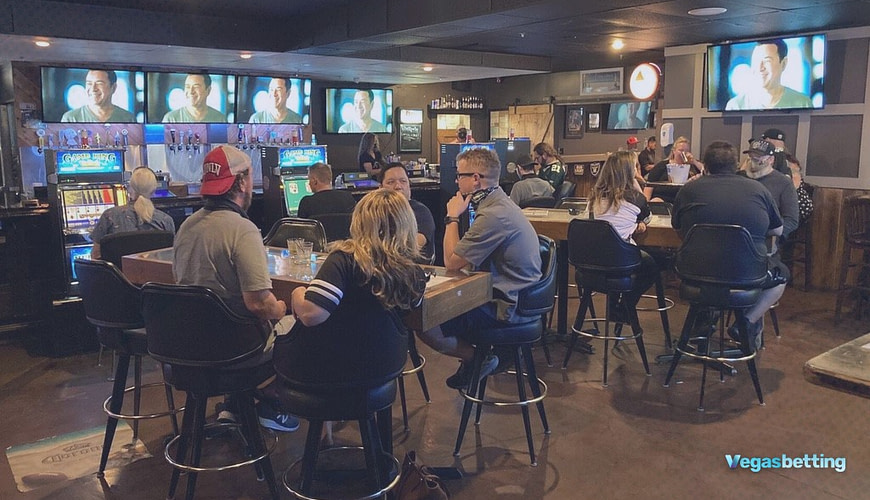 The change in Las Vegas is starting to take shape. With the first Monday night home game in some time, Las Vegas Raiders’ fans made an impact at Allegiant Field. However, they made an even bigger impact outside the stadium. As always, at Vegas Betting, we have the latest local news on what will be another boon thanks to Las Vegas Raiders’ fans.

It should not be a surprise that the brand had such an impact and yet in some ways it was.

Some thought this idea of the Las Vegas Raiders was not such a good idea. There were cost concerns and obvious pandemic concerns as well.

The best way to look at what has been going on is the feeling of inevitability. Even when they were in Oakland, Raiders’ fans made a huge impact in the business aspect of things. When it comes to Las Vegas, business involves just a little bit more.

“From when we opened up, we saw lots of people coming in for the game, wearing their jerseys and then coming back after the game. So it has been a great impact for us,” said Andrew Northam — regional manager of Hennessey’s.

The idea of having tangible impacts like this was not unexpected. It was more the concept of seeing this much impact this soon that seems to resonate with businesses and of course their bottom line.

How much did it boost some businesses? The aforementioned Hennessey’s above saw their normal Monday night business just about double. They jumped from around $4,000 to $5,000 in sales up to nearly $10,000. The idea of being an NFL city creates a business and a buzz. Again, Raiders Nation just adds to those numbers. They are a presence.

This is just part of why the Las Vegas Raiders’ fans are a unique sort. More importantly, they are quite an asset for any community. In Vegas, that impacts so many facets of businesses.

With Las Vegas Raiders’ fans having this much of an impact just for one Monday night game, imagine what a possible playoff run could mean.

Las Vegas Raiders’ Fans in Force on the Strip

From looking at this in several ways, a football team in Las Vegas made too much sense. The fact that it is the Las Vegas Raiders is even more significant. These are those who are keen on betting, like Bovada, who have embraced this thoroughly. Think of this as the Raiders’ fans will go out and bet and then spend even more money. These fans now get even more of an experience while the businesses and hotels reap the rewards.

Tourists and fans want to be wowed. Allegiant Field does that but the electricity of Las Vegas does that even more. Businesses and the Strip are starting to gain life again. The pandemic may not have completely loosened its grip but more days and nights like that first Monday night game will help.

Again, the focus is simple here. More tourists err fans mean more money coming in. These fans will spend in bars, at hotels, at slots, at sports betting venues, etc.

With another huge weekend just passing by, it will be intriguing to see what kind of impact that has. There were at least a half dozen events in the Vegas area alone. It was one of the first signs in over 18 months that the city and the Strip were feeling like their old self.

Sports betting is a significant part of the focus here. It goes on all while the Strip experiences a rebirth of sorts.

Small Negatives For Some Businesses, More Positive For Most

Again, people understand the merging of entertainment and the sports world in Las Vegas. There unfortunately was going to be a small, negative impact on a few businesses for the greater good.

One such business was Therapy, right down the street. They saw a dip on the first Monday night and a drop of about 25-30% in sales. Even during the game, there was not much of an uptick. It was bound to happen as Therapy bounced back post-game and the rest of that week.

The one big thing was that so many other places did well. There were some reasons for that. For one, it was the first game of the season. Another was again the gaming and sports betting aspect. Having multiple avenues of entertainment generate interest especially when it came to the Las Vegas Raiders’ fans.

On the bright side, again most businesses did exceedingly well and with the Las Vegas Golden Knights starting in October, there will only be more opportunities for Las Vegas to open back up closer to what they were pre-pandemic.

Now, the purpose of boosting up “the Strip” is this. It shows hope a betting upswing is trending in Vegas. After all, this is the busiest and most profitable time of the year. In time, that could become even more lucrative.

It’s a great question. It is likely that Las Vegas Raiders’ fans keep coming back and pump more money into the Las Vegas economy.

Businesses will learn to take advantage of this increase in the market. They also know that this would be a learning curve as they adapt to the nuances of more and more sports fans/tourists returning. This creates a ripple effect that helps spur business, sports, and the economy.

Get ready ladies and gentlemen. This is just the beginning as Las Vegas Raiders’ fans help spearhead a business uptick going into 2022.