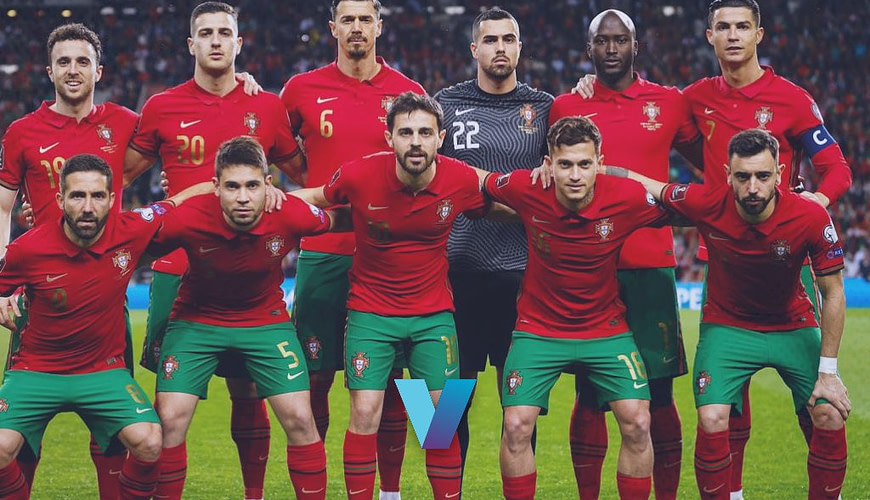 Bovada is one of our best resources regarding Soccer World Cup betting sites. Now, the 2022 World Cup from Qatar continues on Monday. Bovada helped us score some nice results with the EPL Numbers during the early portion of the season. So at VegasBetting, we dig deeper and see what numbers they provide as this article reveals our World Cup 2022 picks for match number two between Portugal and Uruguay.

Portugal Got Wild In The World Cup 2022 Picks

The World Cup delivered one of the wildest second halves in Portugal’s opening Group H match. Ghana was a very game in the World Cup 2022 Picks on Thursday, and they nearly pulled off the upset. Portugal and Ghana delivered a very tame first half. However, the second half proved to be anything but calm. Pure chaos resulted, and it all began with Ronaldo.

Portugal came in with a FIFA World Ranking of 9th. Now, Ghana was down at 61st and expected not to resist too much. However, the qualifier from Africa showed their mettle in one of the most chaotic final 45 minutes anyone has seen in a group stage. It began with Ronaldo and ended with Portugal holding on in stoppage for a 3-2 win to get the three points needed.

Now, what happened here? Did Ronaldo draw a penalty? That depends on who you talk to. It is safe to say Ghana went toe-to-toe with Portugal and easily could have stolen at least a point. Either way, Ronaldo, at 37, showed some flashes of the player we all remember. Was his speed completely there? No. However, as the pace picked up, he and his teammates did not wilt.

Uruguay Did Little As Draw Felt Like A Given

Uruguay did little as a draw felt like a given against South Korea. Unfortunately, the excitement from the Portugal match was mostly absent in the Uruguay-South Korea game. The scoreless draw featured 17 attempted shots, but a mere shot made it on target. Uruguay tried ten shots in all to South Korea’s seven. Yet, the two teams were mostly testing each other out.

World Cup 2022 picks hinted that it might be close. Several scoreless draws have been bad for the wagering business. Fans do not enjoy it, and neither do bettors. After a series of close calls, the second half drew everyone closer and closer to the inevitable double sheet. This hurt Uruguay’s chances as they are not favored against Portugal on Monday.

This second match sets up with a value bet or two for Uruguay. Some pundits believe the South American country has a fighting chance against Portugal. However, they have to play much better as a team. Too many times, on offense and defense, Uruguay was out of position as both the offense and defense felt unsure of themselves in the attacking and defending thirds.

Uruguay needs at least a draw in the worst possible way for the 2022 World Cup Picks. Watch this match live Monday, November 28th, via FS1 or Telemundo en Espanol. The game starts at 10:00 night in Lusail. The expectation is that Uruguay does not have the speed that Ghana possesses. Uruguay remains with just a 23% chance of victory. Despite that, a small wager may be worth a look.

World Cup 2022 Picks for Portugal vs Uruguay serve up some best bets. Uruguay may try to pack the game in at times defensively and try to counter. Unfortunately, with a winning result not guaranteed against Ghana, Uruguay may need to press a bit against Portugal. Sitting back err safely becomes death. Just ask Argentina and Germany what happens when you try to “park the bus.”

Portugal comprehends it cannot take anything for granted. Uruguay can deliver a winning performance even with 35-year-old Luis Suarez leading the way. For his checkered past, Suarez is one of the best teammates anyone can ask for. His countrymen believe in Suarez and vice versa. The depth Uruguay lacks is what Portugal possesses.

Again, the numbers appear better for Portugal. Portugal stands a 49% chance for a win, while 28% has gone to the draw side. With expected moneyline movement, the spread plus several choices could be worthwhile wagers on Monday afternoon.

For the World Cup 2022 picks, a value bet must be placed on Portugal winning by one goal or more at EVEN. Also, Portugal won, and both teams scored at an enticing +350. Given what we saw early from these teams on Thursday, the Portuguese may break out again on Monday.

PortugalTo beat Uruguay by one or more goals

So, how about more World Cup 2022 picks, anyone? BetOnline online sportsbook is not certain that Uruguay will bounce back after a listless opening match. However, they expect a higher-tempo effort.

Simply, Portugal and Uruguay may up the tempo and expected goals on Sunday. Honestly, Uruguay needs a win more than anyone thinks here. Portugal needs to do little other than draw twice, probably. Three points likely clinch a Round of 16 spots.

A New Week For Bettors