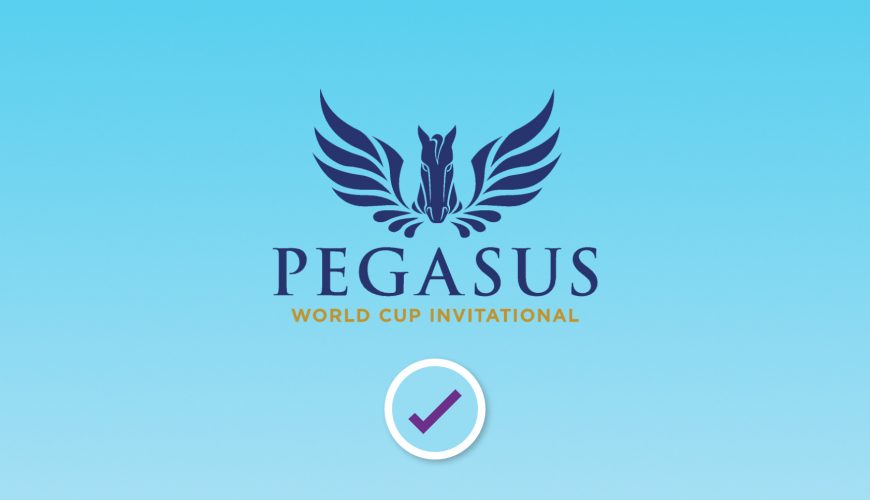 One of the most beloved horse races on the annual calendar is the $3 million Pegasus World Cup, and this is your source for Pegasus World Cup Picks 2021. The 1 1/8-mile race for Thoroughbred horses aged four-year-olds and up, $3 million. It takes place January 23 at Gulfstream Park in Hallandale Beach, Florida. The 2021 Pegasus World Cup post time is around 5:40pm Eastern.

The 2021 Pegasus World Cup field, with post positions and official jockeys, will be announced on January 20. This is also when the Pegasus World Cup morning line odds will be revealed. Until then, the field of 12 prospective runners is:

As an alternate is Idol, in case one of the other horses does not make it into the field.

Knowing about the 2021 Pegasus World Cup contenders will make your betting game so much stronger. It is easier to pick which horse you think will win if you actually know their history, pedigrees, and the likelihood that they will like the Gulfstream Park track surface.

Knicks Go is the horse everyone is talking about, since he won the Breeders’ Cup Dirt Mile (G1) in November at Keeneland. The last horse to complete the Dirt Mile – Pegasus double was City of Light in 2019; that trainer, Michael McCarthy, is trying to do the double again but with Independence Hall. Superstar trainer Brad Cox is the conditioner of Knicks Go, who has the speed. But watch to the Pegasus World Cup post positions, as an outside post will be a knock against him. He has never run this far, or past 1 1/16 miles.

The other two best horses in the Pegasus World Cup are Tax and Code of Honor. Tax smashed the local prep race for the Pegasus, the Harlan’s Holiday (G3), in fine fashion, and was once considered a leading horse in his crop. Code of Honor was a two-time Grade 1 winner at three after winning a Grade 2 Kentucky Derby prep over this course in 2019. He had a shortened 2020 campaign, but looks very well for his 2021 debut.

A Grade 1 winner with a shot in the Pegasus is True Timber. Eighth in this race last year, True Timber won the Grade 1 Cigar Mile in early December. Jack Sisterson, an up and coming young star of a trainer, campaigns the horse for the famed Calumet Farm. True Timber has not yet hit the board at Gulfstream Park.

Sleepy Eyes Todd has won three of his last four starts, including a major race at Keeneland on the Breeders’ Cup undercard. He is unbeaten on the Gulfstream track with a major win in the Mr Prospector (G3) here, and won a rich Grade 2 at this distance in the Charles Town Classic in West Virginia.

Math Wizard was a Grade 1 winner in 2019 when he won the Pennsylvania Derby over the likes of War of Will and Improbable. Math Wizard was fifth in the Breeders’ Cup Classic that year but hasn’t won since. Most recently he ran fourth behind Tax in the Harlan’s Holiday.

Mr Freeze was fifth in the Grade 1 Clark Handicap in November, but is a winner over the track and took the Grade 2 Fayette at prestigious Keeneland in October. His claim to fame is running second in this race last year, and Mr Freeze calls this track home.

How to Bet the Pegasus World Cup Online

Vegas Betting is your source for everything involved with sports betting. But how does a bettor actually bet on the Pegasus World Cup online? Check out our comprehensive guide to online sportsbooks, all reviewed and rated by us, for you, the horseplayer! These racebooks will make the most of your money, giving you the best odds, value, and sign up bonuses. Make sure you have your account ready to go before it’s time to wager on the Pegasus World Cup!

The field for the 2021 Pegasus World Cup Turf Invitational, a $1 million Grade 1 race around 1 3/16 miles, is below. Trainers Todd Pletcher, Mike Maker, and Shug McGaughey each have more than one runner in the race.