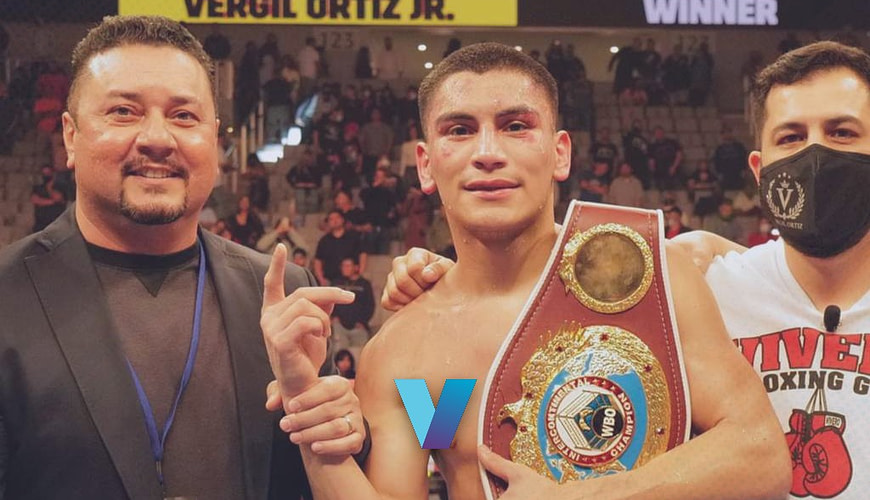 As August gets underway, fans cannot wait to see two welterweights fight it out. In this article, we have our Welterweight Boxing Bets for Saturday night between Vergil Ortiz Jr. and Michael McKinson. This will be live-streamed on the DAZN network at 11:00 pm ET (approximately) from the Dickies Arena in Fort Worth, Texas. Who will win this battle of undefeated fighters in the welterweight division?

The betting table presented below is from some top Vegas online boxing betting sites.

So About That Jake Paul and Hasim Rahman Jr. Fight…

This has to be casually mentioned because originally, that was the fact most were likely expecting here. Again the VegasBetting article here was supposed to be about that Jake Paul and Hasim Rahman Jr. fight. Paul nixed the fight over the weekend, claiming a weight problem. Rahman Jr. acknowledged he asked for a weight allowance but believed Paul either got cold feet or lost interest.

Whatever the actual reason was mattered little. Let’s get it on by taking a look at the welterweight division first.

What is the Latest with the Welterweight Division?

Boxing fans keep asking what is with the Welterweight Division. It is a division set for fighters between the weights of 140 and 147 pounds. The welterweight limit can be a bit adventurous in making weight. Usually, most fighters move up ultimately to the Middleweight division at some point. That is especially true of younger fighters.

The key word is how COVID has made the division interesting. Vergil Ortiz Jr. and even Michael McKinson possess as much talent as either of the champions, but neither are major contenders yet. Ortiz Jr. is ranked #5 by The Ring magazine. McKinson is outside the top ten. Errol Spence Jr. is the WBC, IBF, and WBA Champion. Terrance Crawford is the WBO Champion. Ironically, either has not met.

Spence Jr. and Crawford are expected to unify the belts possibly in 2023. Spence Jr. won by TKO in his first fight in more than 16 months. Meanwhile, Terrance Crawford (WBO Champ) is also undefeated, and just TKO’d Shawn Porter last November. There is a bout supposedly in the works for this welterweight division clash. However, the 34-year-old will have to wait for his shot against Spence Jr.

Again, there is time for a Vergil Ortiz Jr. to get tested a little more.

The welterweight division is still a division that features some craziness despite the mostly unified belts. While no one truly knows what may happen in 2023, the winner of this Vergil Ortiz Jr.- Michael McKinson fight lifts themselves in the division. Basically, this match gets us to hopefully an even bigger fight for fans to see. Ortiz Jr. keeps seeing his numbers shorten as the welterweight boxing bets favorite.

Now, do understand that this welterweight fight is just the beginning. Ortiz Jr. was tested in his last fight but came up “aces” in a big spot. The expectation is that the 24-year-old is more than capable.

Vergil Ortiz Jr.’s biggest issue may be over exuberance. Does he get caught looking ahead to a title shot? That answer remains no based on his focus. He is 18-0 with 18 knockouts for a reason. Ortiz Jr. is an emerging fighter and knows that his power keeps increasing.

Here is the part where the Boxing Odds debates begin. Naturally, no one quite knows what is next. Do expect some fireworks in this fight on Saturday night.

Is Vergil Ortiz Jr. Primed To Take Care Of Business?

It is obvious why Vergil Ortiz Jr. remains a big favorite. Bettors do not seem to be optimistic on McKinson as a title hopeful but more of a fighter just in the way. Is Ortiz Jr. ready to just take care of business? That is no rhetorical question. Simply, the American boxer knows little fear. In his six years, the fighter has risen up the ranks slowly even where his punching is championship-level calibre already.

Therefore, Ortiz Jr. is raring to go on Saturday night. His 100% knockout rate may not be tested in this fight, but Michael McKinson is a crafty British fighter who can cause him a few problems from a frustration standpoint. The calmer Ortiz Jr. stays early and picks his spots, the better his chances are.

The fighter wants to get this bout going already. After TKO’ing Egidijus Kavaliauskas, Ortiz Jr is primed to knock out McKinson. This is why he is our welterweight boxing bets choice for this fight.

With this fight happening on Saturday, the welterweight top boxing odds are out, and they do not look kindly on Michael McKinson. Michael McKinson comes in around +600 to +800 currently.

Ortiz Jr. is 24, while McKinson is 28. McKinson comes in with a record of 22-0 with two knockouts. He won unanimously over Alex Martin in his last fight just a bit over four months ago.

The problem for McKinson is Ortiz Jr.’s power. As this welterweight fight looms, all the talk and the bravado go away once he gets hit. McKinson can make for awkward moments but he is not going to hurt Ortiz Jr.

For welterweight boxing bets, our choice is to choose the younger Vergil Ortiz Jr.

The welterweight boxing bets say choose Ortiz Jr. to win the bout on August 6th and a KO in eight rounds or less.

See prime online betting sites, like Bovada, where you can wager on this fight and more: