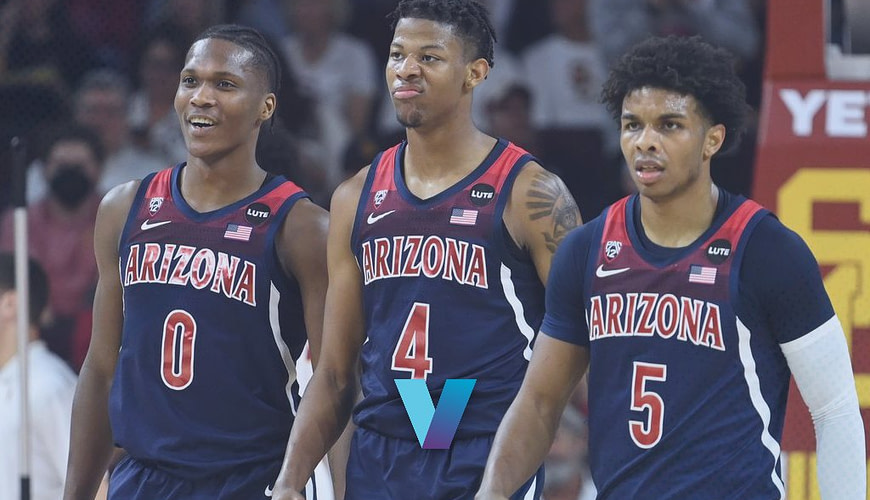 NCAA Basketball Monday Night Bets reside in the tournament phase. We remain grateful this Thanksgiving week for BetOnline online sportsbook with the early numbers. Now, the Maui Classic for the men continues into tonight. Yes, teams can get a chance to face multiple top-25 teams potentially. So, what will happen tonight? VegasBetting asks. Is it an Arizona and San Diego State kind of night?

What Can Arizona Do In This Tournament?

NCAA Basketball Monday Night Bets asks the following question. Can Arizona be one of those teams that wins the Maui Classic? Anything is possible. Arizona draws a somewhat easier opponent in Cincinnati on Monday night. However, the late start and Hawaii may have some unintended effects. This is the first time quite a few of these teams face a higher caliber level of opponent. Sometimes the level of play rises, and sometimes, it doesn’t.

Honestly, the expectations are quite high. Arizona took full advantage of playing a softer schedule. There is little wrong with that, as plenty of universities do the same. Their offense is ranked number one in the nation at 105.3 points per contest. While that will not last, the Wildcats play at quite a tempo. Arizona is not the “old school” Loyola Marymount, but this team likes to get up and down the basketball court.

The speculating about a deeper run to the Final Four is not a surprise. There is little doubt that Arizona possesses the talent to win 30 games again (33-4 last season). Coach Tommy Lloyd enjoyed one of the highest-scoring teams in the nation last year at 84 points per game. There is little reason to suggest that the Wildcats lost their offensive mojo. If anything, Arizona supplemented and upgraded their roster.

Therefore, NCAA Basketball Monday Night Bets focuses on these picks from the perspective of leis and basketball hoops. How do we bet on the Wildcats? Honestly, that moneyline may be too far off. The fun approach and way to utilize the spread are best. At eight or fewer, that is reasonable for bettors. Also, Arizona can push this game to double digits. Bet Arizona laying those points!

What about the Arizona over in the NCAA Basketball Monday Night Bets? Early in the season, teams often can wilt under the pressure of a high-tempo offense like the Wildcats possess. Arizona employs five players in the RSCI 100 and, early on has four players who can score 15-20+ points a game per night. If you are Cincinnati, how does a team slow the Wildcats down? Unfortunately, Cincinnati does not have the depth of, say, Houston.

There is a thought process that points to the Bearcats’ ability to control the game through their three guards. However, Cincinnati lost to Northern Kentucky last time out. Let’s say that is a team that is nowhere near the top 25 in talent. Can the Bearcats even slow down a team like the Wildcats? The tendency is to trust going with the over, even if it is 158 points. That 158 total is not as high as it would appear.

Now, teams will have the chance to trade buckets with Arizona. So, their biggest concern is twofold. Can they cover, and can Arizona score 90+ points? The first question seems easy to answer, but the second depends on how much Cincinnati pushes the Wildcats. Those three guards versus a European juggernaut could be fun.

Lastly, betting experts are slowly trying to decrease the number. That offers more hope tonight for the over. It will not rise above 160. This is the good news. The bad news boils down to Cincinnati. Do the Bearcats go ice cold as they did versus Northern Kentucky? It was worse than the 51 points overall; the shooting percentage in the second half dipped below 25%. Bet the over!

The NCAA Basketball Monday Night Bets welcome a game with a smaller college feel. San Diego State is a better team than Ohio State expects. The Aztecs were among the best defensive teams in the Mountain West Conference last year. More importantly, this team could clamp down on any team at any time. They allowed a mere 58.1 points per game. Last year, their defensive rating was the highest in all college basketball.

So, the unwritten rule is San Diego State is still who they are. On the other hand, the Senior-laden team possesses a bit more offensive punch this year. That experience and chemistry could be thrust on a team like Ohio State. The Buckeyes play well enough, but that was against teams like Robert Morris and Eastern Illinois. San Diego State is the furthest thing from these colleges.

Yes, the spread feels deceptive. That is because Chris Holtmann and the Buckeyes possess little name recognition. This is a team that must take care of the basketball. If the Aztecs cause a lot of turnovers, Ohio State will have a long, long night.

For the NCAA Basketball Monday Night Bets, picking San Diego State at -3 points is a good pick on a night where a team like the Aztecs can keep the score down and turn turnovers into transitional offenses. The Buckeyes carry potential if this game was later in the year. However, Maui offers a perfect setting for San Diego State tonight. Okay, we meant to trap.

How About Betting Sites And Bonuses?