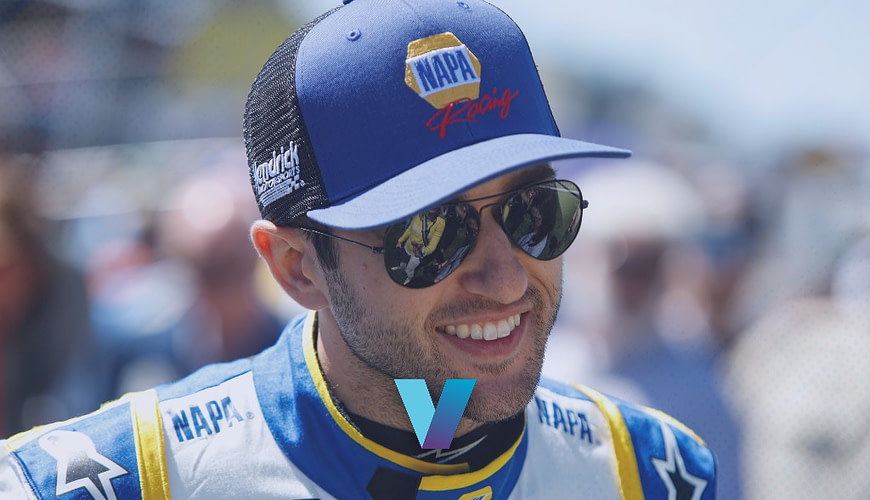 With Pocono ending up in a total chaotic mess, NASCAR treks to the famed Brickyard for the Verizon 200. With just five races before the playoff chase, the competition and shuffling of spots has created some interesting scenarios. One is does Chase Elliott keep rolling along? Should we back him “again”?

Once again, we present the top 16 drivers listed below in our NASCAR betting odds for Sunday’s race in Indianapolis, Indiana. This shows some intriguing trends as the NASCAR Brickyard bets keep are always in flux. It would appear that Hendricks and TrackHouse Racing could be favorites this week.

Chase Elliott is a significant NASCAR Brickyard Bets favorite even after last week’s “gift win”. Elliott managed to get his #9 car up to third position before the race ended. However, a further inspection caused a disqualification of Denny Hamlin and Kyle Busch of Joe Gibbs Racing. That gave Elliott his fourth win of the 2022 season and a 105 point lead over Ross Chastain in the points standings.

With just five races until the “NASCAR Playoff Chase”, Elliott is in prime position to accumulate playoff points much like Kyle Larson did last year. That helped give Larson enough padding to survive the early elimination rounds. That helped paved a way to the title. Most forget that Elliott won the NASCAR Championship two seasons ago. This week, the racers are in Indianapolis for the 2.5-mile road course version of Indianapolis.

Now, the Next-Gen car has been an exercise in chaos on the road. Remember last year’s race was a mess for the bumps and the moving curbing. Elliott, despite some missteps, still finished fourth behind eventual winner A.J. Allmendinger. Elliott has 11 top-five results in his last 15 road races and six wins. However, he has not won a road race in the Next-Gen car yet. That will surprise some pundits. Close but no cigar does not count here.

The big thing at VegasBetting, we suggest is to take some of the sublime and even the standings into account. The amount of cautions at Indianapolis expects to be high kind of like last year. Also, expect drivers to be more aware of their surroundings. Yes, there may be better choices for a top pick. However, Chase Elliott is still a NASCAR Brickyard Bets Favorite for a valid reason. Note, Elliott is going to feel he is due since he is 0 for the road in 2022.

Why The Toyotas Won’t Phone Home At The Verizon 200?

Last week changed so much in many ways few may see coming later. The Toyotas won’t phone home at the Verizon 200 (Brickyard) Why? For as good as Christopher Bell can be on road courses (see Daytona Road), the adjustments that Joe Gibbs Racing will have to do for all their cars will cause some problems. Bell did move up to fourth with the disqualifications of his teammates but that will cost dearly at Indianapolis.

So, do not expect Christopher Bell to win the Verizon 200 at the Brickyard. Arguably, we can make the case that no Toyota will win this week. Something tells us at VegasBetting that the overcompensation of adjustments for all Toyotas will have a ripple effect on Sunday. Sadly, that means Bell as well. Keep in mind, the Toyotas were not the only casualty. It could have been worse.

Again, McDowell got the equivalent of the Brad Keselowski penalty from earlier in the season. Keselowski has never factored into the playoffs truthfully since. This may have the same effect on McDowell and his Front Row Motorsports car. Toyota and Joe Gibbs Racing should almost be thankful. The docked points and playoff points could have really stung.

Speed intervals will not be very good with the Toyota nor will the handling. With all this said, the NASCAR Brickyard Bets says Christopher Bell is a long shot at best. One may ponder Kyle Busch. May.

Some Advice For The Brickyard This Sunday

Again, here is some simple advice for the Verizon 200 at the Brickyard this Sunday. There is a chance for some showers but do watch the weather anyway. Track conditions could be changeable even with temperatures expected to not be excessively hot. Also, watch to see if the course designers learned their lessons from last year and kept the Next-Gen car in mind. We will find out early who is running well and who is a little hesitant.

Drivers like Tyler Reddick and Daniel Suarez also noted that conditions in testing for Indianapolis were a little different than last year’s chaotic mess on race day. Keep this again in mind when betting. Remember there will be a full practice session more than likely and a full qualifying session too.

Ryan Blaney and Joey Logano carry the Ford hopes but these Fords may not factor much into the race. Some say to steer more toward the Chevy’s of TrackHouse Racing (Suarez and Ross Chastain). Again this could be the type of course that can create its own winner in a sense. That is why a guy like Reddick (who has won at Road America) is a possible NASCAR Brickyard Bets shot.

Tyler ReddickTo win the 2022 Race At The Brickyard

What About A.J. Allmendinger?

What about A.J. Allmendinger? Wait to see how he looks in practice and qualifying first.

Our Bet For The NASCAR Brickyard Bets…

Take Tyler Reddick to pass Chase Elliott and Ross Chastain to win at Indianapolis. That is our NASCAR Brickyard Bets.