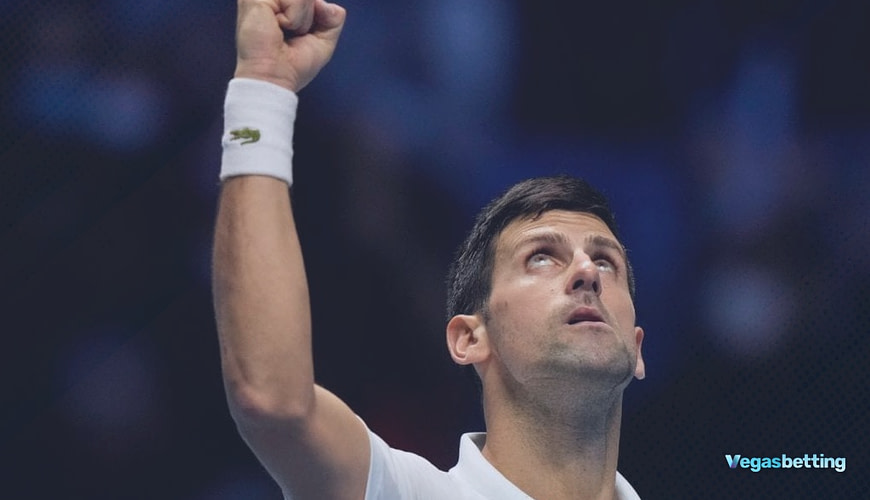 As the 2022 tennis season begins to get going, fans will inevitably focus on the first Grand Slam major. Men’s Tennis features the Australian Open starting next week. The opening Grand Slam of the 2022 season has fired off some unexpected fireworks already due to COVID, of course. At least, Novak Djokovic has made this a memorable fortnight to say the least.

The top men are listed below in our Men’s Australian Open Futures.

The number of players that could win this opening Grand Slam of 2022 is more than usual. That is where the problem comes in as far as handicapping this tournament. Again, the options are a bit more than the typical men’s Grand Slam. Novak Djokovic wants to keep winning grand slams and has a chance to break the grand slam record. There is one huge problem. Here is the sort of latest.

Now, is Djokovic going to be able to play? 2021 featured so many unexpected results but the last few weeks have jolted the tennis world with all this uncertainty. What happens to the tennis odds if Novak Djokovic is indeed out of this tournament? With less than a week remaining, that is not completely certain. Even over the past several days, there has been a slew of events that has felt like a roller coaster for bettors wanting to place wagers on Djokovic.

Again, some argue the tournament still could easily be won by Daniil Medvedev, Alexander Zverev, or even yes Rafael Nadal. Someone else, as a longer shot, could waltz in and win this opening major. All it takes is an upset or two to change things. In this case, that first upset may just happen even before the tournament gets underway from Melbourne early this upcoming weekend.

This is where the debate for Men’s Australian Open Futures heats up to ridiculousness. Naturally, no one quite knows what will happen during this opening Grand Slam.

Is Novak Djokovic The Favorite Or Out?

It is easy to see why Djokovic could be considered a favorite or out. There is no other more polarizing tennis player right now who has won three Grand Slams in the last calendar year. Even in his mid 30’s, the number one player in the world has one hellacious fight on his hands.

Furthermore, there has been some concern about the mental aspect of his game. Mental health is a very real issue for Djokovic and we saw that temper in the Olympics and even US Open on full display. Those acts may have gotten other players fined. That is the least of his worries currently.

Again, the COVID stance of Australia is currently his biggest issue. Djokovic has had a back and forth legal fight over his stance that natural immunity (had COVID previously) is grounds for a medical exemption. While appeals had given the tennis star a victory, he was then arrested early Monday (Eastern Time) and could again face deportation from Australia.

At the very least, this throws his chances of winning into flux. There is a risk to pick the would-be favorite when the favorite is under this much scrutiny even before a stroke is hit. With the best of five sets format and lack of training, the Serbian may have too much of an uphill fight here.

Hence, this Men’s Australian Open futures pick below is one where the odds may pop up unexpectedly if he plays. That’s right. Djokovic could very well be out. At what point, does he just pack up and go home? What would he have in the tank if he is allowed to play? The tournament goes from January 17th – January 30th.

What About Daniil Medvedev?

The questions about Daniil Medvedev are starting to become answered. Again Djokovic somehow playing would tilt the Men’s Australian Open Futures a significant amount. Why is he the favorite if the Serbian is out is simple? Medvedev was a finalist in last year’s opening grand slam. Also, he beat Djokovic at the US Open last September.

Medvedev is looked quite good in his tuneups and is currently second in the rankings. That hopefully gets him on the road to ready for the Australian Open.

According to many tennis pundits, Medvedev is poised to win one or more grand slams this season. He might even take over the number one ranking. He has the type of game that is evolving. It is hard to believe the Russian is only 25.

For the Australian Open Futures, our best bet is to pick Daniil Medvedev. Winning this tournament seems not too tall an order especially if there is no Djokovic.

Men’s Australian Open Futures Worth Taking A Shot At?

2021 taught us to just keep looking at the men’s field as a body of work and not one or two players. Despite this, the young guns in Alexander Zverev and Stefanos Tsitsipas. Zverev is the second favorite and could win the tournament. His numbers range around +300. Tsitsipas is a longer shot at +1600 on some sites.

Some will even eye Andy Murray but honestly Murray’s best days are long behind him and he just does not appear to be in the form to win. Even Rafael Nadal (knee) could go deep In the tournament but again the French Open may be more suited for his game right now.

Take Daniil Medvedev to win the Men’s Australian Open but do keep an eye out on his odds given the Novak Djokovic legal uncertainty.

Also, do not forget about the Vegas NFL betting sites for super wildcard weekend and ways to enjoy some good online betting payment methods.