Summer is officially here and people can’t wait for UFC 276 to arrive. There’s a loaded lineup of big-time matchups and there’s sure to be countless great punches thrown. Everyone can’t wait to see Israel Adesanya take on Jared Cannonier in the main event, with the two hungry to come out on top. In this piece, we have futures picks for UFC 276 event. Who will come away with big wins?

Adesanya is a big-time favorite over Cannonier

As you might have been able to guess, Adesanya is a big-time favorite over Cannonier for when they meet on July 2 in the main event. Adesanya is on a tear right now and he’s solidified himself as one of the best fighters out there, regardless of the division. Now, people are ready to see what he has in store for Cannonier, who will also be hungry to have his hand raised.

These two fighters have spectacular power, which will be showcased early on next month. From our chair, it really feels like it would be a surprise if this one didn’t end in a knockout. Several jabs and haymakers will be exchanged and with the power both of these guys have, they’re sure to deliver plenty of damage. Now, which round will a TKO come? We’ll have to wait and see.

Entering this brawl, Adesanya is an impressive 22-1-0, while Cannonier is 15-5-0. From their records alone, Adesanya is the favorite. He’s been nearly perfect whenever he’s gotten inside of the octagon, being nearly impossible to take down. Cannonier will try to do everything possible to record a stunner here, but it will surely be tough.

According to the best rated sportsbooks, Adesanya has been given -350 odds for this one, while Cannonier has been given +280 UFC odds. As you can see from those numbers, Vegas really thinks that Adesanya will have no issues pulling this one off. We agree in this case, as we’re going with Adesanya as our pick. Agree? Check out our UFC betting sites to get a wager in.

In the co-main event, Alexander Volkanovski is favored to beat Max Holloway in what’s sure to be an incredible matchup. This featherweight matchup is going to have millions and millions of people watching all across the world. Volkanovski will look to make a statement in this meeting, but Holloway surely knows he can potentially pull off an upset in this one too. Volkanovski knows it will be a close one.

“That’s why I talk about this third fight with Max being a big one. Dana (White) has even touched on it, that after this one I’ll go do my thing. It’s going to give me that time to go and at least have a chance to go after that double-champ status,” Volkanovski said during a presser. That’s what I want, so I’m going what I plan on doing and that’s what I’m going to call for.”

Volkanovski has the glory on his mind and it’s going to be interesting to see if he’ll be able to pull things off here. Holloway, who is 23-6-0 in his UFC career, will look to bring his best performance out and take down Volkanovski. With that said, Volkanovski will be ready to remind people why he has a 24-1-0 record. He’s looking to record his 25th win in style.

According to the oddsmakers, Volkanovski holds -184 odds, while Holloway has been set at +154. Holloway is surely going to have his hands full in recording an upset, which we think is going to be too tough for him to record. Volkanovski is on top of his game and he’s going to be set to light up the stage at UFC 276. Go with Volkanovski to get the win here, as he’ll be the one to come out on top.

Sean Strickland vs. Alex Pereira should be a great one

Last but not least, Sean Strickland vs. Alex Pereira should be a great one for fans to enjoy. This middleweight clash has plenty of people talking, as the odds for them both are virtually even. This only adds to how excited people are for this one to take centre stage. As soon as they put the gloves on, both guys will be ready to execute and light things up. So many folks are fired up to see how this ends up.

These two guys are pretty even odds-wise, as Strickland has been set at -106 and Pereira has been placed at -110. That tells you just how tight things are going to be. This fight really could go any way here. It’s going to be a toss-up, and picking one winner is tough to do. With that said, we think that Strickland will be able to pull things off and record a win. This could go the distance too. This is how good both of these fighters are. 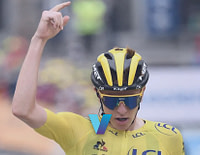