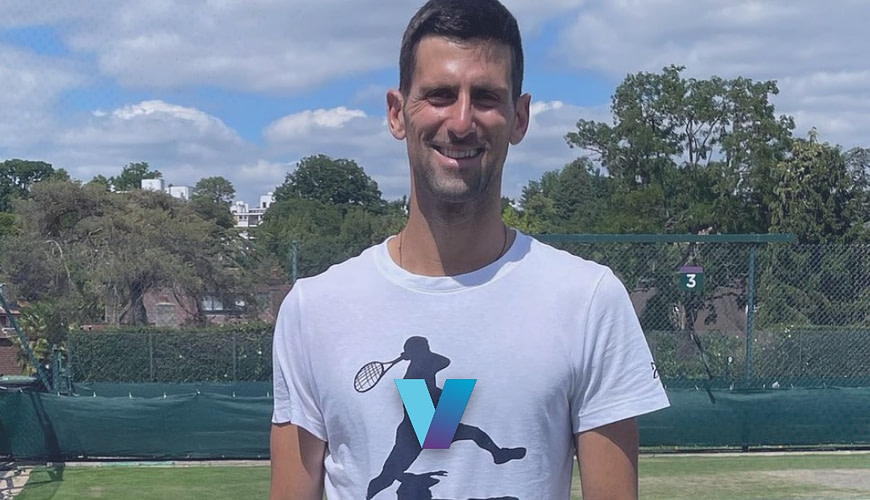 The heart of the tennis season may be over, but keep in mind that the new year is almost here, and star players are going to have their eyes on winning majors. To start the year, The Australian Open will arrive in January. There will be a ton of guys ready to make some noise. In this piece, we have our futures pick for the men’s tennis 2023 Australian Open. Who will come out on top?

Novak Djokovic is the favorite to win the 2023 Australian Open

To no surprise, Novak Djokovic is the favorite to win the 2023 Australian Open on the men’s side, as he’s playing the best tennis of his life right now. Djokovic is a legend of the game, and he’s hoping to keep his strong legacy going in the land down under. The Australian Open is without question one of the most prestigious tournaments in all of tennis, no one is going to argue about that.

Djokovic is no stranger to success in Australia. He’s one of the most decorated tennis players of his time. That’s why it’s no surprise he’s entering the tournament with such strong odds. Nothing would make him happier than getting through the field and winning it all. If that were to happen, you know he’d be over the moon to reach that accomplishment.

“The Australian Open has been my most successful Grand Slam,” Djokovic said in a recent interview discussing the tournament that’s right around the corner for him.” I made some of the best memories there. Of course, I want to go back there, play tennis, do what I do best, and hopefully, have a great Australian summer.”

According to tennis odds from the best-rated sportsbooks, which includes the reliable Bovada review, Djokovic holds the top Vegas tennis betting odds to win The Australian Open at +175. Several other players also have strong odds, and they’ll be hoping to come out on top. However, it won’t be easy, as many experts believe that Djokovic will raise the silverware. However, we think an upset will be on the way.

Carlos Alcaraz is our pick to win The Australian Open

In a bit of a surprise, we’re going in a different direction, as Carlos Alcaraz is our pick to win The Australian Open. Alcaraz is right behind Djokovic regarding the tennis betting odds, as he’s been set at +250. This tells you that the oddsmakers in Las Vegas also believe that Alcaraz has a great chance of winning it all. However, that’s not going to be easy.

This will be an intense field, with countless guys fired up to try and be the champion. For Djokovic and Alcaraz, they know that they’re going to have targets on their backs, as they both have the top odds. People would love to be able to slow them down. For Djokovic expressly, he was granted his visa to play in the tournament, which could bring him more motivation. He was deported last year due to not being vaccinated.

“I was thrilled to receive the news yesterday,” Djokovic said earlier this week about getting his visa approved to go compete in the tournament. “It was a relief knowing what people closest to me in my life and I have been through this year with what happened in Australia and post Australia.”

Despite Djokovic making his way to Australia and having so many men’s singles titles, Alcaraz is playing on a high level, too and he feels primed to dominate. Again, this isn’t going to be easy for him, but he sure has what it takes to take care of business. A Djokovic vs. Alcaraz final would be amazing to see. If that does happen, Alcaraz will 100 percent be our pick. Agree? Check out our betting sites, including the MyBookie sportsbook, to make a wager.

There are several other players to watch at The Australian Open

One thing to keep in mind when making your bet that there are several other players to watch at The Australian Open. Yes, Djokovic and Alcaraz are the top dogs, but guys like Daniil Medvedev, Nick Kyrgios, Rafael Nadal, and others are going to be hungry to make a splash as well. With Nadal, he will always be a threat to win a title whenever he’s competing.

Despite climbing in age, Nadal is still an absolute force. He’s brilliant with his left hand, and Djokovic, Alcaraz, and the rest of the players know they’ll have to take him seriously. With so many guys ready to compete in this tournament, it’s going to be a ton of fun to see how things play out. Winning a major title like this is never easy; someone will have to bring their absolute best. We can’t wait for this one to arrive.