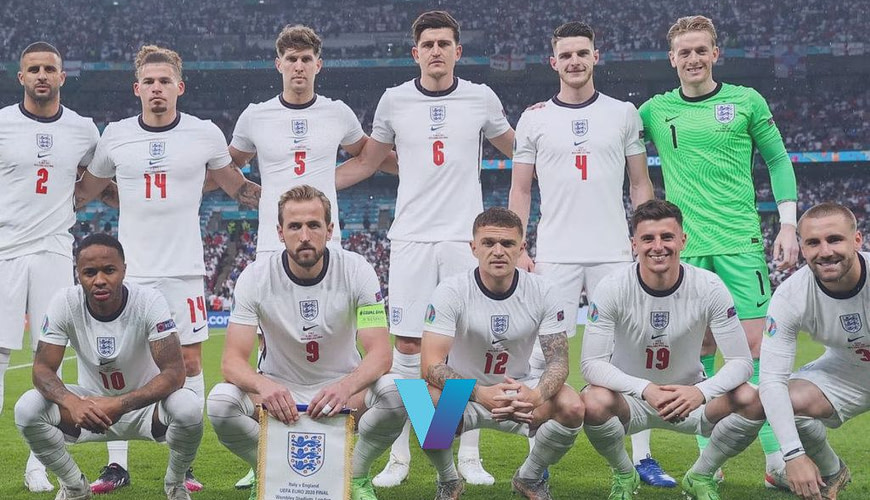 Yes, Bovada is just one of many Soccer World Cup betting sites as we approach the 2022 World Cup from Qatar. They were a staple for early MLS Odds during their season. So at VegasBetting, it made sense to use the site and see what numbers they provide for the next World Cup matches. This article reveals our World Cup 2022 picks for match number two between England and the USA.

England And The USA In The World Cup 2022 Picks

The competition for the 22nd World Cup continues on Friday as England and the USA tussle over in Qatar. Their first matches could not have gone any differently. As far as draws go, the Americans had the win and let it slip away. Their first half was full of bravado, but the second half was tentative and nervous. The USA dropped what could be a valuable two points in the World Cup 2022 picks.

The Americans came in with a FIFA World Ranking of 16th. Now, Wales was considered an even match based on their 19th-placed slot. However, the USA came out early and netted the first goal. Tim Weah (36th minute) surprised everyone with a through-ball that found its way into the back of the net. That spotted the Americans an early 1-0 lead which they held on to through halftime.

So, remember what we said about youth and concerns about coaching substitutions last weekend? Unfortunately for the USA, the lack of finishing early chances doomed the Americans late. The second half saw the team get nervous with the ball, make mistakes, and get out of sync. Crosses went wayward too often for words in this match. During the 82nd minute, Gareth Bale of Wales was fouled. He converted the penalty as Wales went on for the draw.

Now, World Cup 2022 picks answer the biggest question. Can the Americans pull off the improbable against England?

England Roars Up The Lions

Iran and its experience were believed to be a real wildcard in Group B. That was before England roared up the lions. After a scary incident where Iran’s goaltender and defender clashed heads, England took advantage. Three goals in about ten minutes gave the lions an insurmountable three-goal cushion at halftime. Raheem Sterling scored the third goal on a pretty play just a minute into stoppage time for a punctuation mark.

World Cup 2022 picks hit the over in the England match, but the men from across the pond kept scoring. They added three more goals to Iran’s two in the second half for a 6-2 rout. The English can flat-out score. If teams press, this country can rev up the engines and make the opposition pay.

This second match sets up much better for England. Some pundits argue that the Americans will carry more of an urgency to play a 90-minute match. However, players like Saka, Sterling, and Bellingham will not stop generating chances. If anything, the English should be able to cut through the middle of the pitch against the Americans’ defense. Alas, the engine has started, and the lions will not slow down anytime soon.

The Americans hope for a draw in the worst way for the 2022 World Cup Picks. Watch this match on Friday, November 25th, via FOX or Telemundo en Espanol. The game starts at night (just after 10:00) in Al Bay. The expectation is that the balanced of England is too much for an American squad carrying several yellow cards. Even with Tim Yeah and Christian Pulisic looking fast, that is not enough.

EnglandTo beat the Americans on Friday

2022 World Cup Picks for the England vs USA match features more betting choices. England’s experience versus America’s youth is a matchup where experience wins 99 times out of 100. So, how does a bettor foster that advantage? The over of 2.5 goals is at -110 and may drift closer to plus value. There is a good reason for this assertion because of American nervousness.

Predictably, England kept playing its style in their opening match while the Americans started running scared. Will the USA come out more loose than in match one? That is possible. However, England is ranked fifth in the world for a reason. They strike precisely and quickly.

With the Americans, the key is Yunus Musah and the midfield. He was not quite as visible in the opener as some would have liked. Look at how England’s transition functioned fluidly with their crosses and 1-2’s. The Americans played the exact opposite. So many plays became disjointed, as if they were a fraction off.

There is Room For More!

There is room for more in the World Cup 2022 picks. According to BetOnline online sportsbook, Americans are the biggest liability in wagering. What if we go all in on England here? Let’s assume the Americans lose on Friday, a wager on four points exactly pays out at +275, while England getting nine points or Bukayo Saka winning the Golden Ball at +5000 is a little intriguing now.

Once more, with an English win in mind, there is a possibility England will win by two or more goals. That pays out at +155.

EnglandTo win by two or more goals on Friday