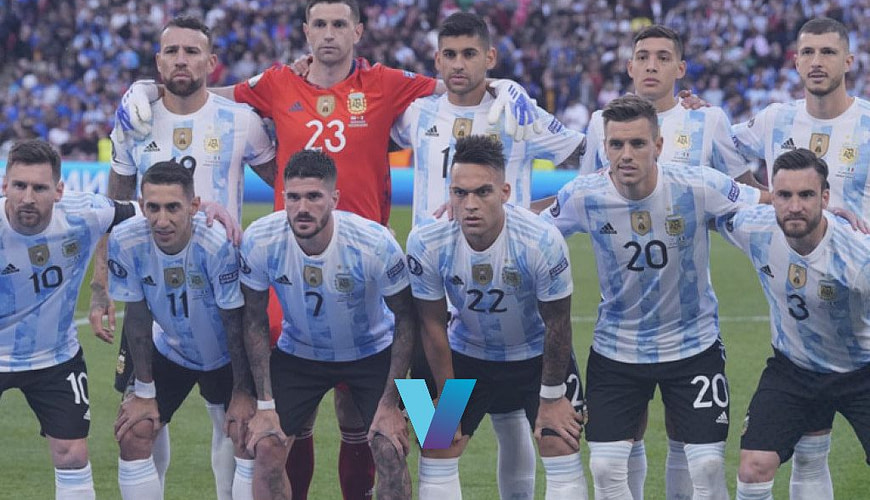 So, Bovada is one of many Soccer World Cup betting sites as the 2022 World Cup from Qatar continues this week. They hit hard with MLS Numbers during the season. So at VegasBetting, it made sense to utilize the site and see what numbers they provide for the next World Cup matches. This article reveals our World Cup 2022 picks for match number two between Argentina and Mexico.

The World Cup delivered its first real jolt (okay, more like a giant bang) as Argentina and Mexico will battle Saturday in Qatar. Their first matches could not have gone any differently. As far as draws go, the Mexicans had chances to win and just could not convert against Poland. Meanwhile, Argentina lost three points in the World Cup 2022 picks via one of the most shocking results.

The Argentinians came in with a FIFA World Ranking of 3rd. Now, Wales was considered an afterthought based on their standing at 51st. However, despite allowing an early going on penalty kick to Lionel Messi, Saudi Arabia was only down 1-0 at halftime. What happened during the opening portion of the second half can only be described as stunning. It left even the best experts completely speechless.

So, remember what we said about expecting the unexpected last weekend? Unfortunately for Argentina, Saudi Arabia went with a full-press attack high, and it worked to perfection. Saleh Alshehri and Salem Aldawsari scored five minutes apart. The Aldawsari effort was incredible as he dribbled, shot hard and high, and found the back of the net despite the best efforts of the Argentinian goalkeeper.

From there, Saudi Arabia still got a few opportunities, but Argentina could not take advantage of nine corner kicks. Everyone will forever talk about the three offsides goals. However, despite more than 10 minutes of stoppage time, Argentina could not break through to level the match. This puts Argentina in an urgent situation to accumulate points. Now, World Cup 2022 picks answer the biggest question. Can Argentina bounce back against Mexico?

Mexico thought they could take three points versus Poland. They believed that the plan was to build a cushion and then hope for luck against Argentina before playing Saudi Arabia. Then, the script changed two ways for the Mexicans. First, Argentina lost, and then Mexico managed a scoreless draw against Poland. This was despite 11 shot attempts and four on target. Mexico held the edge in possession, too (61 to 39%). That did not matter.

World Cup 2022 picks hinted that this could happen, especially after the Argentina result. Mexico saw what occurred, and as the second half grew longer, the draw became more apparent. Give the Mexicans credit for neutralizing Robert Lewandowski. However, Guillermo Ochoa was called upon to stop the Polish superstar on a penalty shot early. He made the save and Poland became less and less of a threat.

This second match sets up poorly for Mexico. Some pundits argue that the Mexicans have a chance to draw on Saturday afternoon. How many attacks will Ochoa be able to fend off from an angry Argentina squad? Mexico has not scored in their past three World Cup matches. Their 4-3-3 yielded few chances, but Argentina and Messi will attack the midfield all afternoon.

The Mexicans hope for a draw in the worst way for the 2022 World Cup Picks. Watch this match on Saturday, November 26th, via FOX or Telemundo en Espanol. The game starts at night (just after 10:00) in Lusail. The expectation is that the Argentina offense may have better success against Mexico since two defenders carry yellow cards. That draw number is interesting.

MexicoTo draw versus Argentina on Saturday

World Cup 2022 Picks for Argentina vs Mexico match features more betting choices. Argentina’s anger expects to yield more chances for and against. Urgency expected to heighten, and the thought process is that Argentina will solve Ochoa at some point in this tilt. Is the South American squad as good as their ranking? That answer is likely no. However, they are not far off, and that should scare Mexico.

Expect Mexico to keep coming out playing their predictable method of keep-away while trying to hold firm against the onslaught from Argentina. Argentina snagged a 61% chance of winning, while Mexico is only at 15%. There is the remaining 24% for the draw. That speaks volumes. Also, no Gimenez and Chicharito give Argentina even more hope.

Again, there were those three goals that were called offside. At least one was arguably onside. Does Saudi Arabia come back from 2-0 down? That answer is a resounding no. The Argentina moneyline for Saturday is at -173. That is not the most optimal of bets.

For the World Cup 2022 picks, a value bet must be placed on Argentina winning by two goals at +169. Given what we saw early from Argentina on Tuesday, a different result is likely.

How About One More!

There is room for one more in the World Cup 2022 picks. According to BetOnline online sportsbook, Argentina is the most likely team to bounce back. Again, that 61% win probability could increase by the weekend.

Once more, with an Argentina triumph expected, there is a possibility Argentina could score exactly two goals. That carries a +235 number.

Here are more betting site online bonuses to get on the World Cup bandwagon this week!