A New Champion Every Year

No one team has dominated the National Football Conference Championship over the last decade.

How did these NFC champions do in the Super Bowl? They went 5-5.

The Dallas Cowboys won the first two NFC championships in 1970 and 1971 and no team has won more than two consecutive titles.

The Super Bowl champions from Philadelphia (+400) are the favorites to repeat again this season (odds provided by Bovada). The Los Angeles Rams (+450) are the second pick with the Green Bay Packers (+600) in third.

At the end of the 16-game regular season in the NFC, the four division winners and the next two teams with the best records (wild cards) advance to the postseason.

The division winners are seeded one through four with the team with the best overall record ranked No. 1. The wild-card teams, also ranked based on record, are seeded No. 5 and 6.

The Eagles were the No. 1 seed in 2017. They won the NFC Championship and their first league title in Super Bowl LII. They are once again the favorites (+400) to repeat as conference champions. The Arizona Cardinals — who finished 8-8 last season — lost the conference final three years ago, but they are the longest shot on the board (+4500) to get the job done this year.

Is it possible for the Eagles to be even better than the team that won Super Bowl LII?

Yes, it is. Their franchise quarterback in Carson Wentz was among the MVP favorites before he was injured last season. He will be motivated to return to the big game. The Eagles also added Michael Bennett to the defensive line, which will make this top 10 unit even stronger.

But before the city starts planning another victory parade, the road ahead for the champs is littered with many playoff contenders. The Eagles will face most of the top NFC teams, including the Vikings in Week 5 and the Rams in Week 15.

The Eagles have a tough schedule and a target on their backs.

This is the up-and-coming team in the NFC. The Rams had their best season in more than a decade under first-year head coach Sean McVay.

They had their first winning season since 2006 and reached the postseason for the first time since 2004. Inexperience cost the Rams in the playoffs, but management has made some moves in the offseason that just might put them over the top.

The Rams have a trio of players who could be in the MVP discussion this season. Quarterback Jared Goff keeps getting better every year, Todd Gurley is one of the best running backs in the league and Aaron Donald is a beast on the defensive line.

Like most of the top teams in the league, the Packers only go as far as their franchise QB will take them. And Aaron Rodgers is arguably the best in the NFL. He missed nine games due to injury last season and the Packers missed the playoffs.

Rodgers, a two-time league MVP, returns to a team that made a ton of changes to its coaching staff. They also went all-in in the draft by grabbing cornerbacks and receivers. But the biggest addition is free agent tight end Jimmy Graham, who will compliment another top receiver in Davante Adams. Graham could be in for a career season.

On the downside: the Packers drew the toughest schedule in the NFL.

The Vikings stole the spotlight in the free agency market by signing QB Kirk Cousins to a three-year, $84-million contract. While Cousins never won anything in Washington, management obviously feels he’s the perfect fit to take the Vikings all the way after an impressive run last season.

The Vikings, much like the Rams, are balanced with talent on both sides of the ball. Running back Dalvin Cook returns from injury to go along with a great receiving corp led by Stefon Diggs. Minnesota’s fierce defense held teams under 300 yards passing and 100 yards rushing per game.

The Vikings meet all three of the top contenders on the road this season.

Unlike most NFL teams, the QB is not the MVP of this unit. Running back Ezekiel Elliott is. The Cowboys need Zeke for 16 games on full throttle to have any chance at a run in the NFC playoffs.

A strong running game will give Dak Prescott plenty of options downfield, even without Dez Bryant and Jason Witten.

The Cowboys had a “disappointing” 9-7 season last year. Expect a better result in 2018.

The Lions are making improvements every year under GM Bob Quinn. Now, they’ve added a couple of former Patriots in new head coach Matt Patricia and running back LeGarrette Blount.

The biggest question for the Lions lately has been their running game. It’s put a lot of pressure on their star QB in Matthew Stafford. If the Lions can balance their attack, they could surprise some teams after two 9-7 seasons.

VGB’s pick — Los Angeles Rams (+450). The Eagles have a very tough road ahead of them this season as Super Bowl champions. And, as the stats show, a new team seems to win this conference year after year. The Rams are building a monster in L.A. 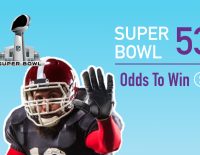 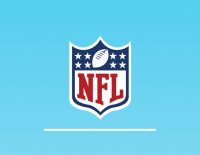