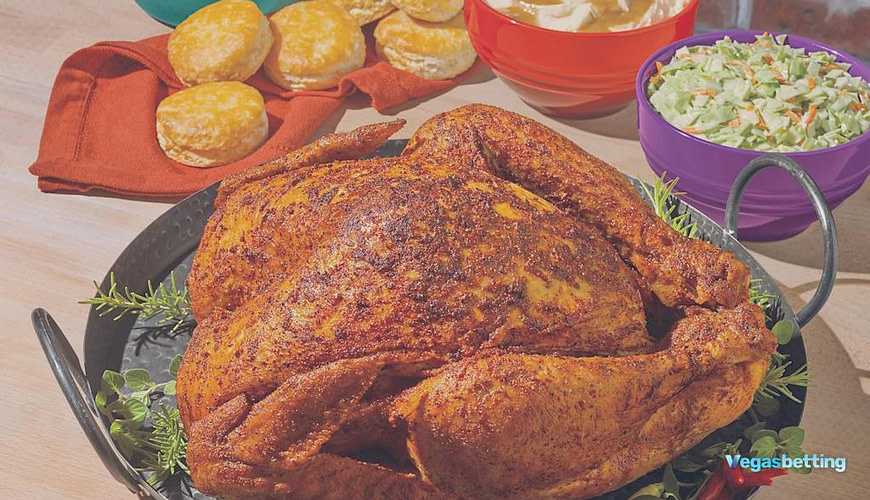 Thanksgiving week for the NFL is this week which features some great matchups. There are some extremely close games that will hook the fans in. This VegasBetting article features our Thanksgiving NFL Betting picks as Week 12 gets underway on Thursday.

Will the Detroit Lions finally enjoy some home cooking in the Detroit dome? Also, can the Dallas Cowboys bounce back in the stadium that Jerry built? Finally, will the Buffalo Bills be able to go down to the dome in New Orleans and rediscover their offense?

The Lions will defeat the Bears on Thanksgiving

Even with an 0-9-1 record, the Lions will defeat the Bears on Thanksgiving. The problem is that the Detroit Lions are winless and most everyone just presumes this will be an automatic win for the Chicago Bears. That may be the biggest mistake on the planet. Maybe not so much in recent years, but strange things happen often in Detroit on the day where lots of turkey has been served.

It has been a trying season for the Detroit Lions to say the least. They lost previously to the Chicago Bears at Solider Field during Week 4. The score was closer than the 10-point margin of defeat suggested. Also, D’Andre Swift (14 carries, 136 yards) did not have the prominent role he expects to this week at home versus Chicago. The maligned Detroit defense will give up their yards rushing. Their pass defense is one of the better ones in the NFL over the past six weeks.

Detroit ran for 168 yards in Cleveland which is not easy to do. The Lions nearly won despite two glaring mistakes from quarterback, Tim Boyle. Aside from the stinker against Philadelphia, the Detroit rushing defense has also been better at home. Now, what about those numbers for Thanksgiving Day in the National Football League?

Back to the Chicago Bears, the NFC North is long gone as a possibility. However, a playoff spot is starting to become fleeting as well. Yes, the 3-7 Bears have lost some close games they should have perhaps won (see Baltimore last week). In a way, both Chicago and Detroit are fascinating case studies in how not to win.

Pick the Detroit moneyline over Chicago on Thanksgiving

The Lions enter this game as 3 1/2 point underdogs. Why? It is simple. Someone has to win and Detroit is at home in the dome on Turkey Day. The spread has been set at 3.5 points, with -110 odds that the Lions covers, and -110 on the Vegas NFL betting odds that the Bears cover.

The Detroit Lions win one with a plus-moneyline advantage over the Chicago Bears on Thanksgiving.

The Cowboys should beat the stuffing out of the Raiders

Over at AT&T stadium in Arlington, Texas Thursday afternoon, the Cowboys should beat the stuffing out of the Raiders on Thanksgiving. Dallas tends to play better at Jerry World. So, this will not be easy for Dallas as the Kansas City Chiefs of all teams slowed their offense down to a crawl in Week 11 as the Cowboys scored just nine points in a 19-9 road defeat.

The Cowboys often have a nice history of rebounding after losses like this, with five straight wins after that season opening heartbreaker in Tampa Bay. Yes, Las Vegas and their passing game will be dangerous but the Dallas offensive balance at home is far more intimidating. Weather expects to help Dallas a bit as a “Blue Norther” of sorts rolls through Texas on Thursday. Breezy conditions and temperatures falling through the 50’s may be difficult for Las Vegas to adjust to. It will not be for Dallas.

With Dallas, the team is hoping to get back in the win column. Some believe the Raiders can keep this game close and perhaps win. This Thanksgiving NFL betting pick holds more interest than it looks. Can the Cowboys hold off the Raiders on the national stage?

So, online betting site in Vegas list the Cowboys at -310, while the Raiders limp in at +260. Derek Carr and the Raiders come in losers of three straight at 5-5. We’re siding with the Dallas Cowboys and the home turkey as our pick. Do you agree? Check out some sweet and enticing betting site bonuses from Vegas bookmakers and make that money grow!

The Bills and Saints cap off Thanksgiving NFL Betting Picks

The nightcap for Thanksgiving NFL Betting Picks takes us down to the sweet sounds of New Orleans. The New Orleans Saints grapple against Josh Allen and a ticked Buffalo Bills team on Thursday night. I am jacked for this, as the Bills and Saints should cap the NFL Thanksgiving enthusiasm. These teams need wins badly for different reasons and Josh Allen needs to right his ship as well as Buffalo’s.

The largest question mark for Buffalo is still Josh Allen. Can he come back from another subpar outing last week against the Indianapolis Colts. Buffalo allowed 41 points which was bad enough but Allen mustered just 209 yards, two touchdowns and two interceptions. The Bills run defense was smashed by Jonathan Taylor who ran for 184 yards and had five touchdowns overall.

Then, there are the Saints. The offense has gone stagnant almost without Alvin Kamara and even with him, Buffalo will be irate after the past two weeks. New Orleans will need to run as their passing game is mediocre despite the yardage. Trevor Simian had two more glaring mistakes against Philadelphia on Sunday.

Buffalo will enter this one with -205 road odds, while the Saints are now listed as +170 home underdogs. This expects to be a game where the over hits with Buffalo and Allen squeaking one out late. That is our pick.

Top sportsbooks below offer more options. Check them out!