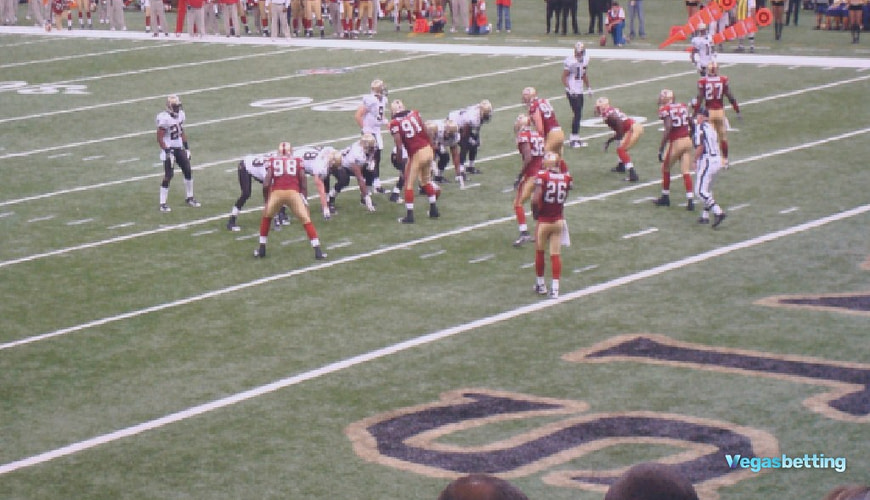 Come Monday night, all eyes will be on Lumen Field in the Pacific Northwest, with Seattle all set to host New Orleans in what should be a great game. The Saints have been a surprise this year, while Seattle has really disappointed. In this piece, we have NFL MNF picks for Seahawks vs. Saints. Will Jameis Winston be able to power his team to a road win in this one?

Saints are strong favorites to come away with a victory

Heading into this showdown of the two NFC teams, the Saints are strong favorites to come away with a victory. New Orleans is the big favorite despite being the road team. However, this was expected with Russell Wilson still out due to his thumb injury. Wilson was placed on Injured Reserve and won’t be back in action until next month. That means that Geno Smith will once again start for Seattle.

While Smith is a veteran in this league and is able to make some plays, the drop off between him and Wilson really is monstrous. Smith simply can’t make the same kind of plays that Wilson does. That has been evident in the past two games for Seattle, where they’ve lost to the Rams and Steelers. In the Week 6 showdown, Smith really had a performance to forget.

The Steelers’ defense continued to make great plays against him and Seattle, with stud pass-rusher T.J. Watt leading the way. This included the forced fumble in overtime that set up the game-winning field goal for Pittsburgh. Smith shouldered the blame for that play, as he told reporters after the loss that he simply has to play better moving forward. Countless people agree with him there.

Per the Las Vegas sportsbooks, New Orleans holds -225 NFL odds to leave the field with a victory, while the Seahawks have been set at +188. Normally you’d go with the home team in a primetime showdown like this, but it’s clear that Seattle just isn’t the same calibre of a squad when Wilson isn’t out on the field. New Orleans should be able to record a win here, which is why they’re our pick.

Will the over or under hit between the Seahawks and Saints?

A question everyone has on their minds is will the over or under hit between the Seahawks and Saints? Normally, we’d go with the under here because of Wilson being out, but the fact of the matter is that New Orleans’ offense has looked sharp and the Seattle defense has also struggled at times. Winston could be ready to take full advantage of this once they meet on Monday.

The last time we saw the Saints in action was going up against the Washington Football Team in Week 5. In that win, New Orleans scored 33 points. Winston led the way with his 279 passing yards and four touchdowns. Alvin Kamara also rushed for 71 yards and added a score, while wide receiver Marquez Callaway hauled in two touchdown passes against Washington.

What makes New Orleans so dangerous at times too is they can bring in Taysom Hill at quarterback to really throw off a defense. We’ve seen that happen multiple times this year. Will Seattle be ready to stop him if he were to enter the game in Week 7? Pete Carroll’s team would like not be fooled, but Seattle’s defense really has left much to be desired this year.

For the Seahawks to be 2-4 this season is something no one was expecting. We think New Orleans will end up recording a 24-17 win on Monday night, which would cover the over/under of 43 points. The over has -110 odds, while the under also has those same odds listed. We’re going with the over, folks. Do you agree with us? Check out our NFL betting sites and get a wager in.

Seahawks and Saints to hit the over

Look for the Saints to start things off with a bang

With New Orleans hyped up for this contest after a bye, look for the Saints to start things off with a bang going up against Seattle in Monday Night Football. Winston, a former first-round pick, will be ready to get the ball back in his hands and try and throw the ball all over the field. It wouldn’t be a surprise to see New Orleans get the ball and score on their opening drive.

The same can’t be said for the Seahawks, as this offense really looked sluggish last week against Pittsburgh. The focus for New Orleans will be to continue to apply pressure early and often on Smith. When he’s got hands in his face and bodies trying to bring him down, it gets to him and he looks rushed at times. With the Saints knowing this, they’ll likely blitz pretty frequently.

Having said that, the odds for New Orleans to score the first touchdown against Seattle are +185. Seattle’s odds to get on the board first are +280. With the ball in Winston’s hands against a deflated team… that could spell trouble for Carroll and his coaching staff. On the other side of the field, coach Sean Payton will be ready for his team to make an early state. We’re picking the Saints to score a touchdown first.