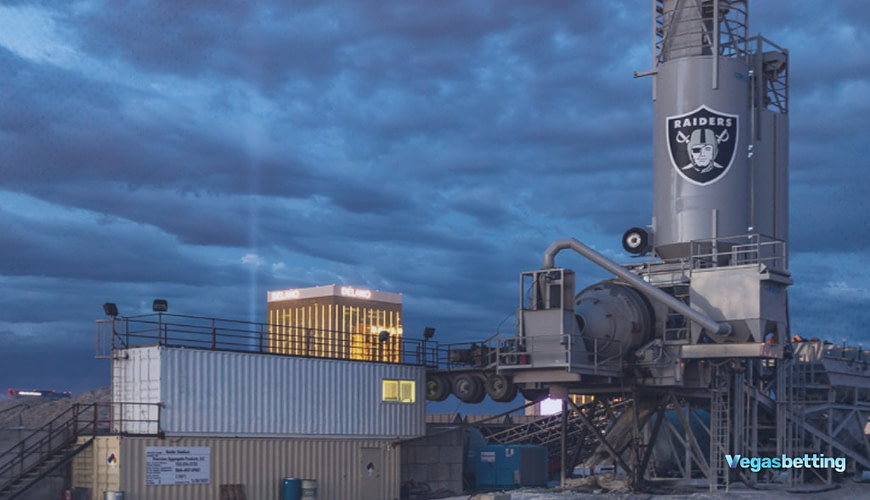 It’s all coming down to this, folks. In the last weekend of the NFL regular season, multiple teams are trying to grab the final spots still open for the playoffs. This includes the Las Vegas Raiders, who need to win on Sunday against the Los Angeles Chargers. Having said that, oddsmakers think the Las Vegas Raiders will miss NFL playoffs and it has folks bummed. Will they be able to surprise their doubters?

Raiders don’t have high NFL odds to win on Sunday

The bad news has indeed come in for Las Vegas fans, as the Raiders don’t have high NFL odds to win on Sunday against LA. This shouldn’t come as a major surprise, as the Chargers are the home team and they’ve got nearly a fully healthy team out there. Oh, Justin Herbert is also one of the best quarterbacks in the AFC, and he’s ready to do whatever is needed to record a win.

On top of that, the fact that Austin Ekeler is good to go from his previous injury is bad news for the Las Vegas offense as well. Ekeler is a fantastic running back and he’s been a touchdown machine for the Chargers. He’s great at running the ball and catching it out of the backfield and turning up field as well. This is going to make life difficult for Vegas.

As for the Raiders, the good news for them is that Darren Waller might be able to get himself back on the field for this one. The star tight end has been dealing with both a back and neck injury, while also being placed on the COVID list last week. Despite all of that adversity, the hope is that Waller will be able to play this weekend with a trip to the postseason on the line.

According to the best-rated online sportsbooks, the Raiders are underdogs with their +138 NFL Vegas odds against the Chargers. The betting money continues to come in for LA too, as Herbert is expected to lead his team to a win. Should the Raiders go on to lose, which people think will happen, it could also have an impact on how the offseason goes with star QB Derek Carr.

Derek Carr contract talks will be impacted by missing the playoffs

It goes without saying, but Derek Carr contract talks will be impacted by missing the playoffs for Las Vegas. Everyone knows that the two sides failed to reach a new long-term deal last offseason, with things being pushed back to this winter. However, with all of the changes in Las Vegas, is there a chance that things don’t get done this year either?

Carr is currently under his five-year contract through the end of the 2022 campaign. Las Vegas simply can’t afford to stand pat and not get something done in the near future. Having said that, could owner Mark Davis think that it’s time for a change with the offense. While Carr has a cannon for an arm, he simply hasn’t delivered for this team offensively.

Down the stretch this season, he really struggled with consistency. Matter of fact, Carr barely put up multiple-touchdown games this year, which was disappointing to see late in the fall. What really was worrisome for him as well was all of the turnovers. The interceptions got worse and worse each week, which is simply unacceptable for a veteran like him.

If the Raiders don’t give Carr a long-term extension, then it wouldn’t be a surprise to see the Raiders select a quarterback early on in the 2022 NFL Draft. Having said that, fans are hoping that Carr will return to Las Vegas in 2023 and remain as the team’s starting quarterback. Right now, things will be up in the air until Carr pens a new deal with the organization.

While the Carr discussions will also be a popular topic of conversation, you can’t forget that the Raiders coaching search is also a top priority for the front office. Ever since Jon Gruden resigned as head coach, different reports have linked multiple different candidates to take over. This is incredibly important for the Raiders to get things right this time.

So, which person will end up taking over as head coach to replace Gruden in a full-time role? There are multiple candidates who have been named. The list of course includes Kellen Moore, Dan Quinn, Brian Daboll, Jim Harbaugh, Eric Bienemy and many others. Fans have made it quite clear that they’re hoping to hear the news that Moore will take over.

On top of that, the Chiefs would absolutely hate to see Bienemy leave town, but the expectation is that he’ll end up landing a head coaching gig in the near future, so him taking the one with Las Vegas makes a ton of sense. Only time will tell who wins the job, but there are some seriously great candidates out there. We’ll see who Davis ends up going with.